Do you ever feel like you’re always worrying or that your thoughts are just out of control? If so, you may have obsessive-compulsive disorder (OCD). OCD is a mental illness that affects people of all ages and backgrounds. It is characterized by intrusive thoughts, compulsive behaviors, and extreme anxiety. Unfortunately, there is still a lot of misunderstanding and stigma surrounding OCD. In this blog post, we will discuss the basics of OCD genetic and how they play a role in the development of this mental illness. 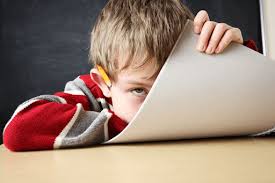 OCD is an anxiety disorder that causes people to have intrusive, unwanted thoughts (obsessions) and to perform repetitive behaviors (compulsions) to try to relieve their anxiety. OCD affects about two percent of the population and occurs equally in men and women.

There may be many different factors that contribute to the development of OCD. Some studies suggest that OCD may run in families, which suggests that there may be a genetic component to the disorder. Other studies have found that people with OCD often have abnormalities in certain brain structures and neurotransmitters. 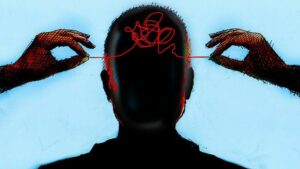 There is no single cause of OCD. Rather, it is thought to be caused by a combination of genetic and environmental factors.

As mentioned earlier, some research suggests that OCD may run in families, which suggests that there may be a genetic component to the condition. Studies have also found abnormalities in certain brain structures and neurotransmitters in people with OCD. However, it is not clear how these abnormalities lead to the development of OCD symptoms. There may be many different factors that contribute to the development of OCD.

Another factor is environmental factors. Some researchers believe that exposure to certain infections or toxins may trigger OCD in people who are predisposed to the condition. For example, one study found that children who had strep throat were more likely to develop OCD than other children.

It is also thought that stressful life events may play a role in the development of OCD. For example, research has shown that people with OCD are more likely to have experienced trauma or abuse during childhood than people without OCD. 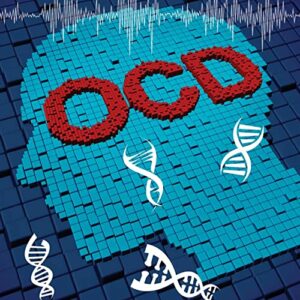 OCD is not caused by a single gene. It may be that a person with OCD inherits a tendency to be more anxious from their parents. This means that they may be more likely to develop OCD when they are exposed to stressful life events. However, it is not known why some people with the same genetic makeup do not develop OCD.

Genetics may also play a role in the severity of OCD symptoms. For example, someone with a parent or sibling with OCD may be more likely to have severe OCD than someone without a family history of the disorder.

There are many reports that suggest that OCD can run in families. However, it is not known for sure if this is due to genetics or other factors such as shared environment and upbringing. These factors may interact with each other to increase the risk of developing OCD.

It is important to remember that even if OCD is partly due to genetics, this does not mean that it is inevitable or that nothing can be done to treat it. Many people with OCD manage their symptoms successfully with treatment. If you are concerned about your mental health, please speak to your doctor or mental health professional.

OCD Genetic testing is a process by which doctors can test for genes that may be linked to OCD. This testing can be done through a blood test or a saliva sample. The results of these tests can help doctors to better understand the cause of OCD and how it can be treated. There are many different genes that have been linked to OCD, so it is important for doctors to know which ones are most likely to be involved in the disorder.

OCD genetic testing is not currently available for all patients with OCD. However, it is something that scientists are working on and it is hoped that more people will be able to benefit from this type of testing in the future. If you think you may benefit from OCD genetic testing, talk to your doctor about it. There may also be many other resources available to you, such as support groups and therapy. Remember, you are not alone in this journey. There are many people who understand what you are going through and can offer support.

OCD genetic testing is just one tool that doctors can use to help treat OCD. If you have OCD, there are many treatment options available to you. Talk to your doctor about the best course of treatment for you. With the right help, you can live a full and happy life.

OCD is a serious mental illness that can significantly impair an individual’s quality of life. Although the exact cause of OCD is not known, research suggests that it is likely a combination of genetic and environmental factors. If you or someone you know is struggling with OCD, there are many resources available to help. Treatment for OCD typically includes a combination of medication and therapy. With treatment, most people with OCD can learn to manage their symptoms and live fulfilling lives.

If you think you may have OCD, talk to your doctor or mental health professional. They can help you figure out if your symptoms are due to OCD or another condition. If you have OCD, treatment can help reduce your symptoms and improve your quality of life.

If you’re struggling with mental health problems, know that you’re not alone. MantraCare is here to help you with these mental health disorders. We offer group therapy, self-help strategies, and professional help. Contact us today to learn more about how we can help you! Helping someone with these disorders can be difficult, but it is important to encourage professional treatment, listen and be supportive, and encourage healthy coping mechanisms. MantraCare is here to help you every step of the way. You can also book a therapy or download our free Android or iOS app.