OCD, or obsessive-compulsive disorder, is a mental health condition that causes people to have intrusive thoughts and repetitive behaviors. One of the most common symptoms of OCD is repeating words or phrases. This can be extremely distressing and can interfere with daily life. If you are struggling with OCD repeating words, there are steps you can take to stop them. In this blog post, we will discuss what OCD repeating words are, how to stop them, and treatment options.

OCD repeating words is defined as a symptom where an individual with OCD repeats certain words or phrases either out loud or silently to oneself. This may happen in response to intrusive thoughts, anxiety, or stress.

Here, a person with OCD says a word or phrase over and over again. This can happen out loud or in their head. It can be a word that they just heard or something that they’re worried about.

The person may feel the need to repeat the words until they achieve a sense of comfort or relief. In some cases, the person may also count while repeating the words. OCD repeating words is often accompanied by other OCD symptoms such as washing and checking rituals.

What Are The Causes?

OCD repeating words may be caused by stress or trauma. OCD is a mental illness that can cause people to do things over and over again. Some major risk factors include: 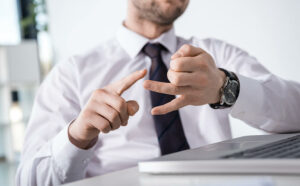 OCD repeating words can be caused by stress. When someone with OCD repeats words, it is usually done out of compulsion rather than meaning. The person may feel like they have to say the word a certain number of times, or they may feel that saying the word will prevent something bad from happening.

OCD can be caused by trauma, and one of the ways this manifests is through repetitive words or phrases. This may happen when someone experiences a traumatic event and their brain gets “stuck” on certain words or phrases that they heard during the event.

For example, if someone was in a car accident and they keep hearing the sound of the crash over and over again in their head, this could lead to them repeating certain words or phrases out loud as a way to try to stop the noise. By saying the words over and over, it’s like the person is trying to take back some power over what happened.

OCD can also be genetic. There is evidence that OCD repeating words may have a genetic component. People with OCD are more likely to have relatives with the disorder than people without OCD. This suggests that there may be a genetic predisposition for developing OCD. However, it is important to note that not everyone with a family member with OCD will develop the disorder themselves.

It is believed that multiple genes may be involved in the development of OCD repeating words. Studies have shown that if one identical twin has OCD, the other twin has a higher chance of also having the disorder. This suggests that genetics plays a role in its development.

OCD repeating words is a way of seeking perfection because it gives us a sense of control over our environment. We feel like if we can just control our thoughts and words perfectly, then everything will be okay.

What Are The Consequences?

OCD repeating words can result in the following outcomes:

OCD sufferers can often feel a great sense of isolation. This is because their OCD thoughts and behaviors can be so time-consuming that they can struggle to maintain healthy relationships and hobbies.

In addition, many people with OCD are afraid to tell others about their condition for fear of judgment or ridicule. As a result, they may withdraw from social situations and become increasingly isolated.

OCD repeating words can result in difficulty concentrating for a number of reasons. First, when someone with OCD repeats words, they may do so aloud or silently to themselves. This can serve as a distraction from other tasks and make it difficult to focus on anything else.

Additionally, OCD repeating words may also be part of a larger pattern of compulsions and obsessions that make it difficult to focus on anything else. For example, someone with OCD may have rituals around washing their hands or checking the locks on their doors that take up a lot of time and energy.

OCD repeating words can result in frustration for several reasons. First, constant repetition can be disruptive and interfere with daily activities. Secondly, OCD sufferers may fear that if they don’t repeat certain words or phrases, something bad will happen. This can lead to anxiety and further OCD symptoms.

Finally, OCD sufferers may feel that they are losing control of their thoughts and behaviors, which can be extremely distressing.

OCD repeating words can result in exhaustion for a few reasons. First, if you are constantly worried about saying the wrong thing or forgetting something, it can be mentally and emotionally draining.

Secondly, OCD can cause physical symptoms such as muscle tension and headaches, which can lead to fatigue. Lastly, people with OCD often have difficulty sleeping, which can also contribute to feeling exhausted.

OCD repeating words are often a result of OCD sufferers trying to control their thoughts. When someone with OCD has a thought that they cannot control, they may start to repeat words or phrases in an attempt to stop the thought from happening. This can lead to frustration and eventually anger. OCD sufferers may also become angry if they feel like they are not able to control their environment or the people around them.

OCD repeating words can result in depression for a number of reasons. OCD sufferers may start to believe that repeated words have some sort of special meaning or significance. This can cause a feeling of depression.

Additionally, OCD sufferers may avoid certain situations or activities altogether because they fear that they will trigger the OCD by repeating words. This avoidance can further contribute to feelings of isolation and loneliness.

Finally, the constant focus on OCD thoughts and behaviors can take up a lot of time and energy, leaving little room for other activities or interests. This can lead to a sense of stagnation. All of these factors can contribute to depression in OCD sufferers.

OCD repeating words are often experienced as a form of OCD-related anxiety. The worry that accompanies the compulsions (the urge to repeat words) can be significant and may result in avoidance behaviors, or even panic attacks. For some people with OCD, the anxiety is so severe that they are unable to leave their homes or interact with others.

One theory is that the act of repetition itself is Anxiety-provoking. Another possibility is that people with OCD associate certain words or phrases with danger or threat, and therefore feel anxious when they hear these words repeated.

How Can Therapies Help Recover?

OCD is a treatable condition. With the right treatment, most people with OCD can live fulfilling and productive lives. There are many different therapies that can help people recover from OCD. Some common therapies in this regard are: 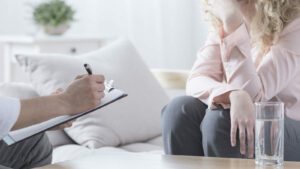 CBT is an effective treatment for OCD. It helps people to identify and change the thoughts and behaviors that contribute to their OCD symptoms.

In CBT, people learn how to expose themselves to the things that trigger their OCD, without engaging in compulsive behaviors. This can be a difficult process, but it can help people to recover from OCD. With CBT, people can learn how to manage their OCD and live a normal life.

ERP is a type of CBT that involves gradually exposing yourself to the things that trigger your OCD symptoms, without engaging in the compulsive behaviors that relieve your anxiety. Over time, you’ll learn to tolerate the anxiety-provoking situation without needing to do the compulsions.

ERP involves gradually exposing yourself to the things that trigger your OCD symptoms and learning to resist the urge to engage in your compulsive behaviors.

For example, someone with OCD who is afraid of contamination may be asked to touch doorknobs, shake hands with someone, or use public restrooms that would normally trigger their fear of contamination.

As they expose themselves to these feared situations, they can practice resisting the urge to engage in their compulsive behaviors, such as excessive hand-washing. Over time, they would learn that their anxiety will decrease and that nothing bad will happen if they don’t perform their compulsions.

How Can Medications Help? 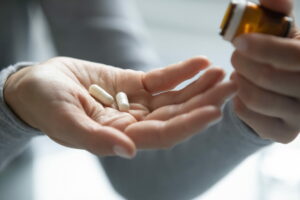 Medication can also be helpful in treating OCD. Antidepressants are often used to treat OCD because they help balance chemicals in the brain that affect mood and behavior. Some common OCD medications include:

There are many different types of OCD medications available, and the best one for you will depend on your individual circumstances. Some people with OCD find that a combination of medication and therapy works well for them, while others may only need one or the other. Medications can help to reduce the severity of OCD symptoms, making it easier to manage them and live a more normal life.

If you think that medication may be right for you, talk to your doctor about the different options available and what they may be able to do for you.

How Can Self-Care Strategies Help? 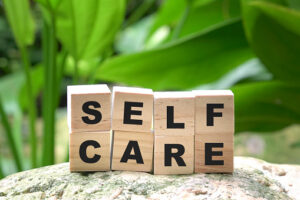 People with OCD Repeating Words often feel the need to repeat words or phrases over and over again. This can make it difficult to carry out normal activities and can cause a great deal of anxiety.

However, there are a number of self-care tips that can help recover from OCD. Some significant tips in this regard are as follows:

OCD Repeating Words can be a difficult condition to live with, but there are many ways to manage and cope with the symptoms. With the proper support and treatment, it is possible to lead a happy and fulfilling life.

At the end of this article, it is concluded that OCD is a serious mental disorder that should not be taken lightly. OCD repeating words is just one example of the many different types of OCD compulsions.

If you or someone you know suffers from OCD, please seek professional help. There are many resources available to help those suffering from OCD, and with treatment, people with OCD can lead happy and healthy lives. Never lose hope if your OCD is giving you a tough time. Have light and hope in your OCD journey.

Professional Guidance is the first step in order to move toward your healing journey. You can try reaching Mantra Care to seek expert help in the comfort of your own home. Our therapists will help you get a solution to manage and overcome your problem. You can book your online therapy and talk directly to your assigned mentor. You may also download our free Android or iOS app.