If you think that all narcissists are easy to spot, then you may be in for a surprise. There is a covert narcissist, and he is much harder to identify than his more overt counterparts. This type of narcissist hides his true colors well and often fools people into thinking that he is a nice guy. In this blog post, we will discuss the signs and symptoms of covert narcissism so that you can protect yourself from this dangerous personality type.

Who Is A Covert Narcissist? 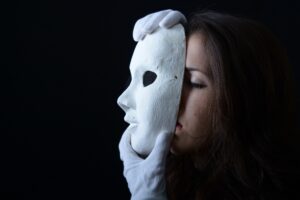 Covert narcissism is a subtype of narcissism that is characterized by being shy, introverted, and sensitive. They are often times perceived as being “nice” or “sweet.” However, covert narcissists are actually very manipulative and tend to use passive-aggressive behavior to get what they want.

Covert narcissists often have an inflated sense of self-importance and feel entitled to special treatment. They may be preoccupied with fantasies of success, power, or attractiveness. They may believe that they are superior to others and have little regard for other people’s feelings. Covert narcissists may be extremely sensitive to criticism or even the slightest hint of disapproval.

Signs Of A Covert Narcissist 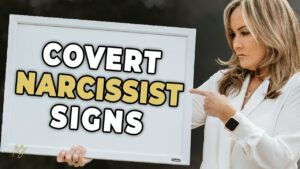 Covert narcissists are often passive-aggressive. This means that they may not openly express their hostility or negativity but instead may do so indirectly. For example, a covert narcissist may make snide or sarcastic comments, withhold compliments or support, spread rumors or gossip, or deliberately sabotage others’ efforts.

While covert narcissists’ passive-aggressive behaviors may not be as immediately obvious as those of other types of narcissists, they can be just as harmful and cause just as much damage to relationships.

They may tell you one thing and then do another. They may make promises and then break them. This can create a lot of stress and anxiety in those around them because it’s never quite clear what is going to happen next.

Covert narcissists are emotionally neglectful. They withhold attention and emotional support from those close to them, including their partner, children, and friends. This can leave covert narcissists’ loved ones feeling unimportant, invisible, and unworthy of love and attention.

Such personalities may also use guilt as a way to manipulate their loved ones into giving them the attention they crave. For example, a covert narcissist might say something like, “I can’t believe you would do this to me after all I’ve done for you.” By making their loved ones feel guilty, covert narcissists are able to control and manipulate them into giving them the attention they desire.

Covert narcissists are often shy or withdrawn. They may not be the life of the party, but they’re usually good at making people feel comfortable. They’re also often very charming and can be quite persuasive.

Such people often have a difficult time showing their true colors because they’re afraid of being rejected or exposed. This can make them seem like they’re always hiding something.

Covert narcissists may also have a hard time being assertive or standing up for themselves. This is because they don’t want to risk losing what they have. Instead, they’ll often go along with what others want or need without much resistance.

They may become argumentative, or even try to attack their criticizer verbally or physically. Covert narcissists also have a tendency to withhold love and affection from their partners when they feel that they are not being treated in the way that they believe they deserve. This can often lead to feelings of insecurity, anxiety, and loneliness in their relationship.

Successful In Their Chosen Field

Covert narcissists often live in a fantasy world. They believe that they are better than everyone else and that they deserve special treatment. They may fantasize about having power and influence or being rich and famous.

Covert narcissists often feel inadequate. They may feel like they’re not good enough, or that they don’t have what it takes to be successful. This can lead them to be highly critical of themselves and others.

They may also have a hard time taking compliments, as they often think that people are just trying to make them feel better about themselves. Covert narcissists may also try to control those around them in order to feel more secure in their own abilities.

Covert narcissists are experts at hiding their envy. They might not outwardly express it, but covert narcissists feel envious of others often. This is because they feel like they are not good enough or that others are better than them in some way. Covert narcissists might try to downplay their feelings of envy, but deep down, they seethe with jealousy when they see someone else succeed.

Covert narcissists are often very quick to hold a grudge. This is because they feel that they are always right, and anyone who disagrees with them is wrong. They may even go so far as to try to ruin the lives of those who have wronged them, in order to “prove” that they were right all along. This can be a very difficult trait to deal with, as it can lead to conflict and arguments which may never be resolved.

Give With A Goal

Covert narcissists are often very giving people. They may volunteer their time to help others, or they may give gifts with the intention of making the other person feel good. However, there is always a hidden agenda behind their giving. They are always looking for something in return.

For instance, the covert narcissist may volunteer their time to help a friend in need, but they will expect that friend to be available to them when they need help. They may also give gifts with the intention of making the other person feel indebted to them.

When interacting with people, the covert narcissist will be less apparent than the more obvious, extroverted narcissist.

The covert narcissist yearns for attention and adulation, but it may appear differently to those around them. They might offer backhanded compliments or purposefully minimize their accomplishments or talents so that others will tell them how wonderful they are.

Hence, Covert Narcissist is one who

Though we have given examples in the context of males, narcissism is not restricted to any specific gender. Females too could be narcissists. 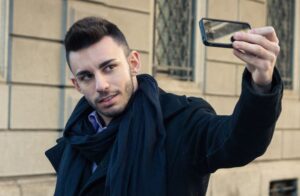 There are three primary significant traits of covert narcissists: grandiosity, devaluation, and withdrawal.

These three prominent features of covert narcissists often lead them to engage in manipulative and controlling behavior. They may try to control how others think, feel, and behave in order to make themselves look better or feel more important.

How To Cope With A Covert Narcissist? 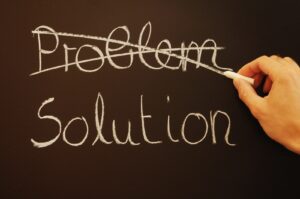 Encourage someone you know who is showing symptoms of covert narcissism to discuss these issues with their healthcare provider. A doctor or therapist may be able to suggest therapies that can help patients address these problems and cope better

covert narcissism is a serious mental health condition that should not be taken lightly. If you think you or someone you know may be suffering from this disorder, please reach out to a mental health professional for help.

Professional Guidance is the first step in order to move toward your healing journey. It will help you get a way to get rid of covert narcissism. You can try reaching Mantra Care to seek expert help in the comfort of your own home. Our therapists will help you get a solution to manage and overcome your problem. You can book your online therapy and talk directly to your assigned mentor. You may also download our free Android or iOS app.