Narcissistic rage is a term used to describe the anger felt by someone narcissistic when they are not getting their way or are being criticized. Narcissists can go into a fit of rage that is both dramatic and destructive.

This is why people in relationships with narcissists need to be able to identify signs and recognize triggers of narcissistic rage to anticipate the consequences if it does occur.

In this blog post, you will learn about what causes narcissistic rage, how narcissistic rage manifests itself in different ways, and how best to deal with it if you find yourself on the receiving end!

What Is Narcissistic Rage? 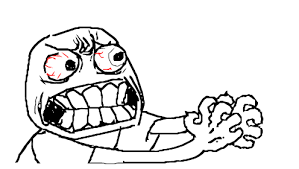 A narcissist is someone who has an over-inflated sense of self and a huge need for validation. They typically have no solid boundaries, so they will do anything to get what they think they deserve.

When their narcissistic ego feels threatened by any perceived criticism or lack of adoration from others, the person can flip out in anger with narcissistic rage.

The term “narcissistic rage” was coined by Heinz Kohut. He was a German-born American psychoanalyst who wrote extensively about narcissism in the 1970s. Narcissistic rage can be both explosive and destructive. It is an overwhelming display of anger and hostility that often results in verbal or physical abuse.

The types of narcissistic rage include:

This is when the person becomes cold, despite being angry. They can remain in control of their emotions and will not lash out physically. Instead, they become more self-righteous and judgmental about what you have done wrong or how horrible a person you are for making them “lose it”

This type of outburst usually stems from feeling disrespected or unappreciated by someone else and occurs without warning. It often starts with the narcissistic person screaming and making threats. They often follow up on these threats by throwing, smashing, or breaking objects in anger. 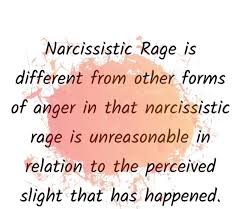 Certain signs can indicate a person is experiencing narcissistic rage.

A narcissist might engage in destructive behaviors such as drugs and alcohol, gambling, or compulsive shopping when feeling threatened by criticism.

The most common sign is an explosive temper. A narcissist may also become verbally abusive, or even physically violent. They may throw things, yell, and scream. Some narcissists will even stalk or harass their victims after the outburst has ended.

The person may become cold and aloof, or they might even disappear completely for a while. This tactic is often used when the narcissist has done something wrong and does not want to face any consequences for their actions.

The narcissist may try to control the victim by playing on their emotions, making them feel guilty, or using threats. They might also try to isolate the victim from friends and family members.

Narcissists can also have sudden, extreme mood swings. One moment they may be loving and complimentary, and the next they could be raging and hostile. They may also become uncharacteristically depressed and sullen.

The most common trigger is any kind of criticism. They think as though they are above reproach and any form of negativity or disapproval is a direct attack on their ego.

Another trigger is a lack of admiration and attention. Narcissists need to be the center of attention at all times. They need constant validation from others. So when they don’t get it they can become enraged.

A third trigger is feeling ignored or neglected. Narcissists are also very needy people. They want to be doted on constantly, which is another reason they become enraged when they don’t get the attention that they crave.

Narcissists have a huge need for validation and admiration. So when they experience self-doubt or insecurity, it can lead to narcissistic rage. This is because they feel like they are losing control and their image is being tarnished.

Fourth, envy can also be a trigger for narcissistic rage. A narcissist may feel threatened or inferior when someone is successful or has something they want. They may become enraged at the thought of someone being better than them.

In some cases, the person may simply feel threatened by something or someone. This could be an upcoming project at work, someone getting more attention than the narcissist, or an attractive person of the opposite sex.

Narcissists also have very fragile self-esteem. They need constant reinforcement of their value, so even compliments may be taken as criticism or invalidation. A narcissist can flip out if they feel like someone is trying to take away the credit for something they did well.

Narcissists also feel like they are superior to everyone else, so feeling inferior can trigger narcissistic rage. They may get angry if someone is making them look bad in front of others or showing signs that the narcissist isn’t as smart or successful as they claim to be.

Feeling Out Of Control

Finally, a person with NPD may have a meltdown if they feel like they are losing control of a situation. They need to be the center of attention and in charge at all times. So any situation where someone else is calling the shots could cause them to rage out. 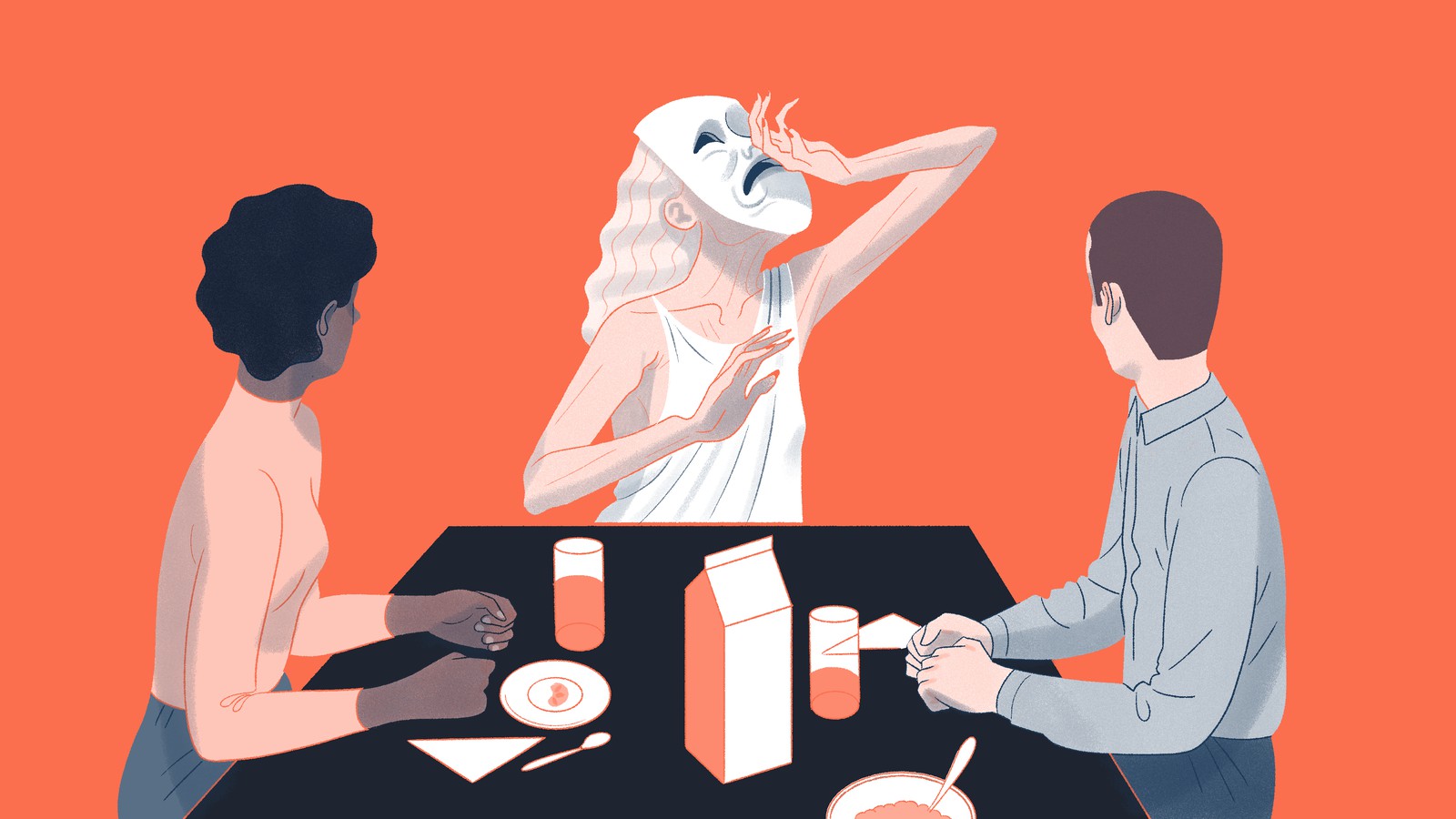 When a person with narcissistic personality disorder experiences rage, it can be very destructive. The consequences often include:

Narcissists may become physically violent during an outburst. This could involve lashing out at the person who triggered them or anyone else in their vicinity. They may also damage property or hurt animals.

The narcissist may attempt to hurt the person who offended them by using verbal abuse. They can say anything they need to to make themselves feel better and put down the other person as much as possible. This could be a spouse, child, or friend that was just trying to help.

Lashing Out At A Third Party

Narcissists may also take their rage out on someone unrelated to the situation that triggered them. This is because they feel like everyone else in the world is inferior and doesn’t deserve respect or kindness. They don’t care who gets hurt as long as they make themselves look better.

The narcissist might gaslight and triangulate to make the person they’re raging at look like a bad guy. They may bring up old issues that have nothing to do with what sparked their rage or tell other people lies about the victim to get them on their side instead.

When it’s over, the narcissist will often try to project all the blame onto the person they were raging at. They’ll say that it was their fault for triggering them or that they deserved everything they got.

The best way to deal with narcissistic rage is to prevent it from happening in the first place. This can be done by:

If you know what triggers a narcissist’s rage, you can try to avoid them or head them off before they get too angry. For example, if envy is a trigger for them, don’t mention how awesome their new car is or ask to borrow it.

Try not to invalidate a narcissist’s feelings and never threaten them if you want to avoid triggering narcissistic rage. Narcissists need constant reinforcement that they’re superior and better than everyone else. So anything that suggests the opposite could cause them to blow up.

One of the effective ways to deal with narcissistic rage is to not take things personally. Remember that the narcissist is acting out of their insecurities and isn’t mad at you. This can be tough, but it’s important not to let them get under your skin.

Not trying to control the situation

If you can, try to avoid trying to control the situation. This is something that narcissists are extremely sensitive about and will see as a direct challenge to their authority. Let them calm down on their own and don’t insist on talking to them until they’re ready.

Not giving the narcissist compliments or attention

Another way to avoid narcissistic rage is to not give the narcissist any compliments or attention. This will only make them feel more superior and fuel their need for validation. And when they simply don’t get it, it becomes increasingly annoying for them.

The best way to deal with narcissistic rage is to stand up for yourself and not let them abuse you verbally or physically. If necessary, walk away and don’t come back until they’ve calmed down. Narcissists need attention and if they don’t get it from you, they’ll eventually find someone else who will give it to them.

Keeping communication clear and concise without any emotional manipulation

To prevent narcissistic rage, it’s important to keep communication clear and concise without any emotional manipulation. Try not to beat around the bush or say things you don’t mean just to avoid an argument. This will only make the narcissist more agitated and could lead to a full-blown meltdown.

Narcissists can be incredibly frustrating to deal with, especially when they fly into a rage. If you have a loved one who suffers from a narcissistic personality disorder, it’s important to be aware of the signs of narcissistic rage. If you think you have someone high on narcissism and you seem to have little control, you can talk to our therapists on Therapy Mantra.

This way you can get them help before the situation gets too out of control. It’s also important to stay calm and supportive during an outburst, even if it’s difficult. Narcissists often (or may not) feel ashamed after a rage episode and may need your help to get back on their feet.