Have you ever had a friend who always told tall tales? Maybe they made up stories about their accomplishments or tried to make themselves seem more important than they are. Perhaps, they qualify as a narcissistic liar.

Narcissistic liars can come in many different forms and it is sometimes difficult to tell if someone is just self-centered and telling tall tales. Or if they’re trying to deceive you with lies that have no basis in reality.

In this blog post, we’ll explore how to identify a narcissistic liar, what makes them so dangerous, and some ways of confronting them!

Who Is a Narcissistic Liar?

A narcissistic liar is a person who lies to get what they want. They are often charming and persuasive. But their primary goal is always self-promotion. They want to present themselves in a certain light and believe they can get away with it.

They also tend to be quite good at rationalizing their behavior, which is what enables them to lie so convincingly. Narcissistic liars will say anything to make themselves look good, regardless of the truth or how it affects other people.

Lying is a common tactic used by narcissists because it works so effectively to achieve their goals without risking any damage to their self-image. They can lie with ease because they don’t have the same level of emotional connection to other people that most people do, which makes it easier for them to rationalize and justify lying.

A Trait of A Narcissistic Liar

One trait that distinguishes narcissistic liars from other people who tell lies for specific purposes is their lack of empathy for others. For instance, if someone asks a narcissistic liar about something they have done or said and the answer doesn’t fit with what the person knows to be true. They are likely to give an evasive response rather than admit that they were wrong.

Narcissistic lies are used by narcissistic liars to boost their self-esteem and grandiosity. They may lie about how great they are or exaggerate the truth so that things appear better than they are. These people do not mind crossing limits or going to extents to serve their intent or purpose.

They might also twist the facts of a story around to make other people look bad while making themselves look good, which is called projection. The distortion of reality can also take the form of lying about things that have happened to them, giving false impressions through body language or facial expressions, placing blame on other people for their own mistakes, or being unable to recognize how they’ve hurt someone else. 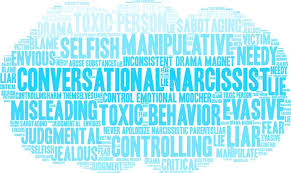 There are several different types of narcissistic lies. For example, a person might lie about their achievements or other positive attributes to make themselves look good in the eyes of other people. They may also try to avoid admitting failure by making up excuses for why they didn’t do something as well as expected.

Narcissistic lies can take many different forms. Some common examples include:

The Difference Between Narcissistic and Normal Lies

The difference between narcissistic lies and normal lies is that a narcissist uses these kinds of lies to boost their self-esteem. Even if it means harming another person, a narcissistic liar will do what they have to to protect the image they want others to see.

While most people tell lies at some point in their lives, there is a big difference between the lies told by narcissists and those told by other people.

A friend asks you how your day was. You had a terrible day, but you don’t want to make them feel bad, so you say “it was good.” This is a normal lie.

A narcissistic liar would have exaggerated the good parts of their day and made themselves look like they had the best day ever.

How To Confront A Narcissistic Liar? 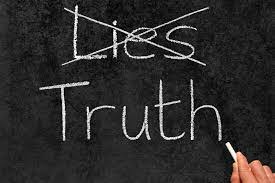 If you have a suspicion that someone might be a narcissistic liar, you can confront them directly. However, keep in mind that this might not be effective since narcissists are skilled at minimizing their mistakes and convincing others to go along with what they say.

Give Them The Taste Of Their Medicine

The best way to confront a narcissistic liar is by using their tactics against them. Remember, they don’t like it when you start shouting back at them or use emotional manipulation. They want to stay in control of the situation and actively seek out people who will be easy to manipulate. They’re also looking for people who will be agreeable and won’t cause problems. So they’ll try to put you on the back foot by insulting your intelligence or questioning your trustworthiness if you stand up to them even a little bit.

Don’t Make It Easy For Them!

Instead of allowing yourself to be bullied into submission, use the same methods that they are using on you. Make them feel uncomfortable by shouting back, calling into question their honesty, or even questioning their intelligence. If they try to insult your reliability then shout about how they’re completely untrustworthy and complain about what a headache it is dealing with people like this all of the time.

Keep in mind that narcissists are very good at minimizing their mistakes and convincing other people that they are telling the truth. So it won’t be effective if you just accuse them of lying. Instead, try to gather evidence that proves they are being dishonest and present your case in a clear, concise way.

If you want to confront a narcissist directly, try sending them an email instead of talking in person so that they can’t interrupt or talk over you. If they’re not willing to admit their wrongdoing, then it’s best to distance yourself from them. Remember that their lies are only going to hurt you in the long run.

It’s also important not to be accusatory when trying to confront someone about their narcissistic lies since this will just make it more difficult for them to acknowledge that they’re doing something wrong. Make sure you keep calm and don’t let the person get under your skin, since this may lead them to feel like their actions were justified or cause them to resent you in the future.

If the person is unwilling or unable to admit their wrongdoing after trying a few times. Then there’s no need for further discussion since narcissists can’t empathize with others. It will only continue hurting people if they don’t change their behavior. This can be difficult if they are someone close to you, but it’s important to remember that their lies are only going to hurt you in the long run.

Why Confronting A Narcissistic Liar Can Be Difficult?

Narcissistic liars are not only hard to confront because they lie without remorse but also because narcissistic personality disorder (NPD) makes it difficult for them to change their behavior.

This is because they tend to think that everything happening around them reflects how people feel about themselves. So they might not be able to recognize when they’ve hurt someone else or understand why the person would get upset over what was said.

If someone confronts a narcissistic liar about an inconsistency between something they said or did and the facts, there is a chance that they will try to shift the blame to others and deny responsibility for their actions.

They may also use projection to accuse you of the same wrongdoing that they’re guilty of, such as denying accusations by accusing you of lying or trying to hurt them.

Narcissistic liars are difficult to deal with or to be around. As they don’t care about other people’s feelings and rarely experience guilt or remorse. But if you can gather enough evidence, confront them indirectly. Focus on the facts instead of accusations, and try not to get emotional. Then there is a chance that they will eventually change their behavior for the better.