Covert narcissists are those who have a “socially charming” personality. You would never know that they were covert until you start to notice their behaviors and traits. Narcissists are bad people. We can find out if someone is a narcissist by listening to what they say. The things covert narcissists say vary greatly depending on the type of person, but there are some general statements and phrases that they mostly use when talking about themselves or others.

Who Are Covert Narcissists?

Narcissists are people who act like they are really nice, but they are not. They might act as they care about you, but eventually, you will see that it is not true. Narcissism is one of the worst things someone can have because narcissists think only of themselves and do not care about other people. They may put on a mask to disguise their true identity, but sooner or later their real personality will come out. You can figure out if someone is a narcissist by listening to what they say and then looking at what they do with other people.

Signs That Show You Are A Covert Narcissist 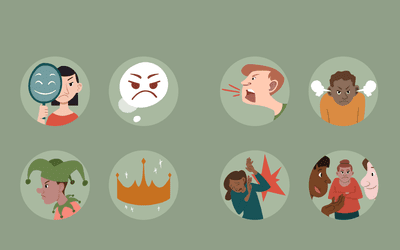 You think you are really special and better than everyone else.

People always tell you how great-looking, smart, athletic, or talented you are.

You can take advantage of other people because deep down what they want is control over the lives of others. This shows that covert narcissists have a lot of pride and insecurity hidden behind their masks as well as an inability to understand feelings. This makes it hard for them to be tactful about situations since everything has to go their way all the time- or so they think! Just like overt narcissism, there is extreme self-absorption going on here with no consideration for the feelings of others. These traits and behaviors are all very important things to recognize when you notice them in people you surround yourself around such as coworkers, friends, or family members. 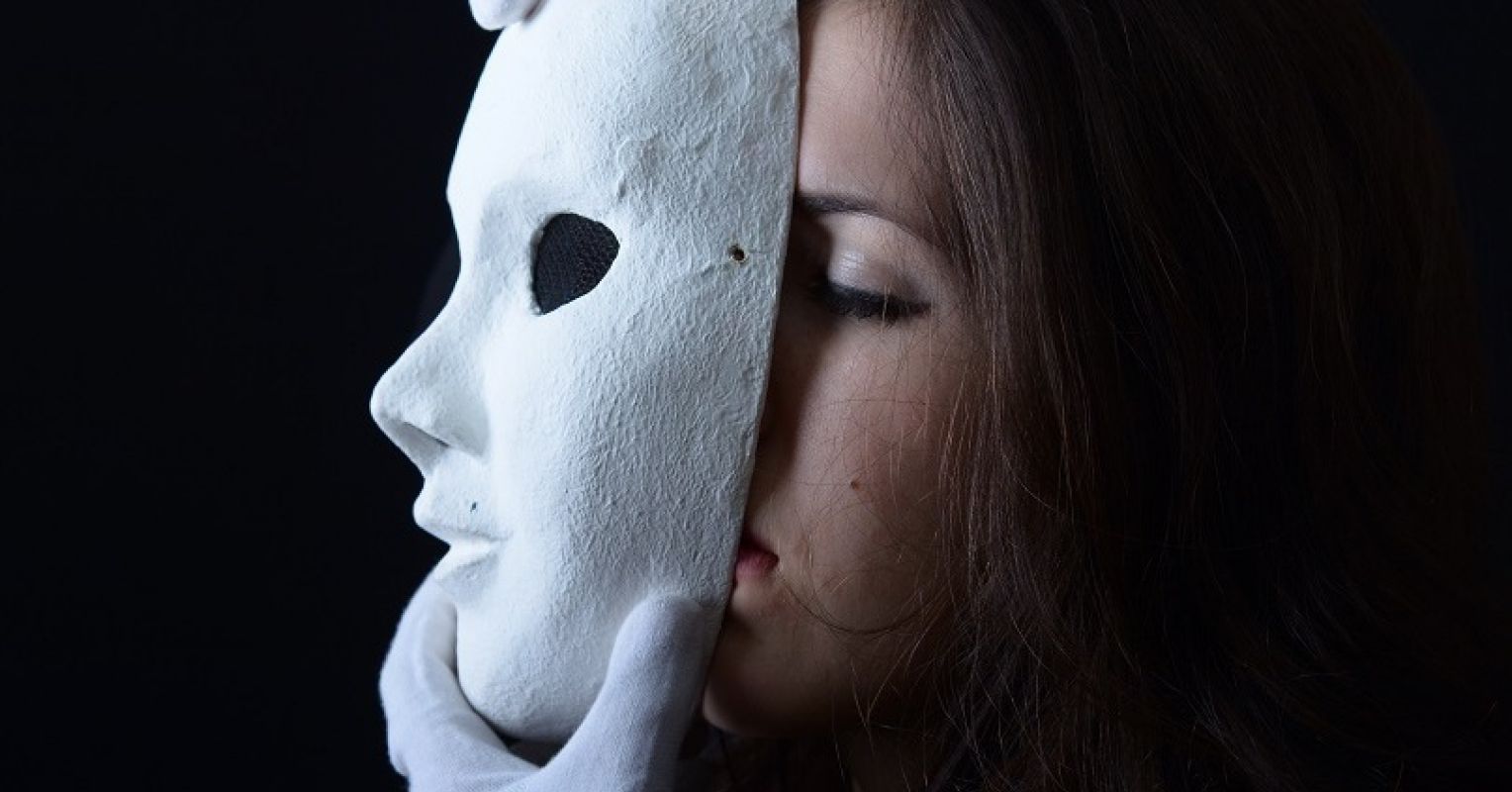 Covert narcissists can say a lot of different things. They might talk about themselves or other people. There are many types of covert narcissists, but most will say these things: Here are some examples:

This is a phrase that most attractive men will say about themselves just for attention. If someone says this about any girl, they think she is better than everyone else. This makes her different from everyone else. That makes her special. There might be some truth to it if he believes so because there is nothing wrong with being unique. But what kind of person would brag about something that someone else did? This is narcissistic behavior because he thinks only of himself and his thoughts and feelings. The man wants to make himself feel special. He thinks that he is better than the girl he is talking about, even though they are both good people.

You should be thankful for everything I do for you!

This may come from a close friend who does things out of guilt rather than care. Covert narcissistic people will often force others to do something they think is right. This means someone makes someone else do something on social media. Sometimes people do not want to. This is a big thing with covert narcissists. People might ask for something in return or want to be thanked when it is not necessary at all. Sometimes people do things so they will feel better about themselves and guilt comes along with this. It’s selfishness!

Be careful what you say behind my back.

Covert narcissistic people are often very interested in other people’s business but do not like others talking about themselves. People might think that what they do affects everyone else, even if it doesn’t. They might think this because they talk to the people around them. If anything were said behind their backs, they would most likely be offended because it’s about them. They want to know what is being said so that way if someone talks bad about them behind their back, the person will hear it from the first.

I’m sorry you feel this way; I never meant for that to happen!

This is another thing covert narcissistic people say when something goes wrong and they do not like getting in trouble with anyone else. This is an attempt to make people think better of themselves. They were trying to do something, but it doesn’t make sense for them to do this if they already had a good opinion of themselves. People might not believe what has been said, but they don’t say anything because they don’t want to argue.

This is usually said after they’ve done something wrong or harmful to someone else. They try to make it seem like it was an accident or that they had no control over them, even though they knew exactly what they were doing.

The person who is sorry or says that they are responsible will say this to make other people feel better about what happened. They might also laugh so it seems less serious than it really was.

That’s not my problem.

This is said after they have done something wrong on purpose but do not want to take responsibility for the action. For example, if you ask someone out to go with you but they already have plans with another friend. Then the second friend will just get mad at you for this. He agreed to go out with him first.

Narcissists often say this to make it seem like they are just normal people and that you have no reason not to trust them. People will tell their friends the same thing, so it looks like all their friends think they are right. But these friends don’t exist or know anything about what they said.

You’re always making me look bad in front of others!

I’m not really that good at this.

This usually happens when someone is told to do something and they don’t want to or think that they shouldn’t have to because of who they are. Covert narcissists often put themselves on a pedestal. This way, other people will do things for them and they will look good in front of others.

When the covert narcissist makes a mistake, instead of apologizing, they will try to get revenge. The person that was hurt will be made to look bad by this person. They might say that the person is too sensitive or doesn’t know how to take a joke. This way, the narcissist can seem like someone who is hurt instead of someone who did something wrong.

These are some of the things that covert narcissists say to try and make themselves look good. People can be very dangerous. Some people will show bad behavior. If someone does, you should stay away from them. Narcissists often do not care about other people and only think of themselves. They might seem nice at first, but eventually, they will show their true colors. Be careful around anyone who seems too good to be true! They might just be a covert narcissist.

How To Deal With A Covert Narcissist? 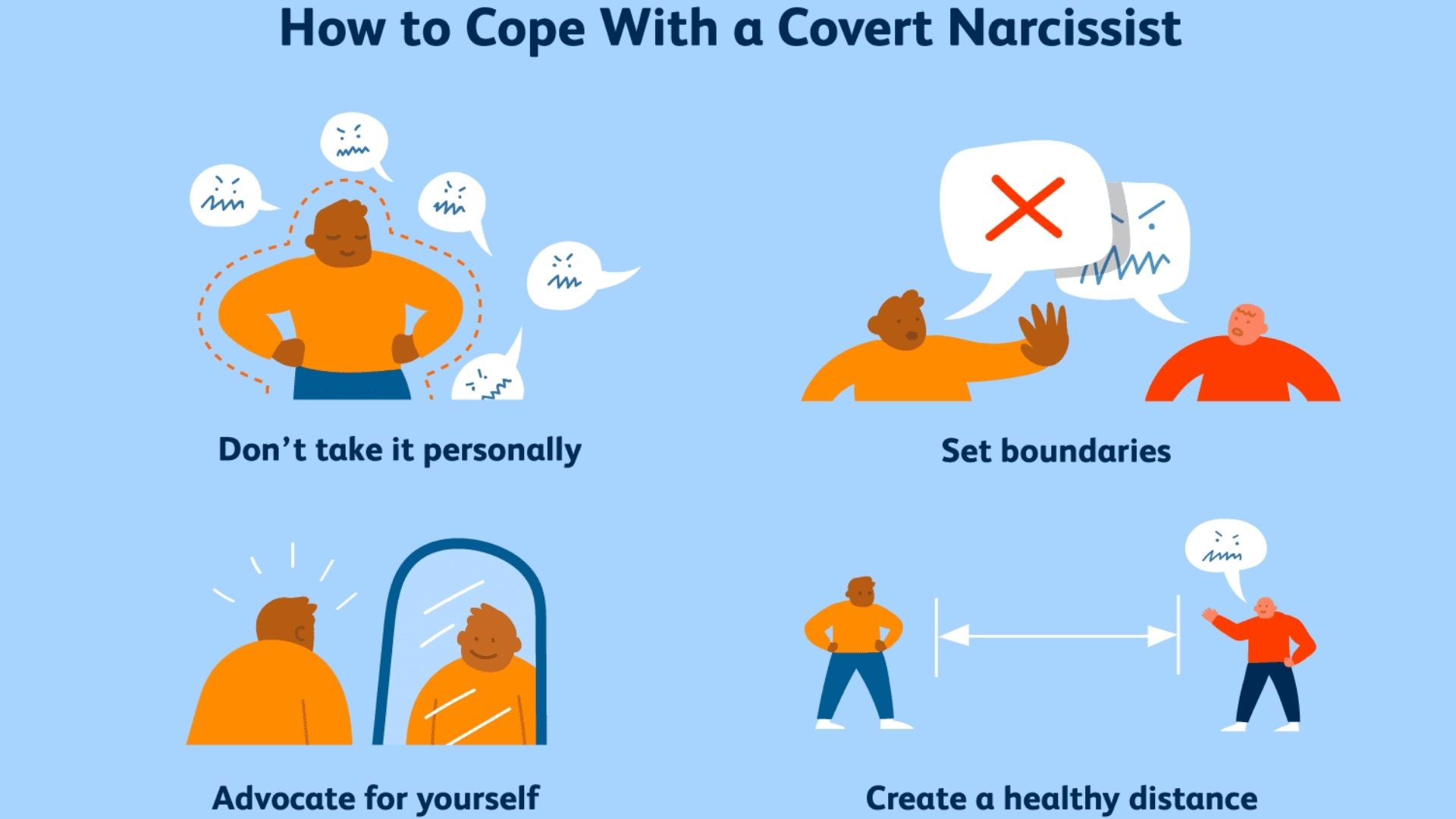 The best way to deal with a covert narcissist is by setting boundaries. If someone is always making you feel bad about yourself, then you need to let them know that this is not okay. You should also stay away from anyone who seems too good to be true because they might just be a covert narcissist in disguise!

If someone does these things, then it is best to stay away from them. Narcissists often do not care about other people and only think of themselves. They might seem nice at first, but eventually, they will show their true colors. Be careful around anyone who seems too good to be true! They might just be a covert narcissist. Covert narcissism can also go undetected by friends and family members for years while the abuser steadily chips away at relationships, self-esteem, and peace of mind. If you think you may be in a relationship with a covert narcissist, there are certain behaviors to watch out for:

If you have a friend or family member who you think maybe in a relationship with a covert narcissist, there are things you can do to help:

The National Domestic Violence Hotline is available 24/7 to offer support and resources.

Conclusion paragraph: To wrap up, here are some things covert narcissists say. “I’m the one who cares about you.” “You owe me this” or “You don’t deserve anything good in your life.” If these sound familiar to you, it may be a sign that a person is manipulating and using them for their own gain rather than caring for someone else’s well-being. Be careful of people like this because they could make you feel bad about yourself while not really doing anything to help you. Remember, if something doesn’t seem right with how someone treats others or talks to them, then it probably isn’t right at all!