PCOS and ADHD are both conditions that can cause a lot of problems in people’s lives. They both tend to be misunderstood, and a lot of people don’t know how to deal with them. In this blog post, we will talk about the relationship between PCOS and ADHD. We will discuss the symptoms of each condition, and we will talk how they are related. If you or someone you know is struggling with either PCOS or ADHD, this blog post is for you!

ADHD (Attention-deficit/hyperactivity disorder) is a neurodevelopmental disorder that is characterized by problems with attention, impulsivity, and hyperactivity. People with ADHD often have difficulty paying attention, they may be impulsive and act without thinking, and they may be constantly moving or talking. ADHD can cause problems in school, at work, and in social situations. It is estimated that about 11 percent of children in the world have ADHD.

PCOS (Polycystic ovary syndrome) is a hormonal disorder that affects women of childbearing age. It is characterized by the presence of high levels of androgens (male hormones) in the body, and it can cause a variety of problems, including irregular periods, infertility, weight gain, acne as well as excessive hair growth. PCOS affects about one in ten women of childbearing age, and it is one of the most common hormonal disorders in women. It is also a leading cause of infertility.

While the effects of ADHD are mostly mental which may sometimes manifest in the physical presentation, PCOS has an evident influence on both physical and mental aspects of the body.

Symptoms of ADHD may include: 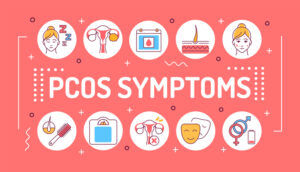 Symptoms of PCOS may include:

How are PCOS and ADHD Related?

PCOS and ADHD share some similarities, the most notable one being that they are both conditions that can cause a lot of problems in people’s lives. They both tend to be misunderstood, and a lot of people don’t know how to deal with them. 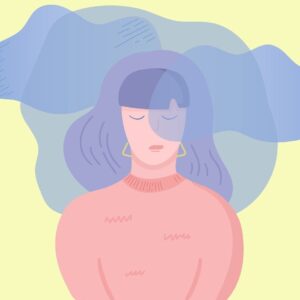 So, what do you need to know about the relationship between PCOS and ADHD? They share some similarities, but there are also some key differences between them. Some commonly observed similarities are: 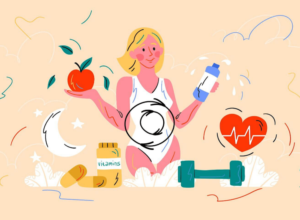 If you think you may have PCOS or ADHD, it is important to speak to your doctor. They will be able to provide you with a diagnosis and discuss treatment options with you.

Both PCOS & ADHD are diagnosed by taking into account medical history along with physical exams & lab tests. If you think you might have either condition, it’s important to speak to your doctor.

PCOS is treated with a combination of medication, diet, and lifestyle changes. The specific treatment will depend on the individual’s symptoms.

There are a variety of medications that can be used to treat PCOS. The most common ones are:

In addition to medication, making some lifestyle changes can also help to manage the symptoms of PCOS. These include:

Cognitive-behavioral therapy (CBT) is a type of therapy that can help in treating PCOS. CBT can help to change the way you think about and cope with your symptoms. It can also help you to make healthy lifestyle changes.

Support groups are another option for people with PCOS. They provide an opportunity to meet other people who are dealing with similar issues. These groups can offer support and advice.

ADHD treatment generally involves a combination of medication, behavior therapy, and lifestyle changes. The specific treatment approach depends on the individual’s age, symptoms, the severity of the disorder, and other factors.

There is no one-size-fits-all treatment for ADHD, but there are various options available that can help to manage the symptoms. These include medication, therapy, and lifestyle changes.

There are various types of medication available to treat ADHD, including stimulants and non-stimulants. Stimulants are the most commonly prescription type of medication for ADHD. They work by increasing levels of dopamine and norepinephrine in the brain, which can improve focus and concentration.

Non-stimulant medications include antidepressants, antihypertensives, and antipsychotics. These medications work by targeting different chemicals in the brain than stimulants. They may be used alone or in combination with other medications.

Behavioral therapy is a type of psychotherapy that can help to change destructive or harmful behaviors. It can also teach new skills and strategies for dealing with difficult situations. This type of therapy is often used in combination with medication to treat ADHD.

There are also support groups for both PCOS and ADHD that can provide information and emotional support.

Making lifestyle changes is often a recommendation for both PCOS and ADHD. These can include:

While there are some similarities between PCOS & ADHD, they are two distinct conditions with different causes & treatments. If you think you might have either disorder, it’s important to see a doctor so that you can get the proper diagnosis & treatment. With the right management, both conditions can be well-controlled & you can live a normal, healthy life. Mantra Care offers psychological assistance from all around the world at affordable rates. Reach out to us and begin your wellness journey today!