Rage attacks can be a frightening experience for both the person who is having the attack and for those around them. If you have never experienced a rage attack before, it can be difficult to understand what is happening and how to best cope with the situation. This comprehensive guide will provide you with all the information you need to know about rage attacks, from understanding the signs and symptoms to getting help during an attack. 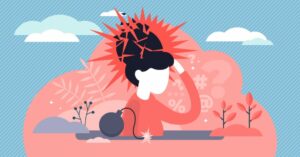 Rage attacks are sudden outbursts of anger that can be triggered by a variety of things, such as stress, frustration, or even fatigue. These attacks are often characterized by physical aggression and violent behavior, as well as verbal outbursts. In some cases, people may also experience a sense of dissociation during a rage attack, feeling disconnected from their bodies and emotions.

Rage attacks can vary in intensity and duration, but they typically last for several minutes or longer. During an attack, you may feel like you are unable to control your actions or words. You may also feel very agitated and restless, as well as have difficulty thinking clearly. It is important to remember that rage attacks are not the same thing as simply feeling angry; they are a much more intense and destructive experience.

One common misconception about rage attacks is that they are the same thing as panic attacks. While both involve sudden outbursts of intense emotion, there are some key differences between the two. Rage attacks are usually triggered by an external stimulus, such as someone cutting you off in traffic or your boss yelling at you at work. Panic attacks, on the other hand, are typically brought on by internal triggers, such as a fear of being in public or worry about an upcoming event.

Rage attacks also tend to be more violent and destructive than panic attacks. During a rage attack, you may lash out physically or destroy property, whereas during a panic attack you may feel like you can’t breathe or have chest pain. It’s important to note that not everyone who experiences a rage attack will act out violently; some people may just scream or cry. 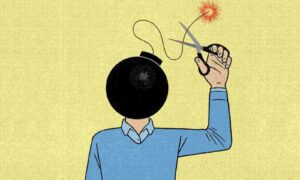 Some signs and symptoms may indicate that you are about to have a rage attack. These include:

Rage attacks can manifest in different ways, but they are typically characterized by a sudden and intense outburst of anger. This may be expressed verbally, through yelling or saying hurtful things, or physically, through violence or destruction. You may also experience a sense of dissociation during an attack, feeling disconnected from your own emotions and body.

It is important to remember that everyone experiences rage attacks differently, so there is no one “right” way to have an attack. 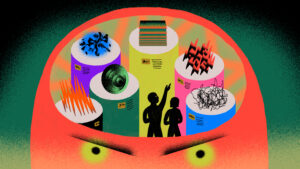 Several things may increase your likelihood of having one. These include:

Rage attacks can be difficult and overwhelming. Thankfully, there are multiple ways they can be dealt with. It may require self-effort, help from someone close, or talking to a mental health professional.

While Having An Attack

If you find yourself in the middle of a rage attack, there are some things you can do to try and stay calm. These include:

Breathe: Take slow, deep breaths and focus on your breath going in and out.

Visualize: Visualize a peaceful scene or place to help relax your mind and body.

Move: Go for a walk or run, or do some other form of exercise to release tension from your body.

Talk: Talk to someone you trust about what is going on, or write down your thoughts in a journal.

Rage attacks can be very scary and overwhelming, but it is important to remember that there are ways to cope with them.

It is common to feel drained, exhausted and confused after a rage attack. You may also feel guilty or ashamed of your behavior. It is important to remember that you are not responsible for the attack; it is not something that you can control. If you are struggling to cope with the aftermath of a rage attack, there are several things you can do to get help. These include:

Talk to your doctor: Your doctor can help you identify any underlying medical or mental health conditions that may be contributing to your rage attacks. They can also provide you with information on treatment options.

See a therapist: A therapist can help you deal with the emotions and behaviors that contribute to your anger.

Try reflecting on your behavior: Although it is impossible to undo what has already happened, you can always do a self-reflection on what was your trigger, what you did or said, or who you hurt. This will help you recognize a pattern in your behaviors and emotions.

Practice grounding or relaxation exercises: Exercises such as mindful breathing, meditation, grounding, rekindling with your senses, etc. can help you bring yourself to a calmer and more neutral emotional balance.

Indulge in self care: After-effects of a rage attack can be emotionally draining. It can be extremely helpful to engage in self care activities to make you feel better and calmer. You can try things such as going for a walk, sleeping, taking a shower, eating, simply laying down, or trying your favorite hobbies.

If You See Someone Having An Attack

Rage attacks can be incredibly scary for those who experience them as well as for bystanders. If you see someone having a rage attack, it is important to stay calm and try to de-escalate the situation. This may include: 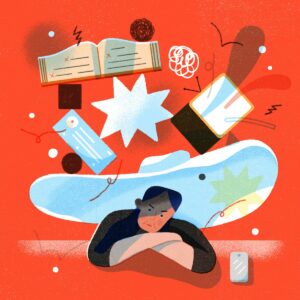 If you find that you are struggling to cope with rage attacks and their effects, there are several treatment options available. These include:

Cognitive-behavioral therapy: This type of therapy can help you identify and change the thoughts and behaviors that contribute to your anger.

Support group: There are many groups available for people who struggle with anger. These groups can provide you with support and understanding from others who are going through similar experiences.

Medication: If your rage attacks are due to a mental health condition, such as bipolar disorder, your doctor may prescribe medication to help stabilize your mood.

Rage attacks can be a scary and overwhelming experience, but there are ways to cope with them. If you are struggling to deal with rage attacks, talk to your doctor or a mental health professional about treatment options. There are also many resources available to help you understand and manage your angerhealthilyy. If you are looking to start your mental wellness journey, you can avail the therapeutic services offered by Mantra Care. We have a team of expert mental health professionals from across the world providing effective as well as pocket-friendly online therapy sessions. Contact us to book your sessions!