The human mind is a complex and fascinating thing. This article will explore the psychological games we play on ourselves and how they affect our daily lives. We’ll examine some of the most common mental tricks that people use to make their life easier or more interesting, as well as those which cause self-sabotage.

What Are Psychological Games? 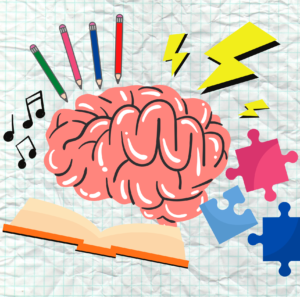 Psychological games are a type of manipulation that can be used in relationships, negotiations, and everyday interactions. They are usually played unconsciously by one person to get what they want from another person. The goal of a psychological game is to control the other person’s behavior. These games are often used in romantic relationships, but they can be played with friends and even at work.

Why Do People Play Psychological Games? 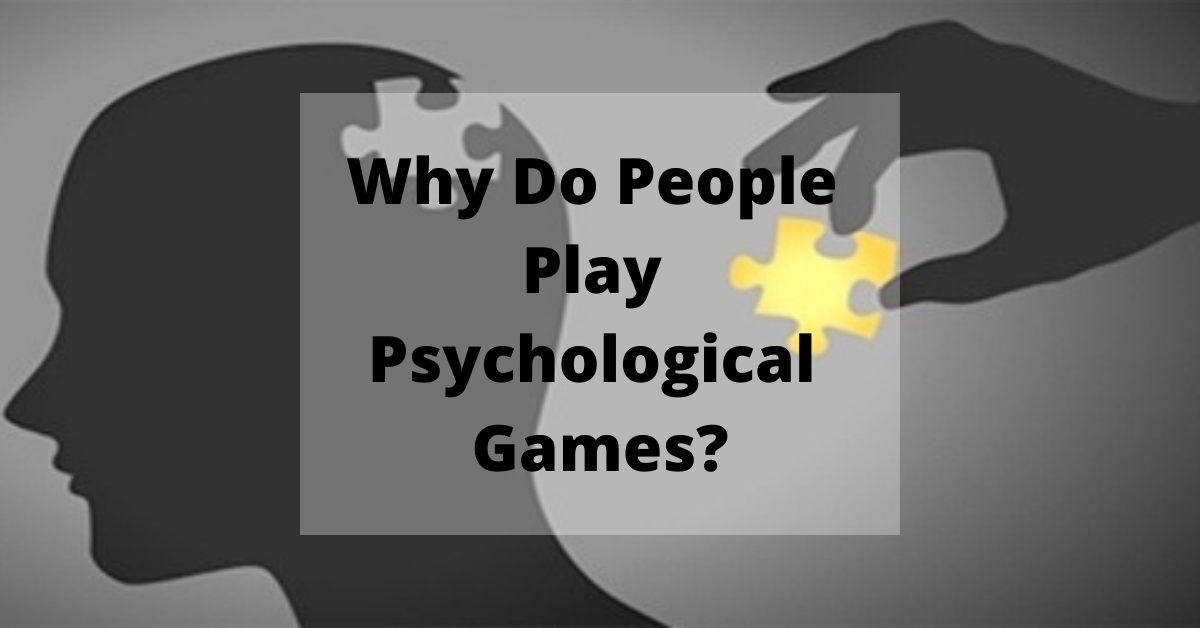 People play psychological games. This is because these types of games allow one person to go after their needs. This is while avoiding asking for help directly from another person. They do this by manipulating or putting on an act that makes others think that you need something without actually saying it out loud. This is key when trying to avoid hurting someone’s feelings who might not be willing to give whatever it is that you ask for if asked directly by telling them how much you really want it.

There are many different types of psychological games that can be played in relationships. Some of these include: 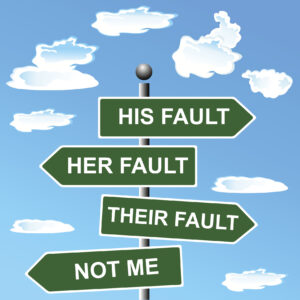 The blame game is a type of game where one person tries to make the other person feel responsible for their problems or feelings. This is often used as a way to control the other person’s behavior and get them to do what they want. 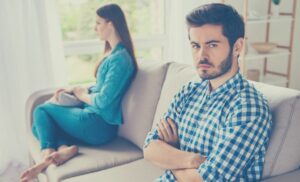 The silent treatment is a game where one person ignores the other person. This is a way of punishing them or getting them to do what they want. It is often used as a way to avoid conflict and get the upper hand in a situation.

The pity play is when someone uses their emotions to make another person feel sorry for them. This is so that they will give them what they want. This can involve making the other person feel guilty, helpless, or responsible for their problems.

This type of game involves giving or taking gifts from the other person as a way of controlling them. The goal is usually to make sure that the other person always feels indebted to you. That is why they will do what you want.

The guilt game is when someone makes the other person feel guilty. This is a way of controlling their behavior and getting what they want from them. This can be done by accusing you of hurting their feelings or not caring about them enough. This is even if that is not true at all times. 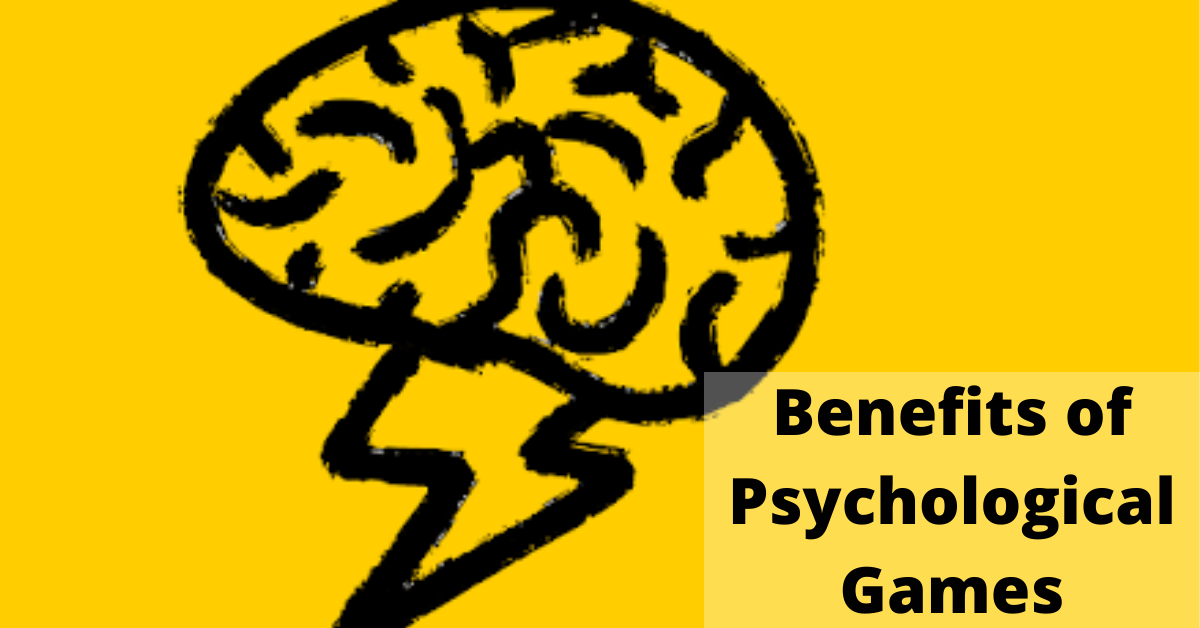 There are many benefits of using psychological games in your relationships. Some of these are:

Helps To Build Up Self-Esteem

These games can help to build up your self-esteem. They allow you to learn how to get what you want without sacrificing yourself in the process. Instead of asking for things directly, wait for them to pop up when playing these types of games with others.

Makes People Feel Good About Themselves

Psychological games are also good. This is because they make people feel good about themselves. It is by doing nice things or giving out compliments. These seem genuine but are not necessarily true at all times. This is a great way to avoid hurting their feelings. It is while still getting what you need from them in some cases.

Creates Positive Relationship With Others

Another benefit of using psychological games is having a positive relationship with others who tend to play this type of game. This is because you are able to communicate your needs and wants, which allows the other person to act on them.

Helps To Manipulate Someone

The main goal of using psychological games is to manipulate someone into doing something you want. This can be done by getting them to do things for you or giving them what they want. In some cases, it may even involve making the person feel guilty so that they will do what you ask.

There are also some negatives associated with using psychological games in relationships. These include:

One negative effect of playing these types of games is that it can ruin the trust between people who use this method for their own personal gain. If one person ends up having a bad experience while trying to play these games, they may end up avoiding situations where similar tactics could be used again or even cut off communication completely due to a lack of trust.

Can Make You Feel Bad About Yourself

Can Backfire On Person Who Is Playing

Another negative about using these types of games in relationships is that you may end up getting what you want initially, but then feel bad later. This can happen when someone gives into their partner and they realize that it might not be worth it after all since this kind of behavior will only lead to more problems down the line.

May Be Unhealthy Relationship

If you are in a relationship where psychological games are being regularly played, this may be an indication that the relationship is unhealthy. This can happen when one or both people feel like they have to play these types of games in order to get their needs met instead of communicating them directly with their partner.

Can Create Drama And Conflict Between People

Playing around with psychological games can also create drama and conflict between people who end up feeling hurt by each other’s behavior. When someone feels guilty for something they did not do because it was manipulated into happening, then feelings will likely be hurt on account of the unfair treatment given out by the person playing these kinds of games. They might even start avoiding situations where similar tactics are used.

How To Deal With Psychological Games?

The best way to deal with psychological games is by knowing how they work and being prepared for them. If you are able to spot when someone is trying to play one of these games, then you can avoid getting too emotionally invested in the situation. It is also important to have healthy communication habits in place so that any issues that come up can be resolved without resorting to manipulative tactics. Lastly, it is crucial to remember that relationships should make both people feel good about themselves – not just one person. If psychological games are causing more harm than good, it might be time to end the relationship altogether.

Psychological games are a type of manipulation that can be used in relationships, negotiations, and everyday interactions. They are usually played unconsciously by one person to get what they want from another person. The goal of a psychological game is to control the other person’s behavior.

These games are often used in romantic relationships but can also be played with friends or at work for personal gain benefits such as building up self-esteem making people feel good about themselves creating positive relationships while avoiding negative effects like ruining trust between two people & potentially making you feel bad about yourself why do people play these types of games? These types of games allow one person to go after their needs while avoiding asking for help directly from another by manipulating focusing on getting your own needs met.