If you are an extrovert (extroversion), it may seem like everyone else is too. You enjoy being around others and don’t mind small talk if the situation calls for it. If you’re not an extrovert though, this can be frustrating at times because there’s often no way to escape the attention of someone who just won’t take a hint that they’re bothering you.

Extroversion has become so common in today’s society that introverts feel like they need to change themselves or risk losing friends because people don’t understand what makes them tick. But does being an introvert mean having fewer social connections? And do introverts make better friends than their more outgoing counterparts? We will attempt to explore all of your concerns related to extroversion in this blog post. 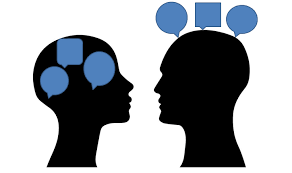 Extroversion is a personality trait that is characterized by being outgoing and enjoying social situations. People with high extroversion scores tend to be energetic, talkative, and enjoy being around others. They are usually the life of the party and can easily make friends. Extroverts get their energy from being around other people and typically find solitude tiring.

Extroverts are often the best networkers because they have no problem meeting new people or striking up a conversation with someone they’ve just met. Extroversion is measured on a spectrum, meaning that some people may be more extroverted than others but there isn’t such thing as being 100% introverted (introversion) or 100% extroverted.

There are three different types of extroverts: social, assertive, and aggressive.

Social extroverts enjoy being around people and like to talk about everyday topics. They often have large groups of friends and love going out to parties or gatherings. Social extroverts are often the life of the party and can be seen mingling with different people.

Assertive extroverts like to take charge in social situations, particularly when it comes to meeting new people or starting conversations. They tend to lead groups and enjoy being surrounded by a large group of friends because they get their energy from spending time with others.

Aggressive extroverts are very outgoing and will act before they think of the consequences. They don’t mind making fun of people or pointing out others’ mistakes so long as it gets a laugh or is taken in good humor. Aggressive often find themselves leading groups without trying because everyone else tends to follow their lead (even if it’s not in the best interest of everyone). 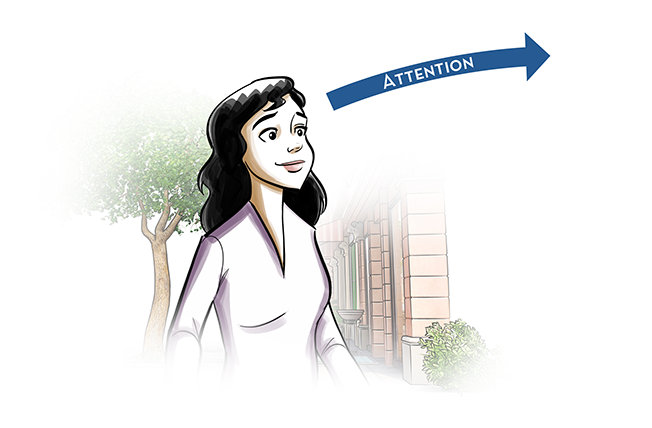 People who are high on extroversion aren’t necessarily outgoing, they simply enjoy spending time with others. For example, you may be introverted (introversion) but still like to go out and party every once in a while. You may even enjoy mingling with people but simply don’t like it as much as your extroverted counterparts.

Several studies have found that extroversion is strongly related to the Big Five personality traits. Extroverts tend to be more agreeable and conscientious than introverts (introversion), which makes them better team players. They are also less neurotic, meaning they experience lower levels of stress or anxiety in response to external events compared to their introverted (introversion) counterparts. 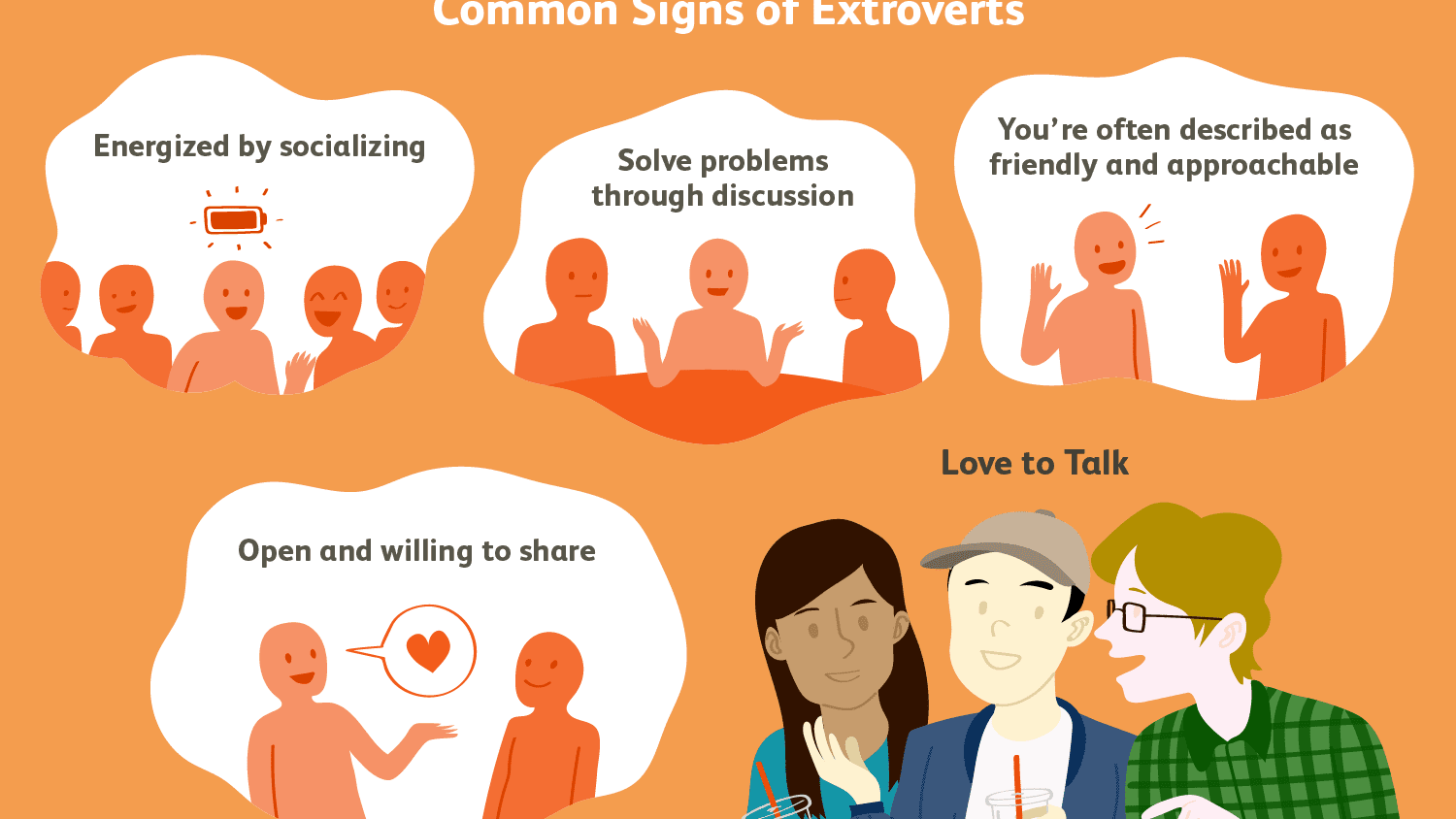 When it comes to personality traits, there are no absolutes which means that you may be more extroverted than someone else but not as outgoing or energetic as another person high on the extrovert scale. There are some behaviors and characteristics that are often associated with the personality trait. To get a better understanding of how extroverted (extroversion) you are, here are a few signs to look out for:

Is Everyone Introverted Or Extroverted?

No, just as there isn’t a single sign that will 100% indicate whether or not someone is an extrovert (extroversion), the same goes for introverts. Some people who are high on extroversion may enjoy going out with their friends. But don’t mind spending time alone either. And while some introverts aren’t shy about being around people, they often feel drained after a social gathering and need some time to recharge.

Can introverts and extroverts be friends?

Yes, just because someone is an introvert (introversion) or extrovert (extroversion), it doesn’t mean that they won’t enjoy spending time with certain people. Introverts and extroverts can often be friends if their personality types match up well. Sometimes though, two different personality traits may clash which causes tension within the friendship.

Can introverts and extroverts have a successful marriage or relationship?

How Do I Know If I’m An Extrovert?

If you’re not sure whether or not you are an extrovert, there are a few questions that you can ask yourself to help make the determination. Do you:

If you answered yes to most of these questions, there is a good chance that you are an extrovert.

Is It Possible To Change Your Personality?

Yes, it is possible to change your personality but only if you are truly unhappy with who you are. Sometimes people can become so influenced by others that they start acting differently to impress the person they’re around or keep them interested (e.g., always being on top of their game). However, if you’re not happy with who you are then it’s worth exploring different methods of personality change.

NOTE: However, it’s important to note that change doesn’t happen overnight and it takes a lot of hard work and dedication.

Which Personality Test Is Best?

There isn’t a single personality test that is considered “best” as each one has its positives and negatives. Some tests are better at measuring certain personality traits than others which can make them more or less accurate depending on what you’re trying to measure. If someone is looking to measure their introverted (introversion) and extroverted personality traits, the Big Five Personality Test or Myers-Briggs Type Indicator, and the Enneagram would be the best option. 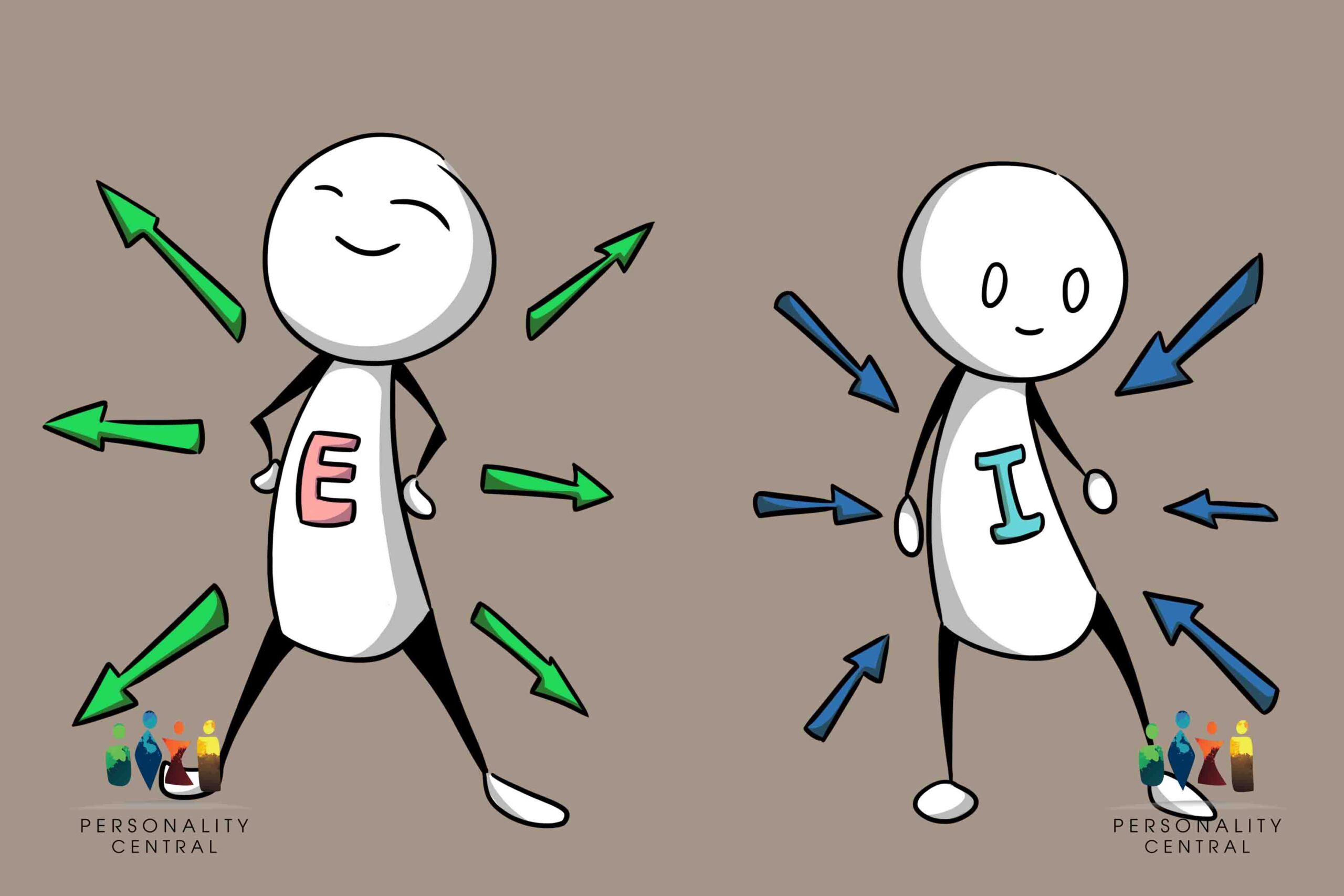 Extroversion is often measured using a psychological test where you respond to different statements about yourself and your behavior. Several tests measure both introverted (introversion) and extroverted personality traits.

The Myers-Briggs Type Indicator (MBTI) is another way that psychologists measure extroversion (extroversion). This test measures where someone falls on the introverted/extraverted spectrum, how people make decisions, and then combines these factors to create four different personality types.

One popular way is the Eysenck Personality Questionnaire which measures how much someone enjoys being around others and participating in social activities.

NOTE: There are a few different ways that psychologists measure extroversion (extroversion). Some of these include sociometric tests, behavioral measures, self-report measures, and observation. 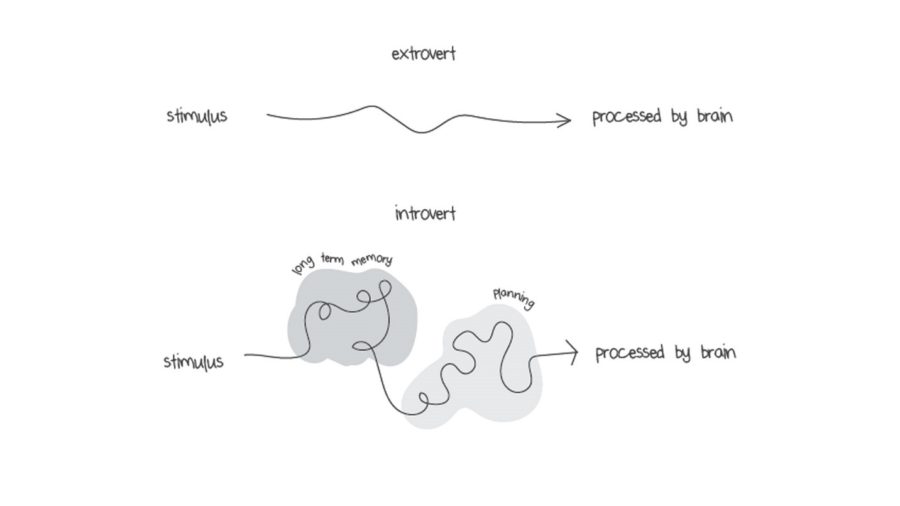 There is some evidence that suggests that being an extrovert (extroversion) may have some benefits in certain areas of life. For example, people with a more extroverted personality tend to have better social lives and better relationships with their friends and family members than introverts (introversion).

NOTE: Extroversion is highly valued in the business world as it is often seen as a sign of confidence and high energy. Many people believe that extroverts are better leaders and more likely to be successful in sales. However, this is not always the case as introverted people can also be very successful in business.

So Is It Better To Be Extroverted?

In most instances, it’s believed that being an extrovert is the best option as people with this personality tend to be happier and more successful in life. However, there are some situations where introverted (introversion) people may experience greater success like staying at home rather than engaging in social activities or occupying roles that require them to work alone for long periods.

NOTE: There isn’t a single answer to this question as it depends on the individual’s goals and aspirations. However, some people believe that being an extrovert is the best option as they tend to be happier and more successful in life. But again that depends on the choice of your career and to a great extent your friends and partner.

NOTE: It is important to remember that not all introverts are unhappy and not all extroverts are happy. This statement is based on general trends and should not be taken as gospel.

Are Introverts Better Friends Than Extroverts? 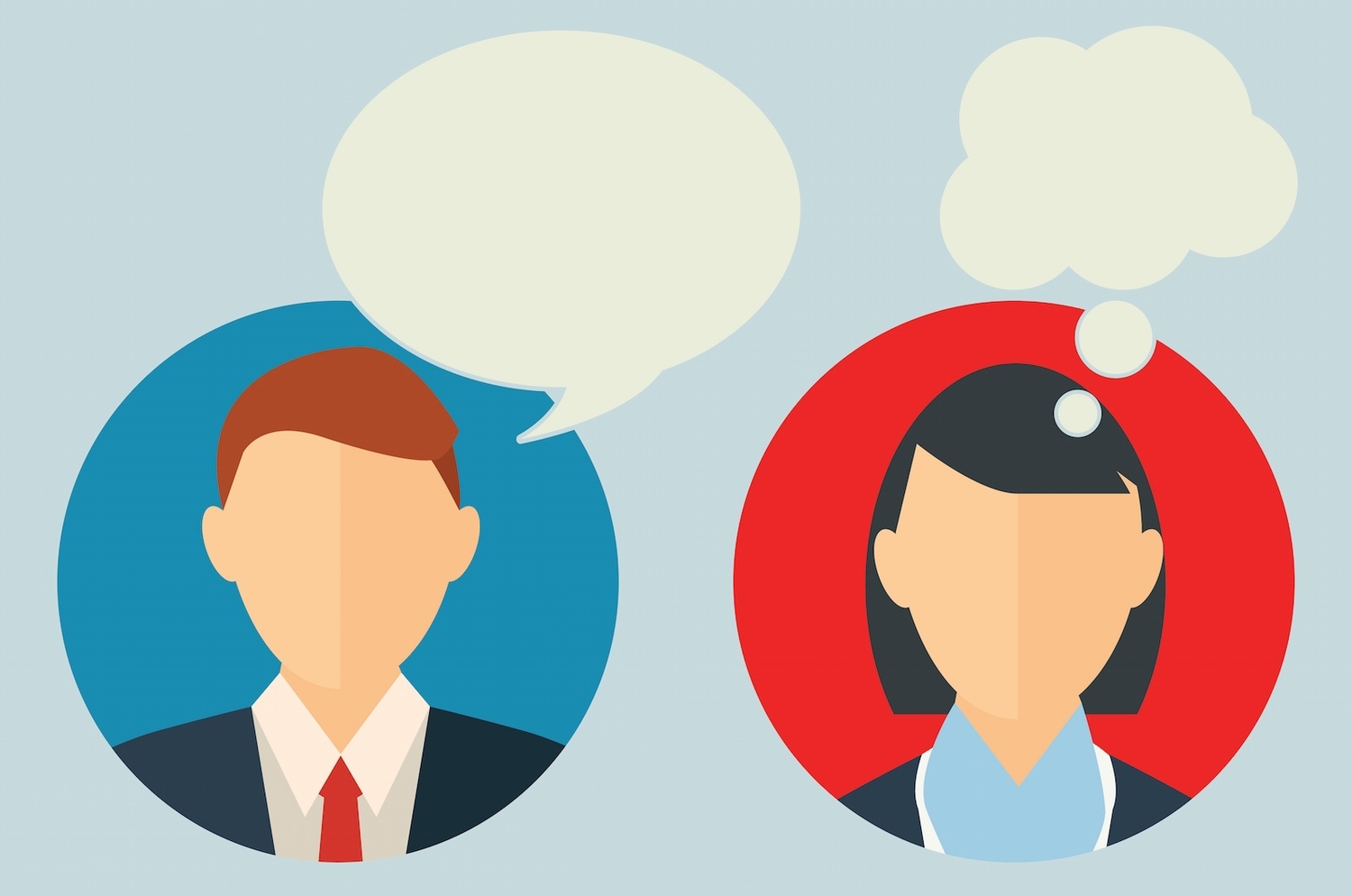 NOTE: Introverted (introversion) people can make wonderful friends; however, there is no evidence suggesting that they are better friends than extroverted people. Extroverts (extroversion) generally have an easier time interacting with other people and making friends. But this does not mean that introverts (introversion) cannot be just as good of friends. Introverted (introversion) people are generally very loyal and hardworking friends that will do everything in their power to ensure that you’re happy and well taken care of. However, they may not be as vocal or outgoing as extroverted friends which can make it difficult to build strong relationships with them. It all depends on the individual’s personality and how well they get along with others.

I’m Very Introverted. Should I Try To Become More Outgoing? 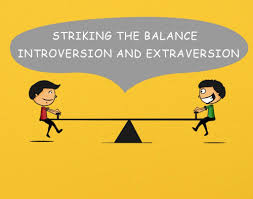 NOTE: If you’re introverted and would like to become more outgoing, there is no harm in trying.

Extroversion is one of the five personality traits that are used to measure different personality types. It is also one of the most popularly studied personality traits by professionals. This is because it has a significant impact on different life outcomes, such as happiness, success, and overall well-being. Professionals who study extroversion are interested in understanding why some people are more extroverted than others and what implications this has for their life. 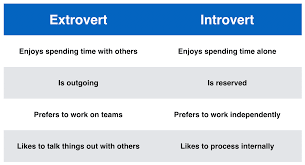 Jordan Peterson is a clinical psychologist and professor at the University of Toronto. He is also the author of the book, “12 Rules for Life: An Antidote to Chaos.” In one of his lectures, Jordan Peterson discussed extroversion and its importance in society.

He noted that while many people view extroversion as being synonymous with being outgoing and always enjoying social interaction, this is not always the case. Extroversion, according to Peterson, is simply a measure of how comfortable someone is with stimulation. This means that an extroverted person may be just as introverted as an introverted person, they simply require more external stimulation to feel comfortable.

However, most people with an introverted (introversion) or extroverted (extroversion) personality prefer being around others who have similar traits as themselves which may make it difficult to socialize with people who are not of the same personality type.