What do you do when a bear is chasing you? You have four options: fight, flight, freeze, or fawn. These are the responses that your body will go into depending on what you perceive to be a threat. It’s important to understand these responses and their meaning for survival so that we can better help those who have been traumatized. This blog post will explain them in more depth and offer some tips on how to best respond if they happen again in the future.

What Are Fight And Flight Responses? 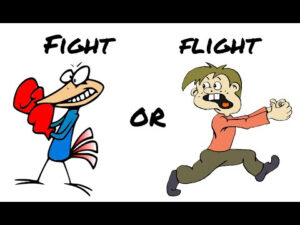 A fight or flight response is an instinctual reaction to a perceived threat. Your body has a way to protect itself when there is danger. It can either fight the danger or run away from it.

The fawn response falls under this umbrella because its purpose is also to defend oneself. However, instead of battling the enemy like in the case of fight and flight responses, with fear and aggression respectively; you freeze where you are and make no noise. This minimizes your chance of being caught which makes escaping easier later on.

The fawn response is usually seen in animals that are preyed upon, like deer. Predators tend to go for the weak and vulnerable members of the herd first, so by playing dead, the deer reduces its chances of being killed.

This tactic also works well against those who aren’t looking to kill their prey outright, like a lion that wants to take its time-devouring its meal. The fear response will keep the animal alive until it can make a run for it when the coast is clear.

What Are The Freeze Response? 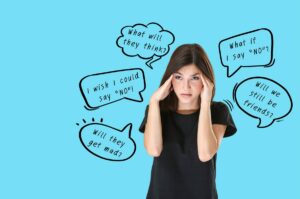 This tactic is a form of fawn response. In the case of freeze responses, your body goes into overdrive to prepare itself for whatever danger lies ahead. It does this by slowing down all metabolic functions and producing chemicals that make you feel numb from head to toe.

This makes so painful situations seem like they’re not as bad as they actually are and allows you “play dead” until you can escape or devise another way out.

One example of this would be If an animal is caught in a steel-jaw trap, its instinct tells it to stay still. This will prevent more pain.

You could compare this with how we hold our breath during trauma so that we don’t make any noise and potentially give away our location. The freeze response is seen in both animals and humans. In some cases, it can be a matter of life or death.

What Are The Fawn Response? 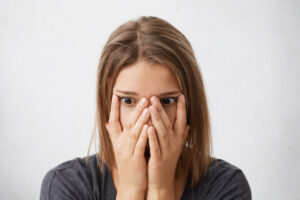 As mentioned earlier, the fawn response is usually used by prey animals to defend themselves from predators. This can take different forms such as playing dead, freezing up, or running away.

All of these tactics have one common goal-to reduce the chances of being detected and killed. And while this might seem like a last resort, studies have shown that it actually works quite well in most situations.

In fact, out of all the possible responses to danger, the fawn response is the most effective. It’s even been called “death feigning,” since it can make you appear dead to predators when in fact you are still alive and able to defend yourself if things get too dangerous.

How Do These Responses Work? 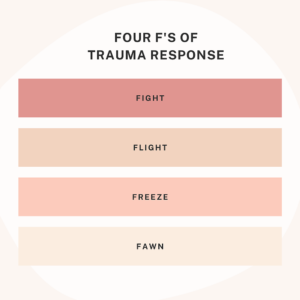 It all comes down to your evolutionary past and how it’s shaped these behaviors.

A lot of what we do today is influenced by our genes, which are the driving factors behind why people act certain ways in specific situations (especially when their lives or those around them are at stake).

This means that depending on where you come from as a species; fawn response might be more natural for some than others.

There are a number of physiological responses that can occur when you’re in danger. Some of these include:

How To Cope From Fight, Flight, Freeze, and Fawn Situations?

Fight response is something that doesn’t always happen with people who have anxiety disorders. It’s also common among children who are being bullied but don’t know how else to react. Luckily there are ways of calming yourself down when you are feeling overwhelmed.

Some helpful tips include: 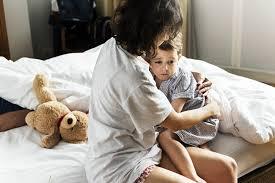 Why Are Fight, Flight, Freeze, And Fawn Responses Important? 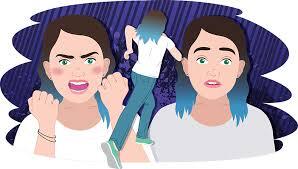 When To Seek Help? 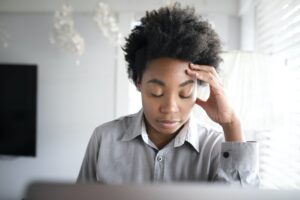 If the fight, flight, freeze, or fawn response becomes too overwhelming or consistent, it might be time to seek professional help:

When we are in a dangerous situation, our body reacts. Our brain tells two things to happen. One is to fight back or run away from the bad thing that just happened. The other is to change the way you think so that it doesn’t matter if something bad happens because you can’t do anything about it anyway. If we don’t act fast enough, we freeze. But there is a way for us to try both things at the same time. Sometimes we can’t do things because we are afraid. Sometimes it’s hard to go places or work. If you have these feelings a lot, go see a professional for help. You are not alone and there are people who want to help you.