Ideas of reference (the idea of reference example) are the cognitive process in which one entity is related to another that shares attributes. The idea can be a simple or complex mental image, but it usually reflects some aspect of reality. It’s often discussed in terms of how these ideas affect our perception and understanding of memories and knowledge (such as forming conclusions). To help you understand this concept better, we’ll cover main points: what they are, types, causes examples, and more.

What Is Idea Of Reference? 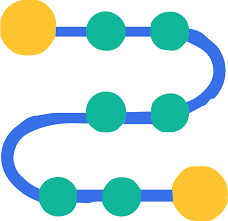 An idea of reference is the tendency to perceive something you see or hear as being about yourself, particularly when it’s not. It can be an external stimulus (video/audio) that may have nothing to do with your life at all but still triggers a feeling of this association in your mind. For instance, seeing “John” on television might make you feel like the speaker is talking about or to you. Or a commercial might make you believe your clothes are out of style, even though they’re fine for most people’s tastes.

The Idea Of Reference Example

To give you a better understanding of how this works, let’s look at an example. You’re out with your friends and someone mentions they have to work on Saturday morning. Without thinking much about it, you immediately assume that means you’ll be working too since you’re always busy. Even though logically there’s no direct connection between the two of you, you assume because of an idea of reference.

There are many other examples of this type of thinking. For instance, you might see a car accident on the side of the road and start to worry that you’ll be in one too. Or maybe you hear about someone getting sick and immediately think it’s because of something you ate. It can even be as simple as seeing your name written somewhere or hearing it called out.

Some of the most common examples are assuming you’re on someone else’s mind when they don’t call, believing your significant other is mad at you because he/she didn’t smile while looking through old photos with friends, and thinking everyone is talking about a private matter you were involved in.

Need For Ideas Of Reference

Some people feel a need for ideas of reference as a way to feel connected to the world around them. They may feel a need for attention, acceptance, or acknowledgment from others and this helps give it to them. You might think that everyone knows you exist if they all say hello as soon as they see you out in public even though most people are just being polite when passing by someone else on the street.

Types Of Ideas Of Reference

These are the most common type, affecting about 15% of people with schizophrenia. It’s defined by a distortion in reality that causes someone to believe something false or think they know things that can’t be true due to their delusional beliefs.

This type is less common, affecting only about two percent of people with schizophrenia. Secondary delusions are a response to an earlier delusion or hallucination and usually involve incorporating the false belief into one’s worldview to make sense of it.

There are three main types of ideas of reference: personal, common, and private.

Personal references involve something that specifically applies to you while common references are things that everyone can relate to.

Example: “I was in a room full of people and the speaker only acknowledged me.”

Common references are usually based on experiences that most people have, like assuming others are thinking about you or that a particular commercial is directed at you.

Example: “Everyone has experienced something embarrassing at some point when they were with their friends or family, even though they try to pretend it didn’t happen. I’m not alone when that happens either.”

Private references are unique to individuals and might not make sense to other people.

Example: “I was on a bus and the driver stopped suddenly, causing me to bump into the person beside me. I assume he did it because of my anxiety around touching other people.”

There are two main types of ideas of reference. They include:

Where the stimulus reflects something in reality, but it’s still considered an idea due to its effects on you being solely created by your mind.

For instance, seeing “John” written all over a newspaper article about someone who died in a car accident.

When the stimulus is created within your mind, like hearing someone say your name or thinking about something that happened to you even though it didn’t happen at all.

For example, remembering an “argument” with someone who wasn’t there.

There are three main types of ideas of reference: personal, social, and intellectual.

Personal references involve things that are unique to you and no one else.

Example: “It feels like everyone is watching me. I just know they are.”

You can usually relate to social references since you have most likely experienced them before in some way or another.

Example: “I was walking my dog and a car drove by slowly with the window rolled down.”

Intellectual references are based on things you’ve learned or know about.

Example: “I was reading an article about the president and I suddenly started thinking he was talking to me.”

There are two main types of ideas of reference: obsessional and non-obsessional.

Obsessional references involve thoughts or images that keep coming back to you, even though you don’t want them to. It’s like they have a life of their own and won’t go away no matter how much you try to get rid of them.

Example: “I can’t stop thinking about what I said during the presentation. I’m pretty sure everyone could tell I was nervous.”

This is the most common type of idea of reference and it doesn’t involve any thoughts or images that won’t go away. It’s more like you just notice something strange but then it quickly fades from your mind.

Example: “I was walking to work and I saw a cat run into the bushes. It was just a normal cat, there was nothing special about it.”

There are two main types of ideas of reference: minor and major.

A minor reference is something that slightly bothers you or that you notice every once in a while. It’s not that disruptive to your life but can still be upsetting or frustrating because it doesn’t make sense and other people don’t understand what you’re going through.

Example: “I got sick of hearing the same song on repeat so I turned off my radio.”

A major reference is something that causes a significant change in your mood or behavior. It’s usually intense and the more you try to stop thinking about it, the stronger those thoughts come back.

Example: “I was driving home from work when another car suddenly swerved into my lane. I felt like they were trying to hit me on purpose.”

What Causes Ideas Of Reference?

The Four Most Common Factors

Four main factors cause ideas of reference. They include:

Stress and trauma can make you more susceptible to these kinds of thoughts, which is why they often show up for people who’ve been through a lot in their lives.

Example: “I was at the hospital visiting my grandma and she died while I was there.”

When your senses are constantly bombarded with information, it can be hard to distinguish between what’s real and what’s not. This is especially common in people who have ADHD or OCD.

Example: “I was at the mall and there were so many people that it felt like I couldn’t breathe.”

Lack of sleep can make you more prone to having intrusive thoughts because your brain isn’t able to function as well. This is why people often have strange dreams when they’re exhausted.

Example: “I was trying to study for my final but I couldn’t focus because I was so tired.”

Certain medications can also increase your chances of having ideas of reference. This is especially common with drugs that affect the serotonin levels in your brain, like antidepressants.

Example: “I’ve been feeling anxious lately and my doctor said it might be because of something in the medicine I’m taking.”

The Four Most Common Personality Types

Four main personality types tend to use ideas of reference. They include:

People with HSP tend to notice subtle changes or things that other people might not. They’re also more easily overwhelmed by sensory information.

Example: “I always know when someone is mad at me, even if they don’t say anything.”

OCD is a disorder that causes intrusive thoughts and images. For people with OCD, ideas of reference can be a way to make sense of those thoughts.

Example: “I can’t stop thinking that my neighbor hates me.”

People with paranoia or schizophrenia

Paranoia is the fear that other people are trying to trick you, hurt you, or somehow take advantage of you. It’s common for paranoid people to feel like ideas of reference are happening when they aren’t.

Example: “I know he’s following me, I can see him out of the corner of my eye.”

ADHD is a disorder that affects focus and attention. For people with ADHD, ideas of reference can be a way to help them stay focused on something.

Example: “I was trying to study for my final but I couldn’t focus because I was so tired.”

NOTE: Ideas of reference are common and usually harmless. But if you notice them happening often or they’re interfering with your life, it may be time to seek treatment from a therapist.

How Can You Tell If Someone Is Using Ideas Of Reference?

Ideas of reference are usually easy to identify due to the person’s tendency to attach a personal meaning or significance to something that seems unrelated. For example, if someone keeps seeing the number 444 everywhere they go and it makes them feel paranoid, this could be a sign of ideas of reference.

Professionals’ on Ideas of Reference

There’s a lot of debate among professionals over whether or not ideas of reference are a disorder. Some people feel they’re simply a quirk in the way some people think while others believe they can be quite harmful and should be treated if they become problematic.

In his autobiography called The Wolf Boy: A Son’s Journey Home from Moldova, Vlad talks about how at a young age, he became obsessed with the idea that he was a werewolf.

This stemmed from watching too many horror movies and noticing that some of his classmates had similar hair on their bodies. Vlad’s parents didn’t help matters by playing into his fears and convincing him that he was a werewolf. As you can imagine, this caused him a lot of problems.

Ideas of reference are a fairly common phenomenon that can affect people in different ways. If you think you might be experiencing them, it’s important to understand what they are and how they work. Talk to a professional if you’re having trouble dealing with the effects of ideas of reference or if they’re causing significant distress in your life.