Parapsychology is a branch of the paranormal, and it’s been around since the late 1800s. It’s also known as “psi,” short for psychokinesis or telepathy. The field has always been controversial, but in recent years it seems to have finally gained some respectability. In this article, we will explore how parapsychology can help you understand why people experience what they do and make sense of their lives more deeply.

What Do You Mean By Parapsychology? 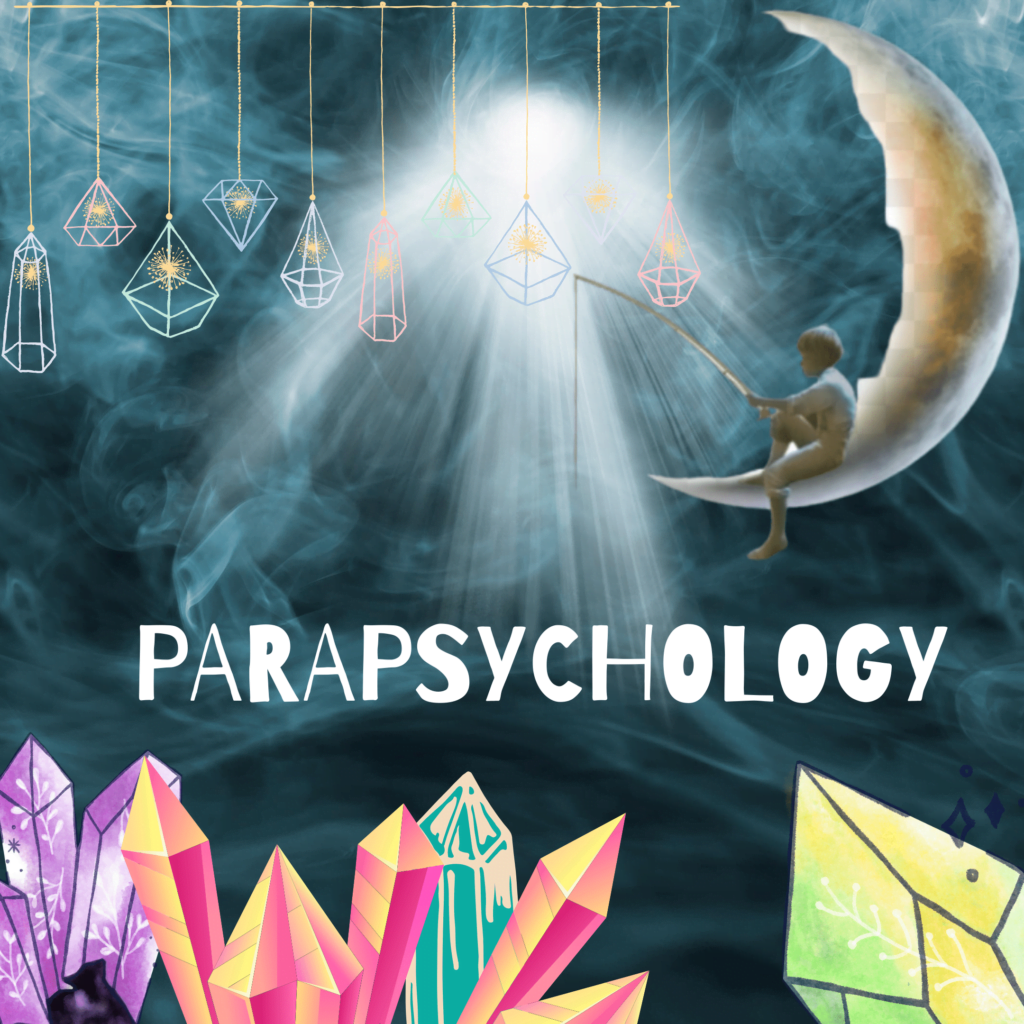 Parapsychology is the study of psychic or paranormal phenomena. Some examples are telepathy, precognition, and psychokinesis. Parapsychologists believe that these things can be observed in a laboratory setting under controlled conditions by observing involuntary changes in behavior during experiments with human subjects. “Psi” comes from the Greek word meaning “mind” or “soul.” 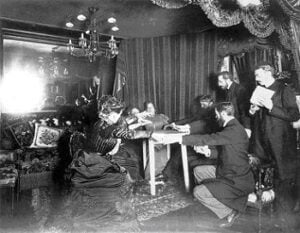 The study of parapsychology dates back to the 19th century. Private companies have been studying ESP and other psychic abilities. Some of these companies are in America, Canada, Europe, Australia, and Japan.

Parapsychology is a complicated word for science that studies things like telepathy, precognition, clairvoyance, and psychokinesis. Near-death experiences are also studied by parapsychologists. Some people say that they have lived before and that you can find out about it. Some examples are hypnosis, apports in séances, and levitation effects in seances with electromagnetic field anomalies. There’s also fire-walking and materialization phenomena like ectoplasm in seances.

Parapsychology is a pseudoscience that studies paranormal psychic phenomena. Scientists first started researching the field in the 1800s. Sir William Crookes was one of these scientists and he created a device called a cathode ray tube. Later, he studied electron beams. He invented them and used them on computer monitors. In modern times, people have been researching people who claim they can move objects or control electronic devices with the power of their minds. They use techniques from hypnosis to get back what they lost.

Shreds of Evidence on Parapsychology 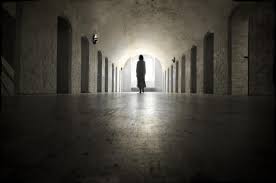 You might remember a movie called Flatliners. It was about medical students who stopped their hearts and put themselves in a close-to-death state. They do this by making themselves close to death for a short time. They can then create very vivid memories that are not easy to explain with normal means. People use these experiences as an excuse to do bad things. They might steal money from a wallet or sleep with someone else’s spouse! Some people have come back to life, even though they were clinically dead. It sounds like it can’t be real, but it is true.

Have you ever taken a nap and woke up from a dream where you were floating above your own body? You may have been sleeping on the couch, but you were feeling as if your spirit was actually levitating in midair. An out-of-body experience is a feeling that you are not in your body. You can see what is going on around you even when you are awake! 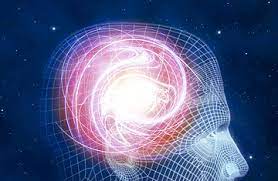 There are so many different types of psychic phenomena. Everything from mental telepathy (mindreading) all the way down to psychokinesis (bending metal with the power of our minds) has been studied and documented by scientists who were interested in the evidence both for and against these phenomena. 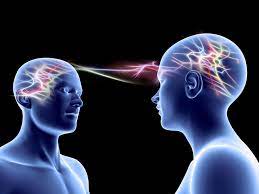 There are many forms of telepathy. Dream telepathy is something that scientists studied. Some people think it’s real, and others do not believe in any type of telepathic phenomenon at all. Many people have a dream where they can communicate with someone else. But not everyone does so it doesn’t mean the experience is false. The experiences can be so convincing that people set up experiments. They want to take a look at the phenomena and see what is going on.

One study tried to figure out if telepathy existed through dreams. The researchers did not find any evidence for this type of phenomenon, but they were able to rule out some things that people thought about dream telepathy.

The participants in the experiment took a two-week test where they filled out forms at night before bedtime. They would write down what happened during their day and then give it back to the researchers the next morning when the participant woke up. Then, while people were sleeping, there was an EEG machine on top of them and it read their brain activity. This included REM periods which are times when we dream. There was no evidence found supporting that one person could communicate with another person through dreaming experiences even though many people think they have this experience.

Reincarnation is the belief that our souls are immortal and live many lives. When we die, our minds go into another body (or baby) after they are born. We can be transported into any time period or location in history where there is a new life beginning with an adult personality. Some people have memories of past lives; some don’t want to believe it because it messes with their own religious beliefs about what happens when you die.

When people have a feeling that something bad will happen, it is called being superstition. These are beliefs that are not true. Parapsychology is the study of these beliefs. Scientists think it’s not real because there is no evidence for any paranormal things happening after 150 years of research. Some people think that it is wrong to say something is “paranormal” without understanding it better.

Parapsychology is a pseudoscience that studies paranormal claims, such as psychokinesis and telepathy. However, some other kinds of things that are spooky also happen. Things like a person being born again or a person going into someplace without their body. Parapsychologists claim that these phenomena exist and have physical explanations, even though no one has been able to prove them. One of the main problems with parapsychology is that it does not have experiments and reviews. Parapsychologists do not follow scientific standards that other scientists have to follow. This makes it hard for other scientists to prove if their studies are right or wrong.

The word paranormal means events that seem to be beyond normal. This is about telekinesis, clairvoyance, ESP, psychokinesis, reincarnation, astral projection, and near-death experiences. There has been little evidence found for any of these concepts. Parapsychologists believe that all these things are real and have a physical explanation. They don’t know this for sure, but they think it is true.

If people want to talk about parapsychology, they need strong evidence. Critics say that is very important. Scientists who study parapsychology have found that the data is not good enough quality. People who say that parapsychology is not a real thing show this by pointing out the cases of people lying, faulty research, and other errors. People want to believe in things that are not true. But they often don’t bother to find out what it is, and just ignore the truth.

Criticism of Experimental Results of Parapsychology

There have been many criticisms against the experimental results produced by Parapsychologists. One criticism claims that there is not any hypothesis testing being done when conducting experiments in Parapsychology. This means that researchers are just performing an experiment without having made up their mind on how they will be interpreting their data after collecting it (Bem & Honorton, 1994).

Another issue brought up about the methodologies used in experiments conducted within this field is statistical errors. One major problem is the low statistical power of many experiments (Wagenmakers, Wetzels, Borsboom & van der Maas, 2011). This means that empirical results in Parapsychology are not very reliable due to the small sample sizes used in most studies which increase the risk of a Type II error.

Fraud has also been documented several times throughout history and still occurs today (Radin & Nelson, 1989; Alcock 1993b). Many researchers have pointed out this issue but there have yet to be any repercussions against those who commit fraud through deception or hoaxes involving data manipulation or falsification.

The main issue with parapsychology’s experimental methods is that they do not follow standard scientific protocol and do not incorporate hypothesis testing. There is also a large issue with statistical power and fraud documented in the field throughout history.

Parapsychology is the study of mental phenomena. It includes telepathy or clairvoyance is beyond the reach of normal scientific understanding. Studies have indicated that parapsychological practices can provide a useful framework for refining and/or integrating various theories in order to better understand human psychology.

Many scientists and scholars in the area of personal development and human potentials contribute to this field. There were a great number of Russian scientists, for example Alexander Nikolayevich Laptev and Uvarova (Uvarov), who researched on anomalous physical phenomena; Semyon Davidovich Kirlian discovered the “Kirlian effect” and his research on auras, which he called “electrography”, supported the idea of re-incarnation; L. Vasiliev was a prominent psychologist who became interested in parapsychology during his investigations into the effects of hypnosis; Michael Konstantinovich Gizatullin explored telepathy, clairvoyance, the “flashing light” method of inducing trance, and other topics; Nikolai Vasilievich Dogorov conducted experiments on telepathy in animals.