What Is Parasympathetic Nervous System? 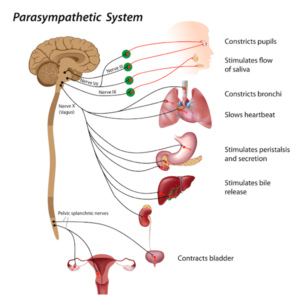 The parasympathetic nervous system (PSNS) is part of the autonomic nervous system, which means it works automatically and supplies our bodies with important information from within. It is a term used to describe nerves that are not under voluntary control and often seen as acting in opposition to noradrenaline, a neurotransmitter associated with the sympathetic nervous system. The PSNS is responsible for conserving an individual’s energy, and as a result stimulates body organs that are required for digestion and organ function, leading to a slowing down of the heart rate and breathing.

The parasympathetic nervous system is known to be the most underrated of the two, but it has some very important functions that are beneficial to us.

Therefore, a system that controls the digestive process is essential for humans. As well as this, the PSNS regulates blood pressure, sex drive, and blood sugar levels – all things that are important for our survival. In order for us to be able to do all of the things we need to do in life, it’s important that we have a well-functioning parasympathetic nervous system.

If you want your body to function optimally, make sure to take some time to relax and enjoy yourself. Spend time in nature, eat slowly, and be present when you are around others. By taking the time to stimulate your parasympathetic nervous system, you will feel better and also enjoy life more fully.

Why Do We Need It? 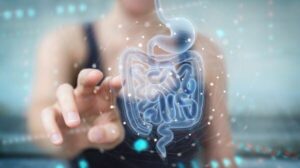 In order for humans to survive, we need to be able to digest our food and absorb nutrients from it. Therefore, a system that controls the digestive process is essential for humans.

There are two types of people in the world: those who get butterflies in their stomach before doing something important or facing a stressful situation, and those who don’t. People who have the latter are less likely to have their heart rate increase, whereas those who have butterflies are more likely to have an increased heartbeat. People with a high resting pulse are at risk for developing cardiovascular and other diseases. However, by stimulating the parasympathetic nerve by eating food slowly and making sure not only to chew your food but also enjoy the taste and the company you are in, we can help our bodies relax.

There are many ways to stimulate the parasympathetic nervous system. One way is through deep breathing exercises. When we breathe deeply, it sends a signal to the PSNS that tells it to calm down the body. Other ways include eating slowly, enjoying your food, and spending time in nature. These are all things that help us relax and promote the function of the PSNS.

How To Take Benefit Of Parasympathetic Nervous System? 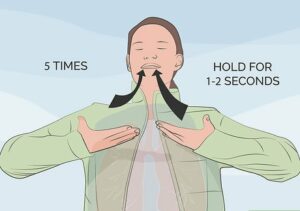 The parasympathetic nerve is the most underrated of the two. Maybe it’s because it’s not as well known or understood. This nerve has a lot to offer that benefits us in many ways.

So how do you make sure you’re getting the benefits of the parasympathetic nervous system without letting it get out of hand? It’s all about finding a balance. Movement is key, but you don’t want to overdo it. Try to take breaks throughout the day to move around and stretch. And when it comes time for bed, make sure you’re winding down gradually. Avoid screens while going to sleep, and other devices that will stimulate your brain and keep you awake. Instead, read a book or do something calming to help you relax.

The parasympathetic nervous system is an important part of our overall health, but it’s important to find the right balance for you. By making a few simple changes, you can keep it in check. In order for humans to survive, we need to be able to digest our food and absorb nutrients from it. Therefore, a system that controls the digestive process is essential for humans.

It is important to work on stimulating the function of the parasympathetic nervous system in order to live a happier and healthier life. One way you can do this is by doing deep breathing exercises. When we breathe deeply, this sends a signal to the PSNS that tells it to calm down the body. Spending time in nature is another way you can stimulate your PSNS. 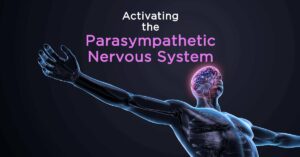 The parasympathetic nervous system is an essential part of our body that helps us to function optimally. By taking the time to relax and enjoy ourselves, we can stimulate our PSNS and live a healthier life. So, next time you feel stressed out, take some time to relax. 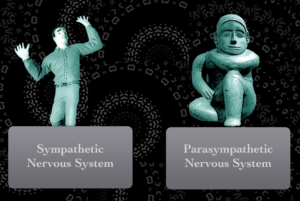 When an organism engages in vigorous activity, blood flow to the muscles increases, while simultaneously decreasing blood flow to the digestive tract. Simultaneously, there is an increase in digestive juices and bile released by the liver into the small intestine. A decrease in food consumption increased saliva release, and an increased number of bowel movements occur as well.

Some specific examples of parasympathetic responses include:

The parasympathetic nervous system is the part of your autonomic nervous system that deals with rest and digestion, which can be a good thing. It’s what kicks in when you need to take a break from work or school for lunch or an after-lunch nap. If it turns out you don’t have time for those things, try some breathing exercises before bed. So at least you’ll get better sleep as well as more energy during the day.

The downside to the parasympathetic nervous system is that it can also lead to stagnation. This happens when you don’t move around enough and your body’s natural detoxification processes slow down. This can cause problems such as weight gain, high blood pressure, and even heart disease.