Repression is one of the most important concepts in psychology. It has been developed by Sigmund Freud and it’s still used today to describe a person’s defense mechanisms. This article will give you an insight into what repression means, how it can be identified, its types and degrees, as well as effects on people who suffer from repression.

Repression, as defined by Sigmund Freud, means the defensive mechanism of keeping thoughts out of mind. It is used to explain how people keep memories or feelings from awareness because they are too painful for them.

NOTE: Freudian repression was created by Sigmund Freud. He was the first to use this term in his book “The interpretation of dreams” which he wrote in 1899.

There are many examples of repression in people’s lives. One example would be a person who has been sexually abused as a child. This person might repress the memories of the abuse to cope with the pain.

Freudian repression is a specific type of repression that was developed by Sigmund Freud. He believed that this was the main defense mechanism used by people to keep unacceptable thoughts and feelings out of their minds.

There are three types of repression:

This is the earliest form and it happens when a person is first exposed to unacceptable thoughts or feelings.

This is the most common type and it happens when people try to suppress memories or feelings that are too painful for them to deal with.

This is the rarest type and it happens when people try to suppress memories or feelings that they are not even aware of.

NOTE: Further, repression of memories can also be voluntary or involuntary.

There are three degrees of repression:

This is when a person experiences some discomfort but is still able to think about the thoughts or feelings that have been repressed.

This is when a person experiences a lot of discomfort and is unable to think about the thoughts or feelings that have been repressed.

This is when a person experiences so much discomfort that they are unable to remember anything about the thoughts or feelings that have been repressed. 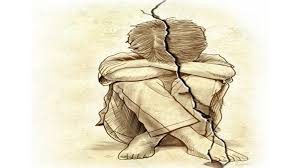 There are many effects of repression on people. Some of these effects include:

People who suffer from it often experience a lot of anxiety because they are constantly worried about the thoughts or feelings that are being repressed.

People who suffer from depression often experience it because they feel like they are unable to cope with their emotions.

People who suffer from it often have low self-esteem because they are afraid of not being able to accept their thoughts or feelings.

NOTE: People who are introverted, sensitive, and neurotic tend to be most prone to it.

In addition, people who:

Contemporary psychology still uses the concept of repression but it is used in a different way than Sigmund Freud did. Nowadays, people use this term when talking about memories or feelings that have been hidden from awareness.

Repression As A Defense Mechanism

People use repression as a defense mechanism to protect themselves from emotional pain. It is often used when people are unable to cope with their thoughts or feelings.

It is important to note that repression and suppression are two different things.

Here are some tips for coping with repression:

People should try their best to avoid using repression as a defense mechanism because it usually causes problems.

You can also read about repression online. Many articles explain the concept, types, and effects of this psychological defense mechanism in detail.

Talk To A Professional

If you are experiencing a lot of distress because of the thoughts or feelings that have been repressed, then it is important to talk to a professional. They will be able to help you to understand and deal with your emotions.

Many different therapies can help people overcome their feelings of repression. These therapies include:

Talk therapy is a one-on-one talk session with a therapist to help you work through your thoughts and feelings.

In cognitive-behavioral therapy, you will learn how to change the way that you think about things as well as how to behave in certain situations.

This type of treatment involves going into an altered state of mind to recover repressed memories.

NOTE: All three types of therapy are usually done in conjunction with each other.

This type of therapy is based on the theories developed by Sigmund Freud a long time ago. This therapy helps people to uncover hidden memories and feelings that have been repressed for a long time.

This is a type of therapy that helps people to explore their feelings and thoughts to better understand why they are repressing them.

This is a type of therapy that helps people to share their experiences with others and to get support from them.

This is a type of therapy that helps people to process the memories that are causing them distress.

Talking To A Professional

When repression is affecting someone’s life, it can be beneficial to talk about it with a professional therapist. They will help you uncover any memories or feelings hiding in your awareness as a result of repression. Also, they will also teach you how to cope with them in the future.

Many professionals believe that repression is a defense mechanism that can be helpful in the short term but can be harmful in the long term. They also believe that therapies such as cognitive-behavioral therapy and psychodynamic therapy can help deal with it.

In this case study, a woman named Sarah was going through therapy because she felt very distressed and unhappy. She also struggled with her anxiety symptoms quite a bit even though they were not terrible problems. She realized that many of the things that used to make her happy no longer did so anymore. During therapy, it became clear that there was an important memory from her childhood that she had repressed.

This memory was about the time when Sarah’s father tried to sexually assault her and she pushed him away. She was only eight years old at the time and this happened right after another traumatic event – a car accident where both of her parents passed away. As we can see, many things were going on in Sarah’s life that was too difficult for her to cope with so she repressed the traumatic memories.

When Sarah remembered the assault, she felt a lot of intense emotions such as fear, sadness, anger, and shame. She also had a feeling like she was going crazy because this memory was hiding from her awareness. After realizing that her father had sexually assaulted her, Sarah said that she felt even angrier towards him.

She then talked to some of the members of his family and they all confirmed what he did because it was not a secret at home. This made Sarah feel very ashamed so she decided not to share this information with anyone else. Even though it took her a long time, Sarah was finally able to process this memory and she began to feel better.

The concepts of repression have gone through an evolution over time. But it still stays relevant in psychology to describe how people process memories. Or feelings that are too painful for them to deal with. It can be voluntary or involuntary and it can have a lot of negative effects such as anxiety, depression, low self-esteem, etc.

There are many therapies for repression but the most important thing is to talk about your emotions to cope with them more effectively. If you are experiencing any problems related to it, it is best to talk to a professional. They will be able to help you to better understand what is happening and how to deal with it.