There are many different types of bias that can affect people in all sorts of ways. This article will discuss what is bias and its various types, and how you can reduce them. 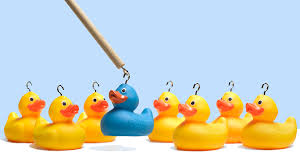 Bias, in a general sense, is simply a preference for something. For example, you may have a bias towards blue over red because of the color of your favorite shirt or car. In psychology and decision-making, however, “bias” has a more specific meaning: it refers to cases where people make systematic decisions that deviate from what is objectively true.

What Causes People To Be Biased?

So now that we know what bias means, let’s look at why people are biased in the first place. There are three major sources of human error: cognitive limitations, incentives/norms, and emotions (these sometimes overlap).

Cognitive Limitations include things like memory limits or our limited ability to process information. For example, when you are taking an exam it can be difficult to remember everything that was taught in the semester so any shortcuts may lead you astray.

Incentives/Norms include things like conformity or social desirability bias which causes people to think and act according to what they believe is expected of them. For example, a teacher may give their students an assignment to write down ten facts about the Revolutionary War and its key figures.

Now, if they believe that this is what will be expected of them on the test then it makes sense for them to do so even if they don’t personally take interest in writing such things down.

Emotions can cause people to be biased as well. For example, the sunk cost fallacy is a cognitive bias that dictates that we are more likely to continue investing in something as long as we have invested so much in the past. Regardless of whether or not it is rational to do so.

What is an unconscious or implicit bias? 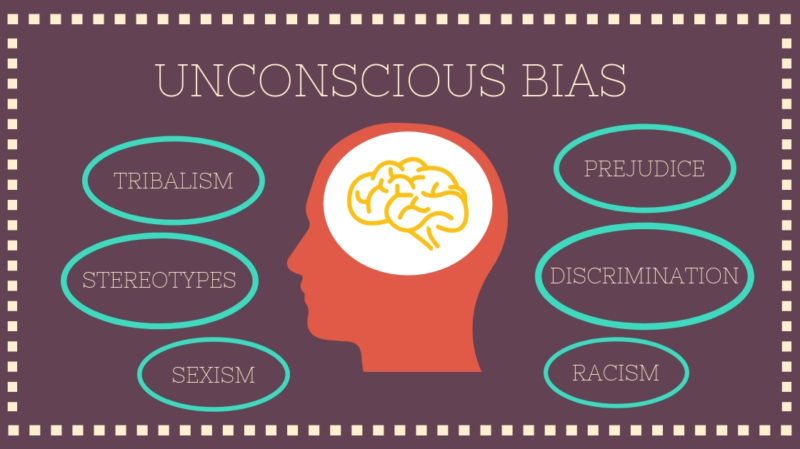 Sometimes you can be biased in ways that you aren’t even aware of. These biases are called implicit or unconscious biases. They describe cases where we have a preference for something – such as people, places, organizations, etc. – without knowing why we do so.

There are many different types of bias but two broad categories are cognitive biases and emotional biases.

Cognitive biases are judgments that we make using our thinking processes. For example, the sunk cost fallacy is a cognitive bias because it’s something that we do (judging whether or not to continue investing in something) based on our thoughts about the situation.

Emotional bias, on the other hand, is a judgment that we make using our emotions. For example, the halo effect is an emotional bias. Because it’s something that we do (judging someone based on how we feel about them) without really thinking about it. 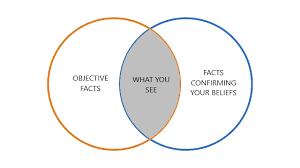 Anchoring bias is a cognitive bias that describes the tendency for people to rely too heavily on one piece of information when making decisions. For example, imagine that you are buying a new car and you have two models in mind: the first costs $15,000 and the second costs $20,000. 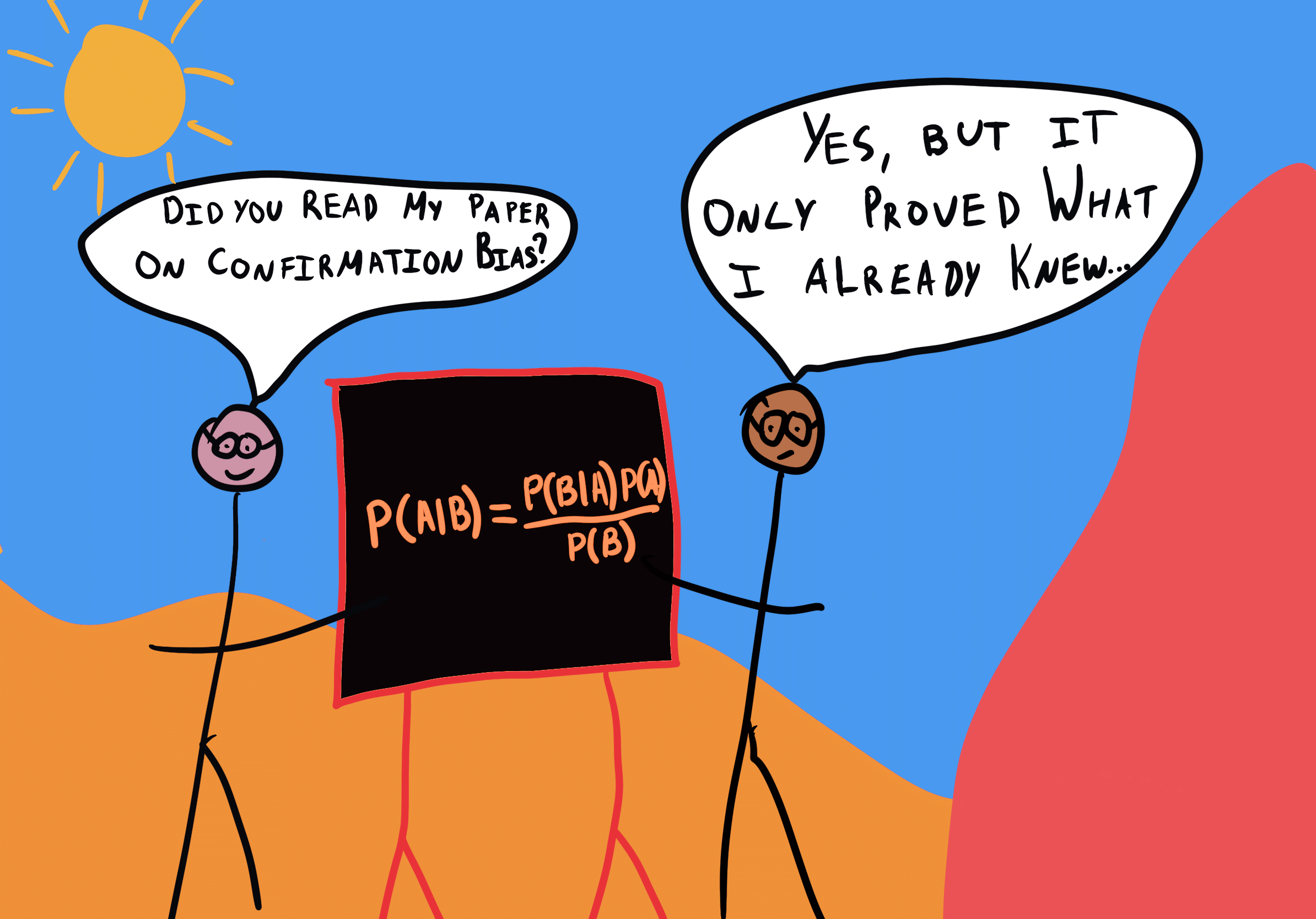 The curse of knowledge refers to a scenario in which people cannot relate with an individual who lacks their knowledge or expertise. Because they don’t know what it’s like not to have this same level of understanding.

It is a cognitive bias that describes the tendency for people to overestimate how much they could have predicted an event after it has already happened. For example, imagine you are in a meeting with your boss and he raises his voice at someone. After the meeting, you might think to yourself “I knew he was going to get mad at someone today.” Hindsight bias is what causes you to think this way.

It describes a cognitive bias in which people who are not very skilled at something incorrectly believe that they are. It occurs when individuals suffer from illusory superiority, mistakenly assessing their ability to be much higher than it is. As David Dunning and Justin Kruger put it, “the miscalibration of the incompetent is exacerbated by their unawareness of this fact.”

It is the cognitive bias that causes us to form an overall impression of someone or something based on one positive characteristic, trait, or piece of information. For example, if someone you just met is attractive, intelligent, and successful then it’s likely that you will rate them as more likable than someone who lacks these traits. 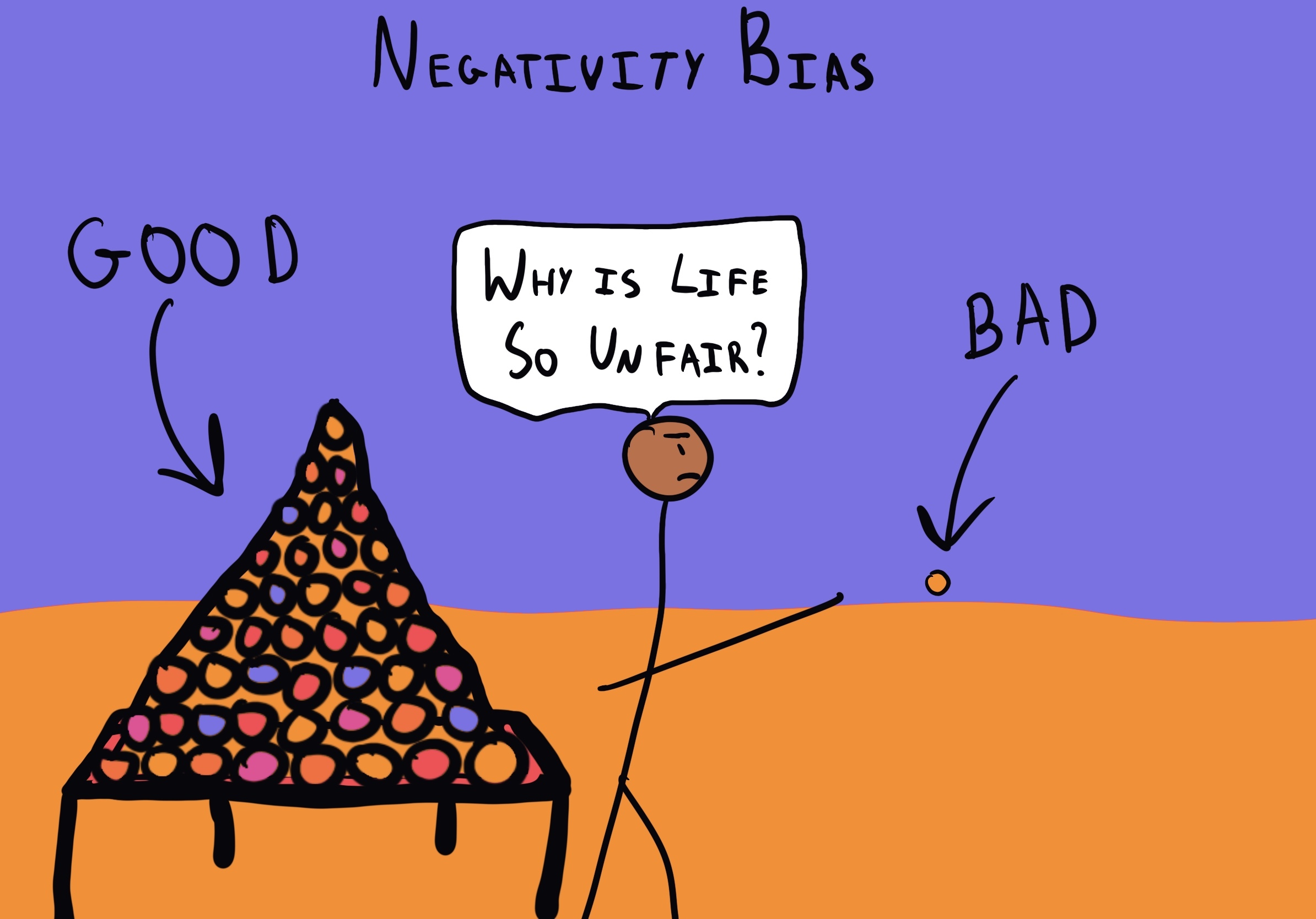 It refers to the fact that bad things have a stronger effect on us than good things. As Roy Baumeister puts it, “bad emotions, bad parents, and bad feedback have more impact than good ones, and bad information is processed more thoroughly than good.” This effect occurs because our brains are wired to remember negative experiences. 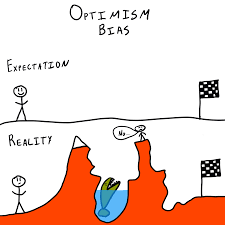 The sunk cost fallacy is a cognitive bias that describes the tendency for people to continue investing in something as long as they have invested so much in it, regardless of whether or not it is rational to do so.

For example, imagine you have been dating someone for a while and you are considering breaking up with them. However, you decide to stick it out because you have invested so much time and energy into the relationship. In this case, you are falling victim to the sunk cost fallacy. 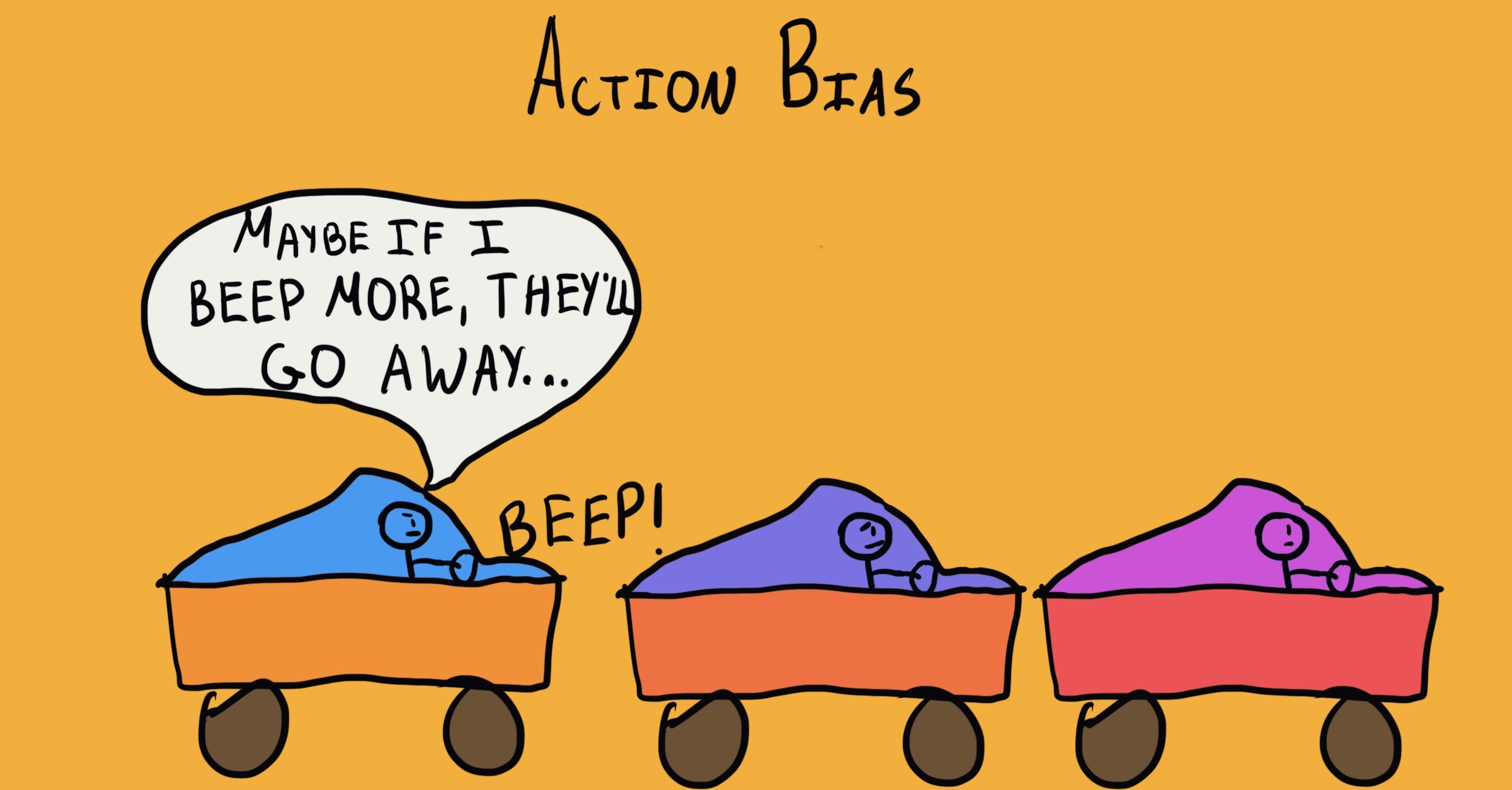 It can be dangerous because it can lead to decisions and judgments that are not rational or logical. Furthermore, bias can cause people to act in ways that are harmful to themselves and others.

It can also lead to discrimination in the workplace. For example, if an employer is biased against a certain race or gender, they may be less likely to hire someone from that group.

Ways To Reduce Bias In The Workplace

It can also lead to conflict and division in personal relationships. For example, if one person in a relationship is biased against another person’s religion or political views, it can lead to tension and arguments.

While it is impossible to be completely unbiased, you can reduce your bias by being aware of it.

How Can You Reduce Your Bias? 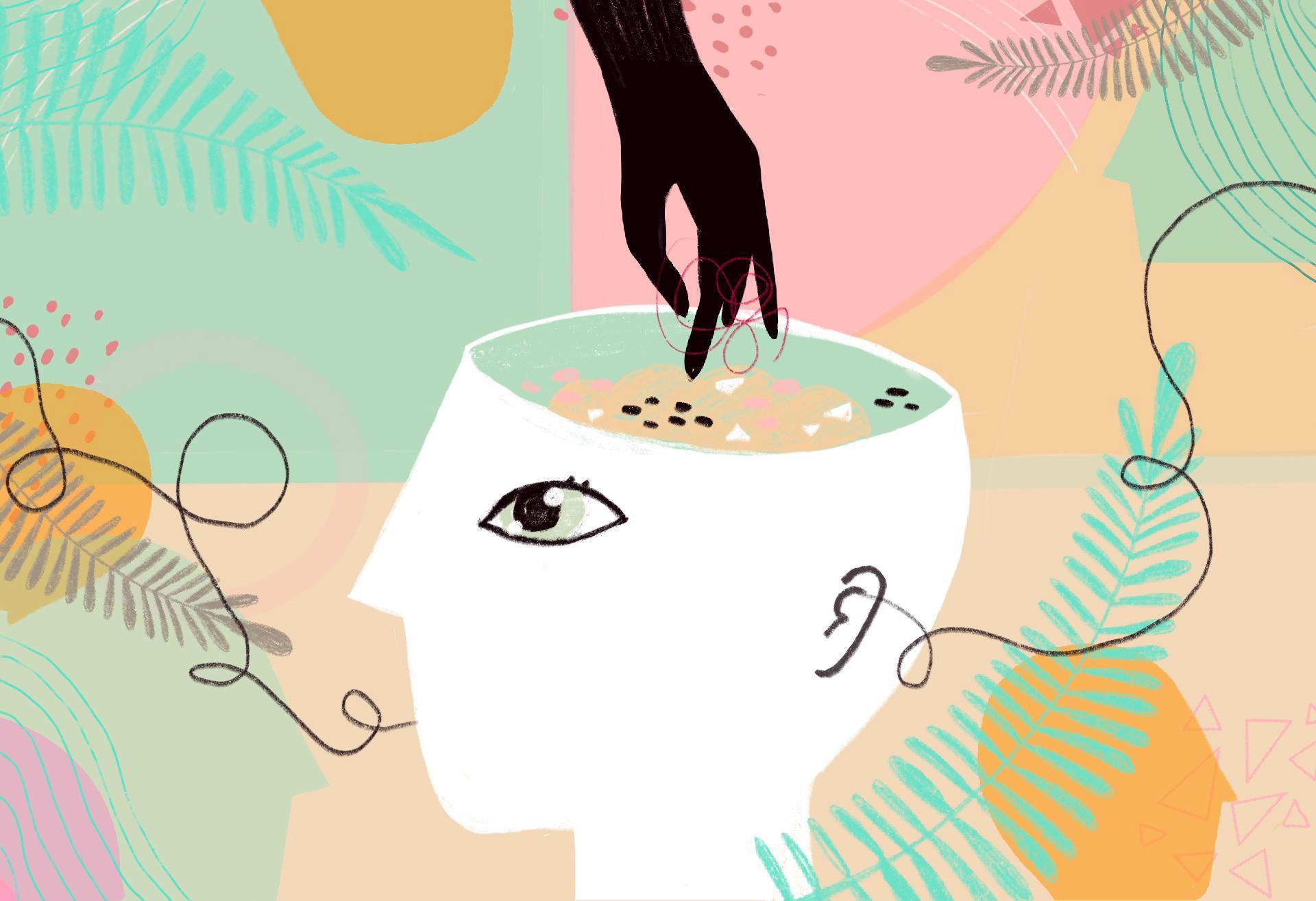 To reduce your bias, you must first be aware that you tend to fall victim to these cognitive biases.  This will help to reduce your them by preventing you from falling victim to it in the future.

Action Steps On How To Reduce Bias

If you are interested in reducing your bias, here are some things that you can do: 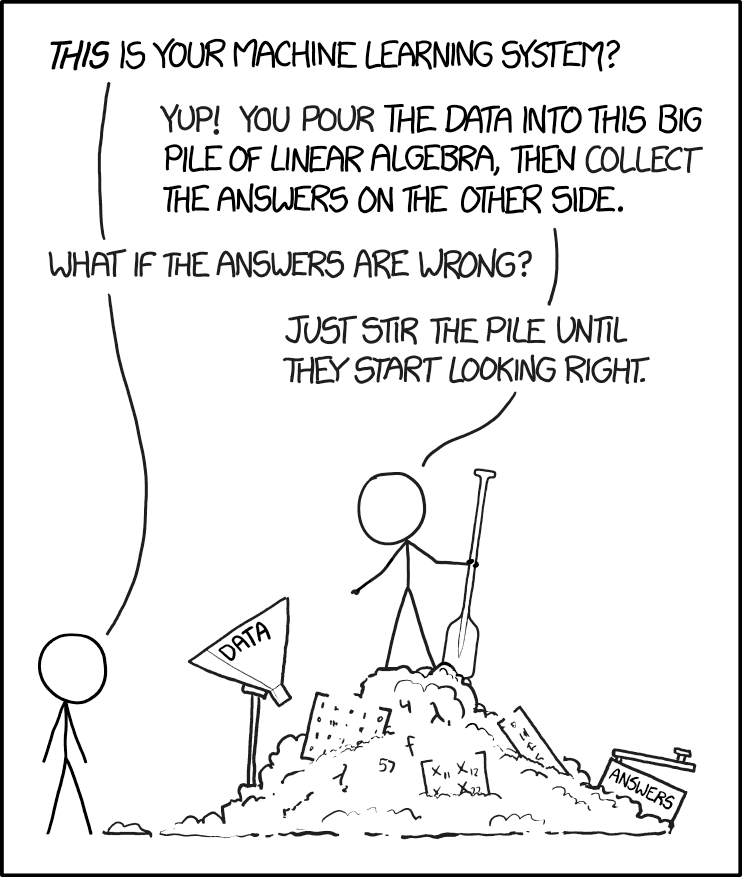 With the rise of Artificial Intelligence and machine learning, we will likely see bias incorporated into many algorithms. Bias can be reduced by having AI make decisions based on input from a variety of sources instead of relying on one data point like race or gender. 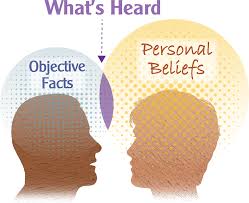 There are many experts on the topic of bias and how it affects decision-making. For example, there have been several TED talks given by David Dunning and Christopher Kruger on the topic of the Dunning-Kruger Effect.

The talk by David Dunning is called “How Ignorance Leads to Confidence” and the talk by Christopher Kruger is called “Unskilled and Unaware of It: How Difficulties in Recognizing One’s Incompetence Lead to Inflated Self-Assessments”.

Several cognitive biases can affect the decisions we make. However, by being aware of these biases and taking steps to reduce them, we can make better decisions in our lives.