Prozac is a drug that is often prescribed to treat depression, anxiety, and other mood disorders. However, did you know that Prozac can also be used to treat Attention Deficit Hyperactivity Disorder? In this blog post, we will discuss the link between Prozac and ADHD, as well as how the drug can help improve symptoms of the disorder. 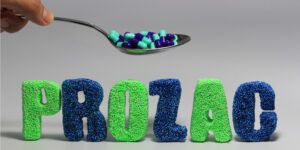 Prozac was first approved by the FDA for the treatment of major depressive disorder in 1987. Since then, it has also been approved for the treatment of the obsessive-compulsive disorder (OCD), bulimia nervosa, and panic disorder. Prozac is one of the most commonly prescribed antidepressants in the United States; over 24 million prescriptions were filled for the drug in 2011 alone.

Attention Deficit Hyperactivity Disorder is a neurodevelopmental disorder that affects both children and adults. Symptoms of ADHD include difficulty paying attention, impulsivity, and hyperactivity. These symptoms can interfere with school, work, and social relationships. Although it is often thought of as a childhood disorder, up to 60% of children with ADHD will continue to experience symptoms into adulthood. 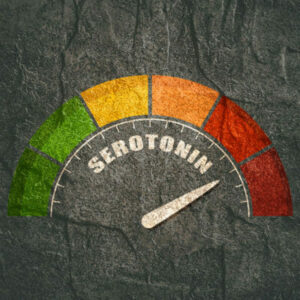 While Prozac is most commonly associated with the treatment of mood disorders, the drug can also be used to treat ADHD. Studies have shown that Prozac can help improve symptoms of inattention, impulsivity, and hyperactivity in children and adults with ADHD. One study found that Prozac was more effective than a placebo in treating symptoms of ADHD in children ages six to 17. The drug was also well-tolerated by the participants in the study. Another study showed that Prozac improved symptoms of ADHD in adults when compared to a placebo.

How Does Prozac Work for ADHD?

The exact mechanism by which Prozac improves symptoms of ADHD is not fully understood. However, it is thought that the increase in serotonin levels caused by the drug may help to improve focus and attention. In addition, Prozac may help to reduce impulsive behaviors by decreasing activity in the part of the brain that controls these behaviors. It is important to note that Prozac is not a cure for ADHD, but it can help to improve symptoms and make everyday life easier for those who live with the disorder. 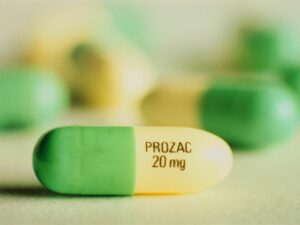 Prozac is available in both capsule and liquid form. The usual starting dose for children with ADHD is 20 mg per day. For adults, the starting dose is usually 40 mg per day. The dose may be increased or decreased depending on how well the drug is tolerated and how well it works to improve symptoms.

Prozac is typically taken once daily, in the morning. However, your doctor may prescribe a different dosing schedule if necessary. If you miss a dose of Prozac, take it as soon as possible. If it is almost time for your next dose, skip the missed dose and continue on your regular schedule. Do not take two doses of Prozac at the same time.

Patients can begin to experience some improvement in symptoms within the first two weeks, however, full effectiveness may not be reached for up to five weeks.

Prozac is a safe and effective treatment for ADHD. However, there are a few things to consider before starting the drug.

Side Effects of Prozac

If you experience any unusual or severe side effects while taking Prozac, be sure to contact your doctor immediately.

If you are considering taking Prozac for ADHD, be sure to speak with your doctor about all your treatment options.

Adderall is a stimulant medication that is commonly used to treat ADHD. It  increases levels of dopamine and norepinephrine in the brain, which can improve focus and attention.

Ritalin is another stimulant medication that is commonly used to treat ADHD. Like Adderall, Ritalin increases levels of dopamine and norepinephrine in the brain, which can improve focus and attention.

Strattera is a non-stimulant medication that is approved for the treatment of ADHD. This works by increasing levels of norepinephrine in the brain, which can improve focus and attention.

Intuniv is another non-stimulant medication that is approved for the treatment of ADHD. It works by increasing levels of norepinephrine in the brain, which can improve focus and attention.

Prozac is not the only medication used to treat ADHD. There are many different kinds of medication available depending on the symptoms someone experiences. Some people might try a combination of different types before finding one that works best for them while others find that therapy or lifestyle changes help more than any medication.

Therapy can include different types of counseling, such as cognitive-behavioral therapy, which can help people learn how to better manage their ADHD symptoms.

Lifestyle changes, such as getting regular exercise, eating a healthy diet, and getting enough sleep can also help improve ADHD symptoms.

If you are considering taking Prozac for your ADHD, be sure to speak with your doctor about all the potential risks and benefits. There are many different treatment options available, so it is important to find the one that is right for you.

In conclusion, Prozac is a medication that can be used to treat ADHD. Prozac works by increasing levels of serotonin in the brain, which can improve focus and attention. However, there are potential side effects associated with the use of Prozac. Be sure to speak with your doctor about all the potential risks and benefits before starting any medication. Mantra Care has a team of professionals who can assist you in your mental wellness journey at affordable rates. Contact us for bookings today!