Bipolar in teens is often mistaken for normal teenage mood swings. However, bipolar disorder is a real and serious mental illness that can be devastating if left untreated. It is important to find ways to treat the condition. In this article, we are going to discuss bipolar in teens and how to identify and manage it. 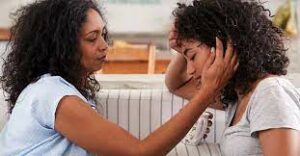 Bipolar disorder is a mental illness that causes extreme mood swings. The lows, or depressive phase, can be just as debilitating as the highs, or manic phase. And while bipolar disorder is most commonly diagnosed in adults, it can occur in children and teens as well.

In fact, researchers have found that bipolar disorder may be more common in adolescents than previously thought. A large study that was funded by the National Institute of Mental Health found that nearly half of all teens who were diagnosed with bipolar disorder also had symptoms of depression.

The study also found that teens with bipolar disorder are more likely to have substance abuse problems, eating disorders, and anxiety disorders. And, bipolar in teens is actually linked to a higher risk of suicide.

Bipolar disorder is a serious mental illness, but it is treatable. If you think your teen may be bipolar, it’s important to talk to a doctor or mental health professional. They can help you get an accurate diagnosis and develop a treatment plan.

What Are The Symptoms Of Bipolar In Teens?

If you are concerned that your teen may be suffering from bipolar disorder, it is important to be aware of the symptoms. Bipolar symptoms are of two types mainly. These include:

The depressive symptoms of bipolar disorder in teens are actually very similar to the symptoms of clinical depression. These include: 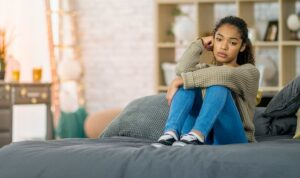 The manic symptoms are what distinguish bipolar disorder from clinical depression. The manic phase is when the individual experiences an abnormally elevated mood. This can be accompanied by:

The symptoms of bipolar disorder can be very severe and can have a significant impact on the individual’s life. If you are concerned that your teen may be suffering from bipolar disorder, it is important to seek professional help.

A qualified mental health professional can make a diagnosis and develop a treatment plan. With proper treatment, many people with bipolar disorder are able to lead healthy and productive lives.

What Causes Bipolar In Teens?

The causes are not fully known, but it is believed that there is a genetic component. There may also be a chemical imbalance in the brain that contributes to bipolar disorder. Stressful life events, such as the death of a loved one or divorce, can trigger symptoms of bipolar disorder in people who are susceptible to the condition.

So, let’s discuss to understand more about the causes. Because if you are aware of the causes, you can manage it better.

Chemical imbalance in the brain 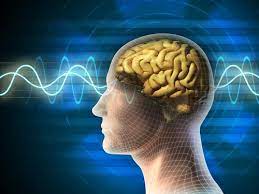 This cause is often implied because the teen is already going through so many changes. Their hormones are all over the place, and they’re growing and learning at an astounding rate. So, when you add in a chemical imbalance, it’s not surprising that some teens would develop bipolar disorder. Also, bipolar in teens is often misdiagnosed as ADHD.

It’s not clear what role the environment plays in the development of bipolar disorder. However, some researchers believe that certain environmental factors may trigger the condition in people who are genetically predisposed to it. These triggers may include:

Identifying bipolar disorder in teens can be tricky because the symptoms closely resemble those of other conditions, such as:

However, there is no scientific evidence to support this theory. It’s just something that scientists have speculated about for many years.

What we do know is that bipolar disorder is a complex condition that arises from a combination of genetic and environmental factors. If you suspect that your teen may be suffering from bipolar disorder, the best thing to do is to seek professional help.

The most common co-occurring mental disorders in teens with bipolar disorder are:

How Bipolar In Teens Is Diagnosed? 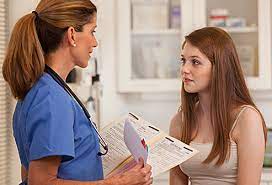 The diagnosis of mental health disorders is never easy, but when it comes to bipolar in teens, it can be especially tricky. That’s because the symptoms of bipolar disorder can mimic those of other conditions—and because adolescence is a time of big changes and mood swings anyway.

To make a diagnosis, a mental health professional will likely:

A mental health professional may also ask about alcohol or drug use, sleep patterns, and eating habits. Make a referral to a specialist. This could be a psychiatrist, psychologist, or other therapist who is trained to diagnose and treat bipolar disorder.

The mental health professional will likely do their own evaluation, which usually includes talking with your teen again about symptoms and family history. They may also use tests to measure thinking, mood, and behavior.

So, with an accurate diagnosis, you will be able to get the right treatment plan for you.

How To Treat It?

The treatment for bipolar in teens is really the same as in adults. There are three main types of treatment: medication, therapy, and lifestyle changes.

Moreover, doctors may also prescribe antipsychotic medications and antidepressants to help with the symptoms. It’s important that you work closely with a psychiatrist when taking medication for bipolar disorder, as they will be able to monitor your progress and adjust your medication as necessary.

In addition to medication, therapy is an essential part of treatment for bipolar disorder. Often, cognitive behavioral therapy (CBT) is used to help people with bipolar disorder manage their symptoms. CBT can help you identify and change negative thinking patterns and behaviors that may trigger a manic or depressive episode.

Other types of therapy, such as:

These therapies work with you and your loved ones to improve communication and build a support system. They can also help you establish healthy routines, which can be helpful in managing bipolar disorder. 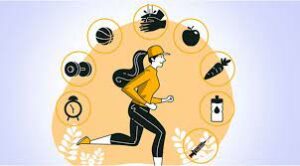 There are also lifestyle changes that can help manage bipolar disorder. Some of these changes include:

Making these changes can help reduce the severity and frequency of bipolar episodes. More often than not, people with bipolar disorder require a combination of medication, therapy, and lifestyle changes to manage their symptoms.

If you or someone you love is suffering from bipolar disorder, know that there is help available. With treatment, people with bipolar disorder can live happy and fulfilling lives. So, it is essential to reach out for help if you or your loved one is struggling.

Some Tips For Helping Your Teens

There are a few things you can do to help your teen if you think they may be dealing with bipolar disorder. These include:

Educate yourself about bipolar

If you want to help your teen, it’s important that you first educate yourself about bipolar disorder. This will help you better understand what they are going through and how to best support them. In fact, many teens find it helpful to have a parent or caregiver who is knowledgeable about the condition. Moreover, it can be helpful to find a support group for parents or caregivers of teens with bipolar disorder.

Encourage your teen to talk

It’s important that your teen feels comfortable talking to you about their thoughts and feelings. Encourage them to open up to you about what’s going on in their life and how they’re feeling. Also, it is important to be open and understanding if they do come to you. In fact, you should not be judgmental about anything they say, no matter how difficult it is to hear.

Be aware of changes in their behavior

You know your teen better than anyone, so you’re likely to be the first one to notice changes in their behavior. These can include big changes, like becoming withdrawn or aggressive, or more subtle ones, like a change in their sleeping patterns. It is moreover necessary to keep in mind that these changes can also be a normal part of adolescence.

Talk to your teen’s doctor

If you have concerns about your teen’s mental health, the best thing to do is to talk to their doctor. They can offer you professional advice and help you to decide what, if any, action needs to be taken. In fact, they may also refer you to a specialist for further assessment.

As a parent, it can be difficult to watch your child go through something as tough as bipolar disorder. However, these tips can help you to identify and manage the condition. Just remember, you’re not alone in this – there is support out there.

To conclude, bipolar in teens is a very real and serious mental illness. It is important to be aware of the signs and symptoms so that you can get your child the help they need. Be aware of the condition as it can be hereditary. If you think your teen may be bipolar, don’t hesitate to reach out to a mental health professional for help.

Moreover, you can get in touch with Mantra Care. It is a platform that provides mental health services with the help of technology. The team of experts at Mantra Care will help you in every way possible. You can book an appointment with them and get the best treatment for your child. With their help, you can surely overcome this phase and come out stronger.