Somatizations are physical symptoms that stem from mental or emotional distress. The term describes the conversion of psychological stress into bodily discomfort, which can take the form of physical illness and pain. 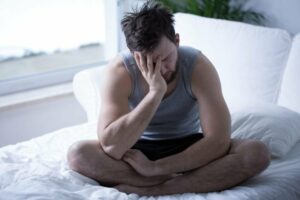 Somatizations are one of the most misunderstood mental health conditions. People with somatizations often complain about medical problems, but all their tests come back normal or without a cause for concern. They may take an inordinate amount of time off work. This is because they are experiencing pain and discomfort that does not seem to be because of an injury, illness, or other physical problem.

Somatizations are mental health issues that manifest themselves in physical ways. Somatizations are more complex than the term suggests, however—they often have psychological components related to low self-esteem or depression, which can vary from person to person.

These are a form of stress response where anxiety is expressed through physical discomforts and pains rather than behaviors like panic attacks or phobias. Stressors may include work deadlines, relationship problems, family conflict, financial pressures, major life changes (marriage/divorce), conflicts with authority figures (bosses/police officers), moving somewhere new or away from home for the first time (“away” might be college dorms if you’re still living at home), etc., but even happy events can cause somatization in people who are predisposed to it. 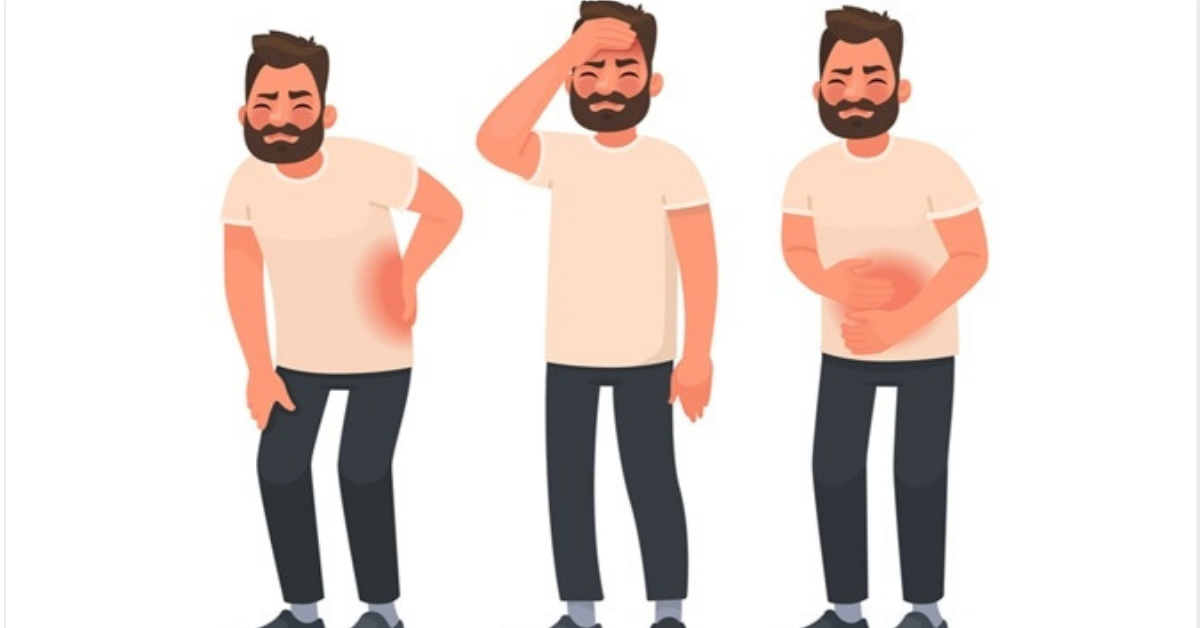 There are many signs of somatizations, including some physical signs. Some of the more common symptoms include:

These are often present for no reason, usually on one side of the head only. They are also often accompanied by nausea or vomiting.

These can be more pronounced after exercise and may come with other symptoms like fatigue, shortness of breath, sweating, chest pain (sometimes mimicking a heart attack), palpitations (irregular heartbeat), etc., which tend to get worse when under stress. Some people complain about numbness in their arms or legs that they describe as “pins and needles.”

This is not unusual when you’re stressed out, but it becomes chronic when there’s no medical cause. It can feel overwhelming at times, and people with somatizations describe it as “exhaustion from the inside out.”

It’s common for this to occur after a stressful event or when there is an injury. For those who have been under chronic stress, however, the pain may be inexplicable by medical tests and can become chronic in nature. Digestive problems like indigestion are also very common among sufferers of somatization disorder.

This can be one of the most telling signs that someone is experiencing somatizations. People who have low-self esteem are more likely to believe that their physical symptoms are a sign of something wrong with them, and they may be less likely to seek help for them.

People who are experiencing somatizations may be hypervigilant, which means that their senses are heightened to a point where it becomes difficult for them to relax and focus on anything else. This is common among people who have panic disorders as well. Other signs of this include being unable to let go of thoughts about illness, obsessing over physical symptoms, and constantly feeling like something terrible is going to happen even when there’s no reason for it. 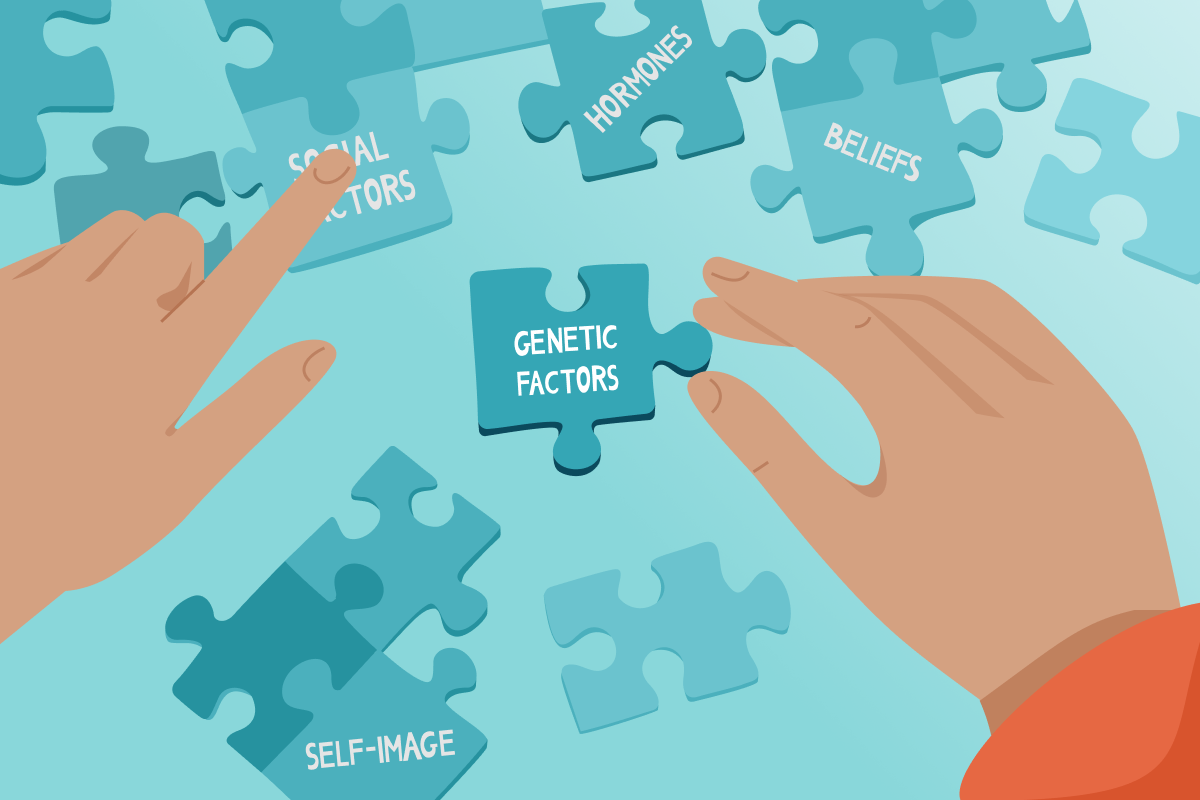 People with somatization disorder can have the condition by their genetics. It’s also more common in people who have experienced childhood sexual or physical abuse (neither of which is “caused” by stress).

Some of the causes of Somatizations:

This is a major cause of somatization, and it can be very difficult to manage. While we all experience stress in our lives, the threshold for how much we handle varies from person to person. People with this condition often have difficulty coping with even minor amounts of stress because they’re predisposed to the disorder: “stress triggers” that wouldn’t bother most people—such as work deadlines or relationship problems—create unshakeable anxiety in those who are predisposed toward Somatizations.

Genetics can be a major cause of somatization disorder. If you have a family member who suffers from it, then you’re more likely to develop the condition yourself.

People with somatization disorder often have a history of trauma, such as sexual or physical abuse during childhood. This can leave them feeling helpless and out of control, which may lead to chronic stress and anxiety.

People with Somatization disorder may not have depression or anxiety on its own; the symptoms of those conditions (which can include fatigue and aches and pains) are part of somatization. Additionally, people who already experience significant amounts of stress because they’re depressed or anxious are likely to develop this condition as well.

Hypochondriasis is a condition in which a person becomes obsessed with the idea that they have a serious illness even though there is no evidence to support this. It is also known as hypochondria. Hypochondriasis often develops into panic disorders or depression, and it can lead to somatizations that are very real because the person truly believes they have a medical condition.

Pain disorder occurs when someone experiences chronic pain without any physical reason behind it. This could be due to other mental health conditions such as anxiety or substance abuse issues, but there needs to be evidence of these other factors in order for this diagnosis to occur. People with pain disorders usually feel better if their symptoms are taken care of by doctors even though no explanation has been found for them yet.

Diagnosis of somatization can be difficult because the symptoms are so varied and can mimic other conditions. Often, people who suffer from it have gone to see many different doctors before finally getting a diagnosis. There is no one test that can definitively say someone has somatization disorder. There are certain criteria that a doctor suggests to make that diagnosis.

Doctors usually tell their patients that there is nothing wrong with them, despite extensive medical tests.

There is no one-size-fits-all treatment for somatization disorder, as the condition can vary greatly from person to person. However, some common treatments include:

This can be very effective in helping people learn how to cope with their stress and anxiety in a healthy way. Cognitive-behavioral therapy (CBT) can help people identify negative thought patterns and learn to challenge them.

If you suffer from somatization disorder and severe depression or anxiety, your doctor may prescribe antidepressant-like fluoxetine (Prozac). This is in order to ease the symptoms of those conditions. This doesn’t treat the somatization itself; however, antidepressants are often helpful for treating co-morbidities such as these.

For some sufferers of Somatizations, joining a support group with others who have similar issues is very important. This is when trying to cope through treatment. Other proactive ways that people tend to use include: exercising regularly, getting enough sleep at night (which will improve overall well-being), and eating a healthy, balanced diet.

Somatization disorder is a condition that can be difficult to diagnose and treat. It often results from chronic stress and anxiety and can cause many physical symptoms that are hard to pin down. There is no one-size-fits-all treatment for somatization disorder, but some common treatments include therapy, medication, and self-care/lifestyle changes. If you think you may suffer from this condition, it’s important to see a doctor who can help you get on the path to recovery.