If a person wants to change their behavior, they should try positive reinforcement. People have been doing this for years! It’s a simple concept: if you do something good, then you will be rewarded. If you do something bad, then there will be consequences. This post tells you how to be good. It says to do what you are told and if someone is mean, tell them they are not nice.

What Is  Positive Reinforcement? 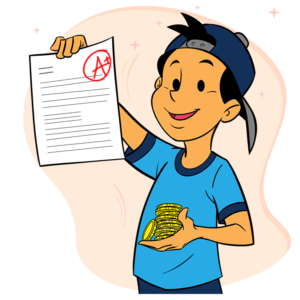 Positive reinforcement is the addition of a positive consequence after the desired behavior has been displayed. This increases the likelihood of that behavior being repeated in the future. It can be positive in nature or negative. It is more likely you will do something if there is a reward for it instead of punishment.

Negative reinforcement is the removal of an unpleasant consequence after the desired behavior has been displayed. This increases the likelihood that the undesirable behavior will continue or occur again in the future.

There are many different forms of positive reinforcement, but some of the most common include:

Positive reinforcement for adults is different than positive reinforcement for children. When working with an adult, you don’t have to be as creative of a thinker in order to get the desired result. Adults are more likely than children to respond positively when receiving praise or recognition from someone they see on a daily basis (i.e. their boss, co-workers).

They may also appreciate a tangible reward such as a bonus, extra time off, or an upgraded office.

Some examples of positive reinforcement for adults include: 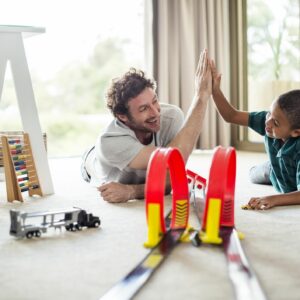 Positive reinforcement for children is a bit trickier than positive reinforcement for adults. People who work with children should be creative in their approach to teaching and learning the desired behavior or skill. When working with children, there are two ways to reward them: by giving stickers or stars on a chart and saying “good work.” Or, you can give verbal praise and say “You’re so good!”

It’s important to catch kids being good and to reinforce the positive behavior immediately. For example, if a child shares their toys with a friend, tell them how proud you are of them right away. This will help them learn that behaving in the desired way will make people happy. 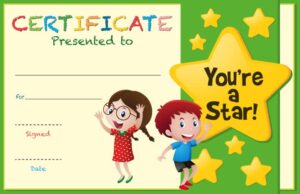 When working with children in a classroom setting, teachers can reward them by giving out stickers or stars on charts. The teacher must be sure to say “good work” or give words of encouragement while placing the sticker or star on the chart.

Some examples of positive reinforcement for children include:

Rewarding children with things like extra time on the computer, small toys, and other tangible items. These should be used sparingly because they can lose their value over time if given too often. Offering them once in a while is okay but relying on them as the primary means of positive reinforcement can be detrimental. 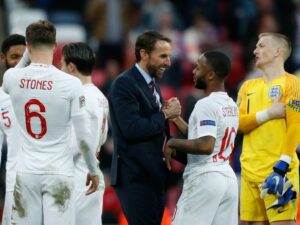 Coaches and trainers in sports use positive reinforcement to encourage athletes. They want them to work hard and achieve their goals. Athletes may receive things like verbal praise, a pat on the back, or an upgrade in seating from the coach. From the trainer, they might receive things like a rub on the back or neck, an adjustment to their equipment, water bottle refills, and words of encouragement.

Some examples of positive reinforcement for athletes include: 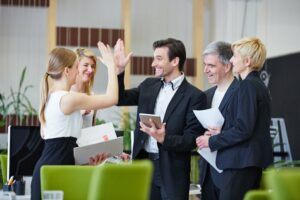 If you work hard, people may give you a bonus. They might let you have extra time off or an upgrade to the office. Sometimes just verbal recognition is enough to show employees that they are valued and appreciated.

Some examples of positive reinforcement in the workplace include: 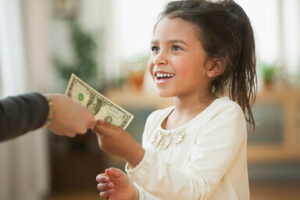 There are many benefits to using positive reinforcement in the classroom, sports, workplace, and at home. Some of these benefits include:

Positive reinforcement isn’t always easy but when used correctly, it can help you get the results you want quickly and efficiently. Whether you’re working with children, adults, athletes, or employees in a particular field; positive reinforcement can be used to encourage people and reinforce learning. 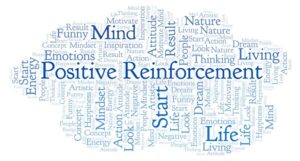 There is a potential for negative reinforcement when positive reinforcement is used incorrectly. This happens when people only do things if they want to get a prize or other reward. Some people might do something just because they are being paid. They might not want to do it, but they get paid so they will. If you only give your child money for doing their chores, they may start to do them just so they can get the money. This isn’t a good long-term solution.

We want people to do good things. So we should praise the effort they put in instead of just being happy with the results. This way you will know that people are happy with what they do. They do this because they want to, not just for a reward.

When you give positive feedback, people will do more of it. This can be used to help people learn new things quickly. It can have many benefits for you and the people around you. However, it’s important to remember that misuse of this tool can lead to negative consequences. So be sure to use positive reinforcement in a way that benefits everyone involved.

Positive reinforcement is the idea that rewarding someone for doing something they are supposed to do, will make them want to continue doing it because they know that if they keep up their good behavior then there will be a reward. The reward can come in many forms such as praise or money which you would give out when the person has done what he/she was asked to do. The positivity of this type of reinforcement makes sure people don’t become discouraged by any negative feedback and keeps motivation high at all times.