The question of whether transgender is a mental illness has been around for years. It’s not an easy question to answer, but it’s important that we talk about it. Transgender people are three times more likely than the general population to be living with mental illness (1). To explore this topic further, let’s take a look at what transgender means. We will also discuss why some consider it to be a mental illness. 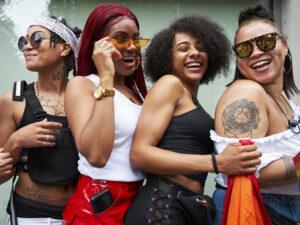 There are many different ways to express one’s transgender identity. Some transgender people simply dress and act in a way that feels more authentic to them, while others may choose to undergo surgery or hormone therapy to change their physical appearance.

This term is also often used to include other groups of people whose gender identity or expression does not match the sex they were assigned at birth, including transsexuals (people who wish to undergo surgery), intersex individuals (born with both “male” and “female” reproductive organs) and others.

There is no one answer to this question. Some people within the transgender community do consider being transgender to be a mental illness, while others do not.

One thing that is clear is that being transgender can sometimes lead to emotional distress. This may be because of discrimination or prejudice that transgender individuals experience in their everyday lives, or because they feel like they don’t fit in with society’s expectations for how men and women should look and behave.

It is important to remember that just as being transgender is not a mental illness, neither is it a choice. People do not choose to be transgender; they simply are that way.

Being transgender is a complex issue, and there is still a lot that we do not know about it. However, experts in the field of mental health agree that being transgender alone does not constitute a psychiatric disorder and that people who are transgender can live happy and fulfilling lives just like anyone else.

There is a term called gender dysphoria which is used to describe the distress that some transgender people experience due to the mismatch between their gender identity and their sex assigned at birth.

However, not all transgender people experience gender dysphoria and many do choose to receive treatment for it. For example, hormone therapy or surgery may help reduce symptoms of gender dysphoria.

It is important to remember that just because something is classified as a mental illness does not mean that it is automatically bad or wrong. Many mental illnesses are simply disorders of the brain that need to be treated in order with medication and/or therapy. 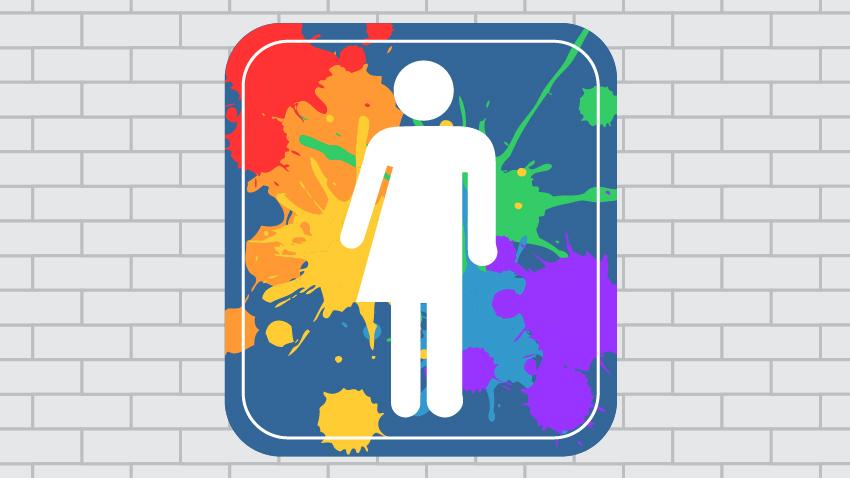 There are many signs that depict people might consider being transgender a mental illness:

Discomfort With Their Sex Assigned At Birth.

There are many reasons why people may feel discomfort with their sex assigned at birth, including the fact that it does not match who they are inside.

This is a very common experience for transgender individuals and refers to the desire to be seen as another gender because of how you actually feel on the inside (not just on social or cultural levels). This idea can also lead some people to think that being transgender is a mental illness – but feeling trapped by your own body doesn’t necessarily mean there’s something wrong with you psychologically. It could simply refer to physical traits such as genitals and/or reproductive organs that do not align with one’s sense of self-image. This is one reason why some transgender people choose to undergo surgery or hormone therapy.

Some research suggests that transgender individuals may be at a higher risk of developing certain mental health issues such as anxiety, depression, and eating disorders than cisgender (people whose assigned sex matches their gender identity) men and women; however, it is important to note that not all studies come up with the same results. Some have found no increased risk of psychological problems among transgendered populations while others find an elevated level of psychiatric morbidity but no difference in prevalence compared to general population samples. There may be many other signs and symptoms like mood changes etc. Sometimes people may be different before they discover what they really are. 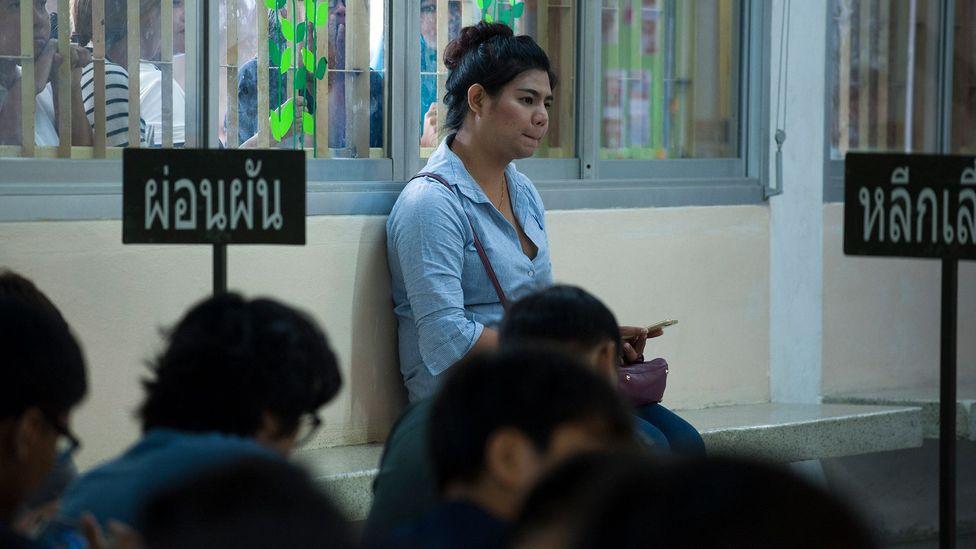 There are many reasons why people might consider being transgender a mental illness. Some of these are:

There is also a lot of discrimination against transgender people in society today. This can make it difficult for them to find jobs and/or housing (depending on where they live). It can also cause some mental health issues such as anxiety or depression. Not having access to proper resources due to economic factors could potentially contribute to this issue; however, more research needs to be done on this topic before we will know exactly how much of an impact financial hardship has on someone’s mental well-being.

The idea that being transgender might mean you have a psychological disorder means there are a lot of stigmas for transgender identity. This can lead to discrimination and social isolation. It also might keep some people from seeking help or treatment if they are experiencing psychological distress.

Lack of understanding can also play a role in people’s thoughts on transgender mental illness. For example, some research studies have found that clinicians are more likely to consider transgendered individuals as having psychiatric problems than cisgender men and women with similar symptoms or conditions. This is thought to be due to their lack of understanding about what it means to identify as transgender (as well as the fact that there isn’t enough education out there yet).

Some researchers suggest that other mental health issues might be at play for many who also experience gender dysphoria; however, this varies from person to person. Other factors such as trauma may come into play when looking at someone’s psychological state before they begin identifying as another gender. It has been suggested that around 50% of transgender people have experienced some form of trauma in their lives.

How To Deal When People Consider Transgender Mental Illness? 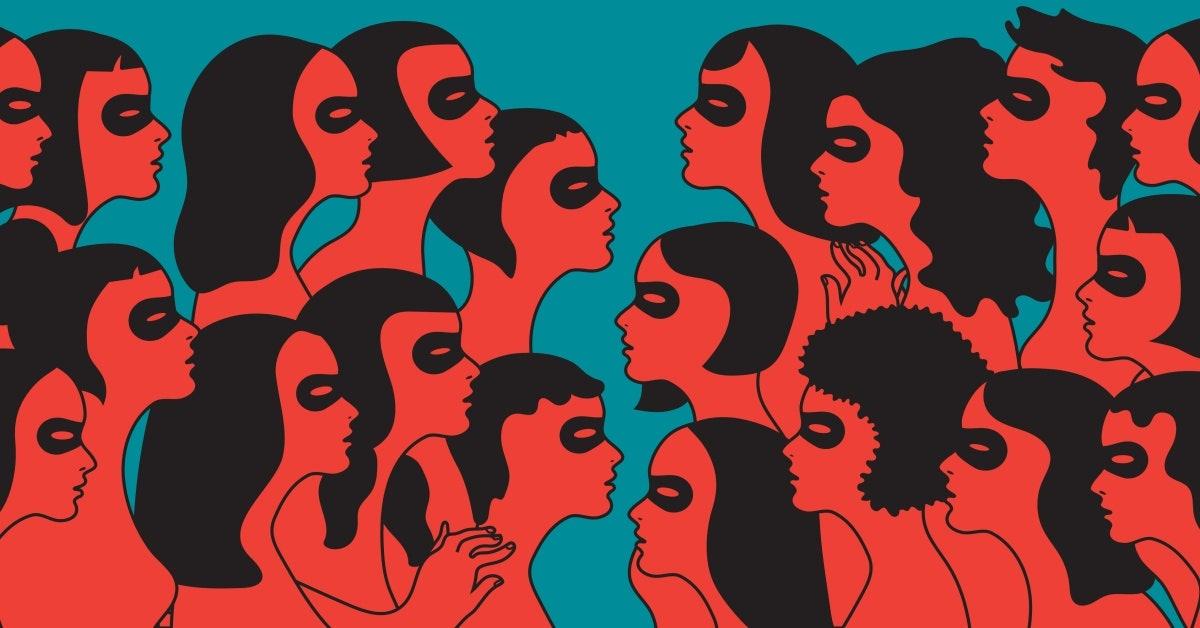 There are a lot of ways to deal with people who continue to think that being transgender is a mental illness. Some of these ways are;

Talk About It Openly

You can talk about it openly with the person and explain why you feel they are wrong in their assumption. This might help them to understand your point of view a bit better. This way can also be helpful if you want to educate them on the topic.

You can also try educating the person about transgender issues. This might help them to understand why you identify as transgender and what it means to you. There are a lot of great resources out there that can help with this, such as books, articles, and websites.

Another way to deal with someone who considers being transgender a mental illness is to acknowledge their concerns. You can do this by saying something like, “I understand that you might be concerned about this because you don’t know much about it. I’m happy to talk with you more about it if you’d like.” This shows that you are willing to have a conversation with the person about it, but you are also not going to make them feel like they can’t express their concerns or that what they said was wrong.

Express What You Are Feeling

Finally, another way to deal with someone who thinks being transgender is a mental illness is by expressing your feelings and why you disagree with them. You can do this best in writing (and then giving it to the other person) so that you don’t get too emotional while trying to talk about this issue; however, there’s no guarantee this will not happen anyway if you’re really upset! Just remember: stay calm and collected when speaking on this topic and try not to raise your voice because anger will only make things worse. The more calmly and rationally you can get your point across, the better.

There are many reasons why people continue to think that being transgender is a mental illness; however, research shows that it really isn’t at all! Being transgendered does not mean you have psychological issues or need therapy – in fact, most of the time this couldn’t be further from the truth. So next time someone says something like this about being transgender ask them if they’d say similar things about cisgender men and women who want to explore their gender identities too. Remember: there’s nothing wrong with exploring different aspects of one’s identity so long as it doesn’t interfere with your life or cause distress for you! If you experience distress because of how others treat you when they find out you’re transgender, then it might be a good idea to seek out professional help from a therapist who is knowledgeable about gender and sexuality issues.

You can also contact us as we offer these services too. You can contact MantraCare for more information related to it. Visit our site for more blogs.