We all know that there are many different types of parents in the world. But some can be more toxic than others. This article is going to talk about three common toxic parent traits that you should avoid. This is when picking a parent for your child. These include being nice, naive, or weak. We will also discuss how these characteristics might affect your children. This blog also tells what you can do to protect them from this type of parenting.

What Is Toxic Parent? 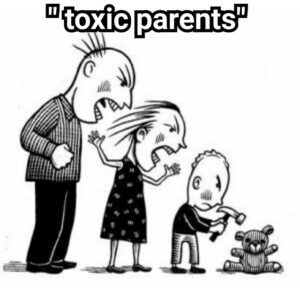 Toxic parent traits are tendencies in parents that may have a negative effect on their children. This toxic parenting is not something, though, that every parent does from time to time. It is rather an ongoing pattern of behavior and patterns or habits. These can be learned by watching or being around someone who has them.

Toxic parents are often toxic because at some point they have been victims of a situation. These have left them feeling helpless, without power, or unable to get their needs met. In order words, it is not just the children who suffer from being in a family with someone whose behavior is toxic but the parents themselves may also be suffering from unresolved anger and resentment. This also gets displaced onto others.

What Are Different Toxic Parent Traits?

There are many traits for a toxic parent which often have an effect on the child. The following are just some of them: 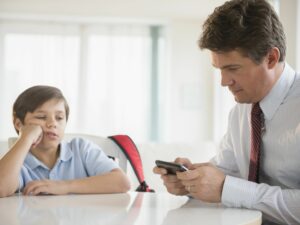 Toxic parents may find it difficult to set boundaries with their children. This is because of a sense of guilt or obligation towards them that they have either consciously or unconsciously adopted from being exposed at an early age to the beliefs and values about parenting that are prevalent in our society, e.g., ‘children come first’ more important than adult needs; You should not be selfish even if your own health is suffering for example. Toxic parents often do things for their children which would not normally be necessary. But this is rather expected by someone else who does not have this kind of mindset. It is where children’s emotional well-being comes before adults’. These toxic parents might also put up with behavior from their teenager which another parent. It is without this outlook on life would never tolerate such as lying, stealing, and disrespect.

Toxic parents tend to blame others for their own problems instead of taking responsibility for them; they do not realize that it is impossible for anyone else (including the child) to make up for what they are missing in themselves. These are such as self-esteem or a sense of empowerment. Parents who take on this kind of attitude towards life often find their children feel responsible for keeping them happy. This leaves little room to grow into independent adults capable of making decisions about how they want to live without parental interference. 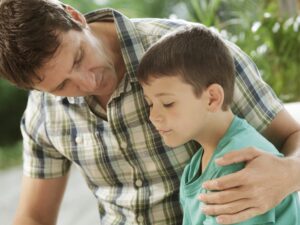 Toxic parent traits include thinking negatively about people in general. It is so that you always think badly about yourself too. When someone is with these types of thoughts going on in their head, they are always expecting the worst to happen. They also feel like a victim because of it. Toxic parents often have this type of mentality. This leaves children feeling helpless, unsupported, and anxious.

A codependent parent is someone who tries to control or take care of their child excessively so that the child becomes completely reliant on them; this ultimately robs the child of their ability to develop healthy relationships with other people as adults. Codependent parenting can also be where one parent does all the childcare while the other works which lead to role reversal instead of a more equal partnership between both parents in raising their children. 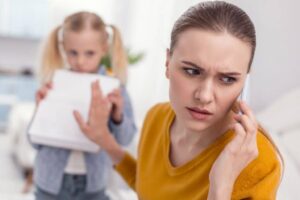 This type of toxic parent trait happens when a parent fails to provide for the child in terms of their physical or emotional well-being. One type is neglectful parenting when a parent fails to show affection towards the child, another one is when the parents are not aware that there are children who need extra care because they have special needs which can be emotionally draining for them if it goes unnoticed by parents who lack this awareness.

This toxic parent trait is where a parent continuously blames their child for everything bad that happens in the family; it could be something as small as not making straight A’s in school or getting into an argument with a sibling. The child then feels like they are constantly walking on eggshells around their parents because they never know when something they do will result in being yelled at, accused of wrongdoing, or made to feel guilty.

They might be harsh and critical towards the child’s appearance, abilities, or social skills which can cause children to become introverted and shy away from doing things that they might enjoy because of feeling too self-conscious. This type of toxic parenting also leads to children who feel like they are not good enough as an individual; it leaves them with a sense of inadequacy about themselves which is why it is important for parents such as this to learn how to compliment their child on things other than looks so that these types of comments do not affect them in ways where they lose confidence over time. 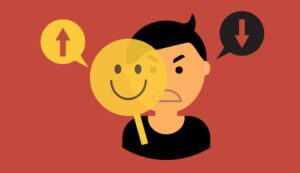 Parents who use passive-aggressive behavior towards their children end up never communicating effectively with each other. This is because everything turns into some sort of power struggle instead. The child in this situation will never know what is wrong. It is because their parent will never tell them directly and might even use tactics. These tactics are such as sarcasm, giving the silent treatment, or doing things deliberately. These are basically to annoy the other person. This can be emotionally damaging for children who feel like they are constantly walking on eggshells around a parent that they cannot please.

This toxic parent trait can manifest in a number of ways but it usually comes down to the parents wanting complete control over their child’s life. They might be overly involved in every aspect of their child’s life, be very demanding, or even try to dictate who the child should and should not associate themselves with. This leaves children feeling suffocated and like they have no sense of autonomy which can stunt their emotional growth.

How To Deal With Toxic Parents? 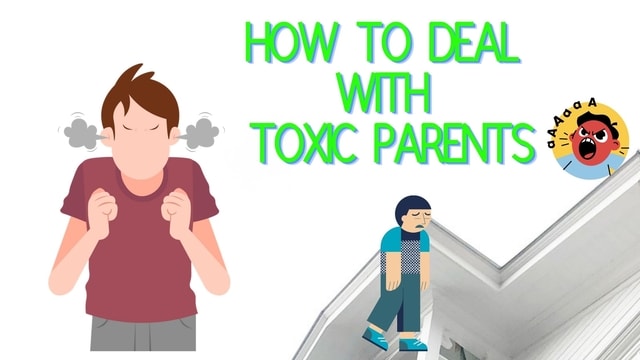 There are many ways that you can deal with toxic parents if you find yourself in a situation where they are negatively impacting your life. The most important thing is to remember that it is not your fault and that you deserve to be happy and have a healthy relationship with them.

In conclusion, there are a number of toxic parent traits that can be damaging to a child’s emotional health. It is important for parents who might fall into any of these categories to learn how to change their behavior in order to have a healthy relationship with their children. If you find yourself in a situation where your parents are negatively impacting your life, there are ways that you can deal with them and get the support that you need. Always remember that you deserve to be happy and have a fulfilling life.