Can psychopaths love? Is it possible for them to fall in love? It would seem that the answer to this question is no because of how they view others. Psychopaths are often very clever and they lack empathy. They can’t feel true emotions such as love. Some experts think that psychopaths can form relationships with other people. But there might also be some who are faking it. This blog post will explore whether or not psychopaths can really fall in love! 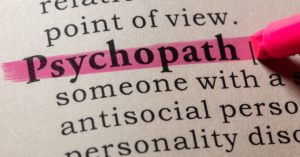 Psychopaths are people who hurt other people and don’t feel bad. They might not have any empathy or think about how their actions will affect others. They often have difficulty forming normal relationships with others and can be quite destructive. Because of their inability to feel true emotions, most experts believe that psychopaths cannot fall in love.

There are different types of psychopaths. Some might be more prone to relationships than others. The two main categories of psychopaths are those that are criminal and those who are not.

When Can Psychopaths Fall In Love?

There are some experts who believe that psychopaths can form relationships with other people. But, it’s important to note that these relationships are often fake. People who are not caring might pretend to care. That way they can get what they want from you.

It’s also possible that some psychopaths may only be able to love themselves. They might not have the ability to feel love for anyone else. If you are close to a psychopath, it might be hard to tell what type of love they have because they are very good at manipulating things to their advantage.

Can Psychopaths Fall In Love?

The answer is yes. Although it might be difficult to show these emotions, they can feel something resembling affection or even strong romantic passion. Do not believe a person who is dating you and says they are in love with you. You cannot be in love with someone if you’re a psychopath. They aren’t capable of the kind of feelings that lead people into lasting relationships and marriages. Don’t settle down with someone who will never truly care about your happiness or well-being.

Are Psychopaths Capable Of Love?

Psychopaths cannot love another person fully but there’s an exception: their children! Because many psychopaths lack empathy, they can’t love other people. Their children are seen as being just like them. That makes it possible for their parents to have strong emotions about their children. However, these feelings don’t extend beyond the family members that psychopaths see as part of themselves.

This doesn’t mean that psychopaths never fall in love but it’s rare if it happens at all! 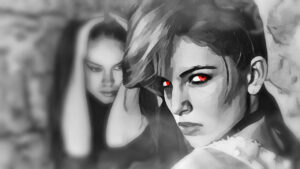 Psychopaths often end up falling in love with other people who have similar characteristics as them. They can also make an effort to be charming enough that someone will fall in love with them too! But even if another person falls madly in love with you, there’s no guarantee of reciprocation on your part. The only time you’ll know true happiness is when another psychopath loves you back just as much as you care about him/her.

Conditions For A Psychopath To Love

Psychopaths have been found to be capable of feeling love, but their abilities can vary from person to person. In some cases, a psychopath’s feelings may grow over time and develop into something that allows them the capacity for empathy towards others. Most people who are not considered psychopaths do fall in love with an equal number of men and women throughout their lives-the same is true for those with this personality disorder as well. The authors of this study suggest more research needs to be done on how psychopathy affects romantic relationships before we’ll know what it means when someone says they’re “in love.”