If you’re feeling flat and uninterested in life, there might be a reason behind it. Dopamine is the “reward” neurotransmitter that helps to regulate your mood and behavior. If dopamine levels are too high or too low, it can affect our mental health. Read below for more information on what symptoms may indicate dopamine dysfunction and what you can do about them. 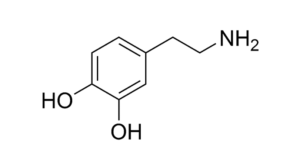 Dopamine is a neurotransmitter that affects the brain’s pleasure and reward center. It is also important in movement control, memory function, learning ability, sleep cycle regulation, mood-related behaviors such as motivation or addiction. Dopamine deficiencies have been associated with Parkinson’s disease and schizophrenia among other disorders. This disease can cause problems with movement, memory, and behavior. There are several dopamine symptoms that people should look out for in order to treat their condition as soon as possible.

Dopamine deficiency can result from genetic predisposition or other factors like drug use (including alcohol), vitamin deficiencies, normal aging-related changes, tumors, cardiovascular diseases such as atherosclerosis of the brain vessels, or Parkinson’s disease itself which is a neurodegenerative disorder resulting from specific neuronal loss caused by protein aggregation.

What Is Dopamine Deficiency? 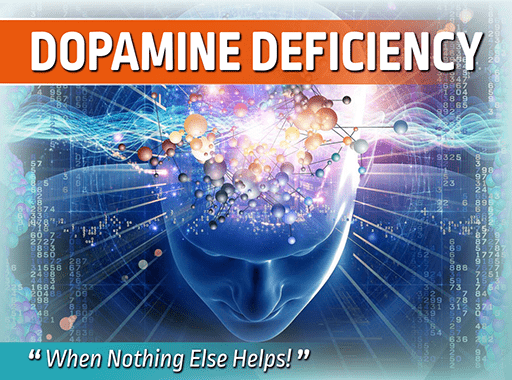 This is one of the most common dopamine deficiency symptoms. This can affect a person’s ability to walk, move normally and they may also fall over easily or lose their balance often. This can be a sign of Parkinson’s disease.

If someone is unable to move as much as they used to, it could be due to low dopamine levels. This can cause stiffness and make movement difficult or slow.

This is another symptom that people with low dopamine suffer from as it affects the body’s digestive system resulting in difficulty swallowing food, nausea, vomiting, or diarrhea after eating certain foods like dairy products (because of lactose intolerance).

People with low dopamine can have a dry mouth which is usually accompanied by other symptoms like being thirsty all the time, constipation, and fatigue.

Dopamine deficiency has also been associated with memory loss or difficulties concentrating on tasks. This is because of reduced brain activity in areas related to attention span and working memory.

If someone starts eating more frequently than usual, they might be suffering from low levels of dopamine as this symptom affects people who are diagnosed with Parkinson’s disease where food intake increases due to slow movement during mealtimes rather than an actual increase in appetite. There may also be weight gain without regular exercising causing difficulty walking even short distances.

People with low dopamine levels may also move very slowly or have a difficult time getting up from a sitting position. This also means that they might take longer to do everyday tasks.

Low dopamine levels have been associated with depression and a lack of motivation. People with this symptom may not enjoy activities that they used to find pleasurable or feel less interested in things around them. This can be very distressing and affect the person’s quality of life significantly.

Poor posture can also be a sign of dopamine deficiency. It is usually a result of muscle tone. This might manifest itself as slouching, bending over too much when walking, or difficulty standing up straight.

People with low dopamine levels may also have trouble sleeping due to restless legs syndrome (RLS), insomnia, or nightmares. They may also feel fatigued during the day even after getting a good amount of sleep.

This can also be a sign of dopamine deficiency. People with low levels may not feel interested in being around other people and may start to isolate themselves from friends and family. This can be a sign that the person is feeling down and lacks motivation.

How To Deal With Symptoms of Dopamine Deficiency? 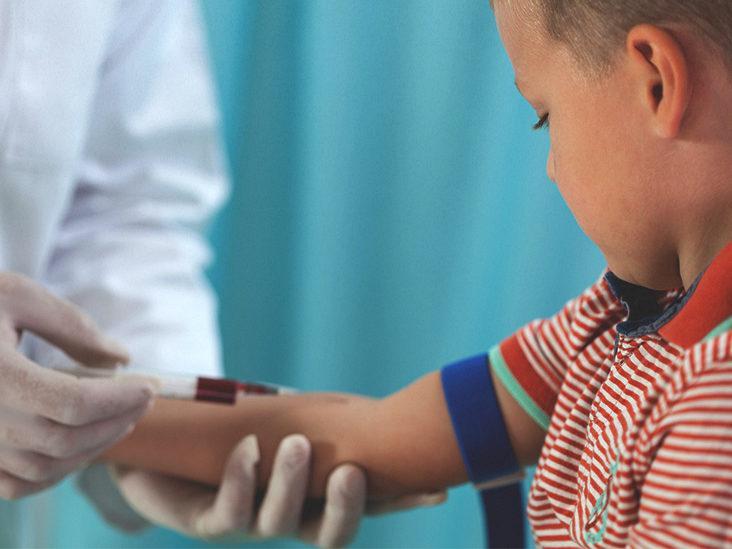 There are a number of things that people can do to help manage the symptoms of dopamine deficiency. Some of these are:

This means eating lots of fruits and vegetables while avoiding foods rich in sugar or sodium like processed snacks, canned food items, fast/fried food which can increase symptoms such as nausea and vomiting if eaten too often. Some people may also benefit from cutting down on caffeine intake to prevent sleep problems.

Fitness regimes that require movement are ideal for dopamine deficiency sufferers although it is important not to overdo it when exercising because this might cause more fatigue afterward instead of alleviating the problem. It’s best to start slowly with walking then build up gradually by doing simple exercise routines at home before moving on to tougher workouts once your stamina improves. Exercising outdoors will expose you to sunlight that always helps with depression.

This means getting at least eight hours of sleep every night and taking breaks during the day to rest if needed. Avoid working long hours or sleeping less than usual as it will only worsen symptoms like fatigue, poor concentration, and insomnia.

If you are experiencing any of the above symptoms for an extended period of time, it’s best to consult a doctor who can run tests to determine whether low dopamine levels are the root cause. There are treatments available that can help manage the condition and improve the quality of life.

This is a good way to decrease stress levels and improve sleep. It also helps with concentration, motivation, focus, mood, anxiety among other benefits.

There are supplements available that contain high dopamine contents which can be taken orally or injected into the body depending on the doctor’s recommendation. These have been known to help people cope with symptoms of low dopamine in an effective manner so it’s best to discuss your options with them if you want to try this method.

How To Treat Symptoms of Dopamine? 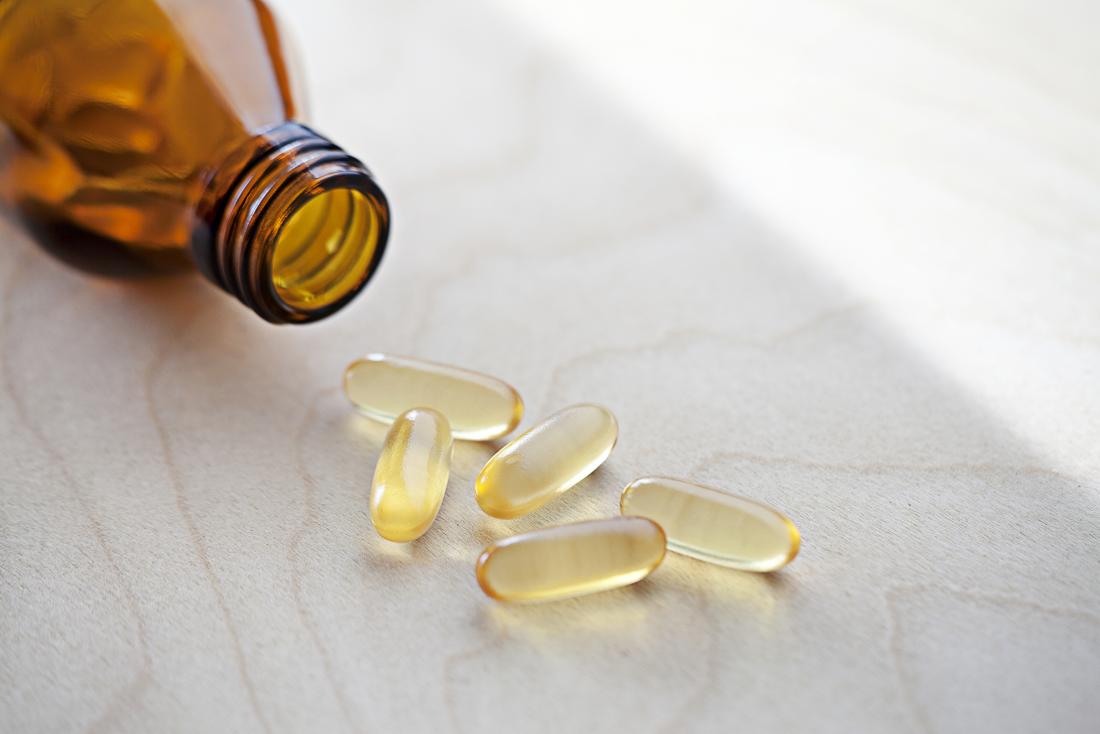 There are many ways to treat dopamine deficiency symptoms. Some of these are:

Doctors may prescribe medications like antipsychotics, antidepressants, and mood stabilizers to help manage dopamine-related problems. You can use this method when the cause of the deficiency is unknown or if it’s due to a mental health disorder.

Making lifestyle changes like reducing stress levels, getting regular exercise, and maintaining a healthy diet can also help improve dopamine-related symptoms. Doctors may recommend counseling for people with underlying psychological issues that might be contributing to low dopamine levels.

This involves administering synthetic dopamine directly into the brain through injections or a pump. This treatment is usually reserved for severe cases where other methods have failed to show significant results. It has been known to help improve mood, motivation, focus, and quality of life in patients who undergo this therapy.

When dopamine levels are low or depleted due to certain factors like medication usage or chronic stress it can lead to a number of problems including fatigue, concentration difficulties, motivation issues among many more which may affect the quality of life if left untreated. There are several ways on how to treat these symptoms depending on what’s causing them so it’s best to discuss your options with a doctor who knows about this condition before trying anything else because the improper treatment might worsen things instead of improving them.