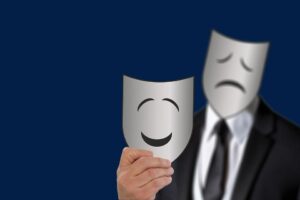 There are types of bipolar disorder, which are defined by the severity and frequency of mood swings.

Despite the differences in the types, all forms of bipolar disorder can be debilitating and make it difficult for people to live a normal, productive life. 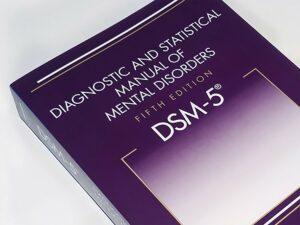 DSM-5, also known as the Diagnostic and Statistical Manual of Mental Disorders, is the handbook used by mental health professionals to diagnose mental disorders. The DSM-IV was released in 1994 and was the most recent revision of the DSM until the DSM-5 was released in 2013.

The DSM-5 is the most recent revision of the DSM and it includes a number of changes to the way mental disorders are diagnosed. One of the most significant changes is the inclusion of dimensional measures in addition to the traditional categorical measures. The inclusion of dimensional measures will allow for a more nuanced understanding of mental disorders, as well as provide a framework for research. These represent a change from the person’s normal functioning and they should be severe enough to cause impairment in work, school, or social life.

Bipolar II is characterized by depressive episodes that alternate with periods of hypomania (a less severe form of mania). In order to get a diagnosis for bipolar II, the person must have had at least one major depressive episode that lasted for two weeks or more. In addition, the person must have experienced at least one hypomanic episode (a less severe form of mania). The symptoms of a hypomanic episode include:

Additionally, the symptoms should not be severe enough to cause a break from reality (psychosis).

Cyclothymia is a milder form of bipolar disorder that is characterized by shorter and less severe mood swings. The symptoms of cyclothymia are similar to the symptoms of bipolar disorder, but they are not as severe. In order to be diagnosed with cyclothymia, a person must have had periods of hypomania and depression for at least two years (one year in children and adolescents).

There are also other additional criterion that must be met in order for a person to be diagnosed with bipolar disorder. These include:

Impact on Diagnosis and Treatment

The changes to the DSM-5 will have a significant impact on diagnosis and treatment.

The changes to the DSM-5 are sure to cause some confusion in the short term, but they have the potential to improve our understanding of mental disorders and lead to more effective treatments.

It is also important to note that some of the signs and symptoms of bipolar disorder can be mistaken for other conditions, such as depression, anxiety disorders, schizophrenia, substance abuse, or attention deficit hyperactivity disorder (ADHD). It is important to get a proper diagnosis from a mental health professional in order to ensure that you are receiving the most effective treatment.

Who Can Diagnose Bipolar Disorder From DSM-5? There is a variety of mental health professionals who can diagnose bipolar disorder using the DSM-5. These include:

The above professionals can use the DSM-V to diagnose bipolar disorder, however, only a psychiatrist can prescribe medication. If you think you or someone you know may have bipolar disorder, it is important to seek professional help. Early intervention and treatment can often prevent the development of more severe symptoms and improve long-term outcomes.

If you have an official diagnosis for bipolar disorder from a mental health professional, there are a number of treatment options available.

The most common treatments for bipolar disorder include:

In some cases, individuals with bipolar disorder may require hospitalization for treatment. This is typically only necessary if an individual is exhibiting severe symptoms that are a danger to themselves or others. Electroconvulsive therapy (ECT) is a method used in hospitals that involves passing electrical currents through the brain to induce seizures. ECT is typically used as a last resort when other treatments have failed.

There are also a number of lifestyle changes that can help manage the symptoms of bipolar disorder. These include:

Bipolar disorder is a serious mental illness that requires treatment. If you think you or someone you know may have bipolar disorder, it is important to seek professional help. With proper diagnosis and treatment, individuals with bipolar disorder can lead happy and successful lives.

Hope that this article was helpful in providing some information about the new DSM-V diagnostic criteria for bipolar disorder. If you have any questions, please feel free to contact Mantra Care. We have a team of mental health professionals who can provide you with support and resources. You may visit our website to book an online therapy or download our free Android or iOS app for more information!