It is not uncommon for a narcissistic mother to have one or more children. They will typically be raised by the narcissist in an abusive manner, with very little attention given to their needs. The daughter of a narcissistic mother will often grow up without the skills needed for healthy relationships because they are neglected and abused by their mothers.

This blog post discusses how therapy can help daughters of narcissistic mothers recover from abuse that has been perpetrated upon them since childhood as well as other long-term effects such as mental, emotional, and psychological challenges faced by those who grew up living with a narcissistic parent. 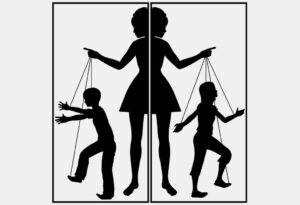 A narcissistic mother is someone who exhibits the same personality traits as a narcissist. They may not exhibit all of them, but they will likely show some signs that indicate their behavior towards others could be problematic.

In the first place, narcissists are typically very self-centered and have an overwhelming need for attention, praise, and validation from other people to feel good about themselves. They are often very competitive with others and will do anything to win at any cost, including lying or manipulating another person’s emotions.

A narcissistic mother behaves similarly towards her children because she is unable to see them as separate human beings with their thoughts, feelings, needs, dreams, goals, etc. She cannot see her children in the same light that she sees herself. It is because she does not view them as an extension of herself, for bad. Instead, they are simply objecting to being used for her gain or amusement.

What Are The Traits Of A Narcissistic Mother? 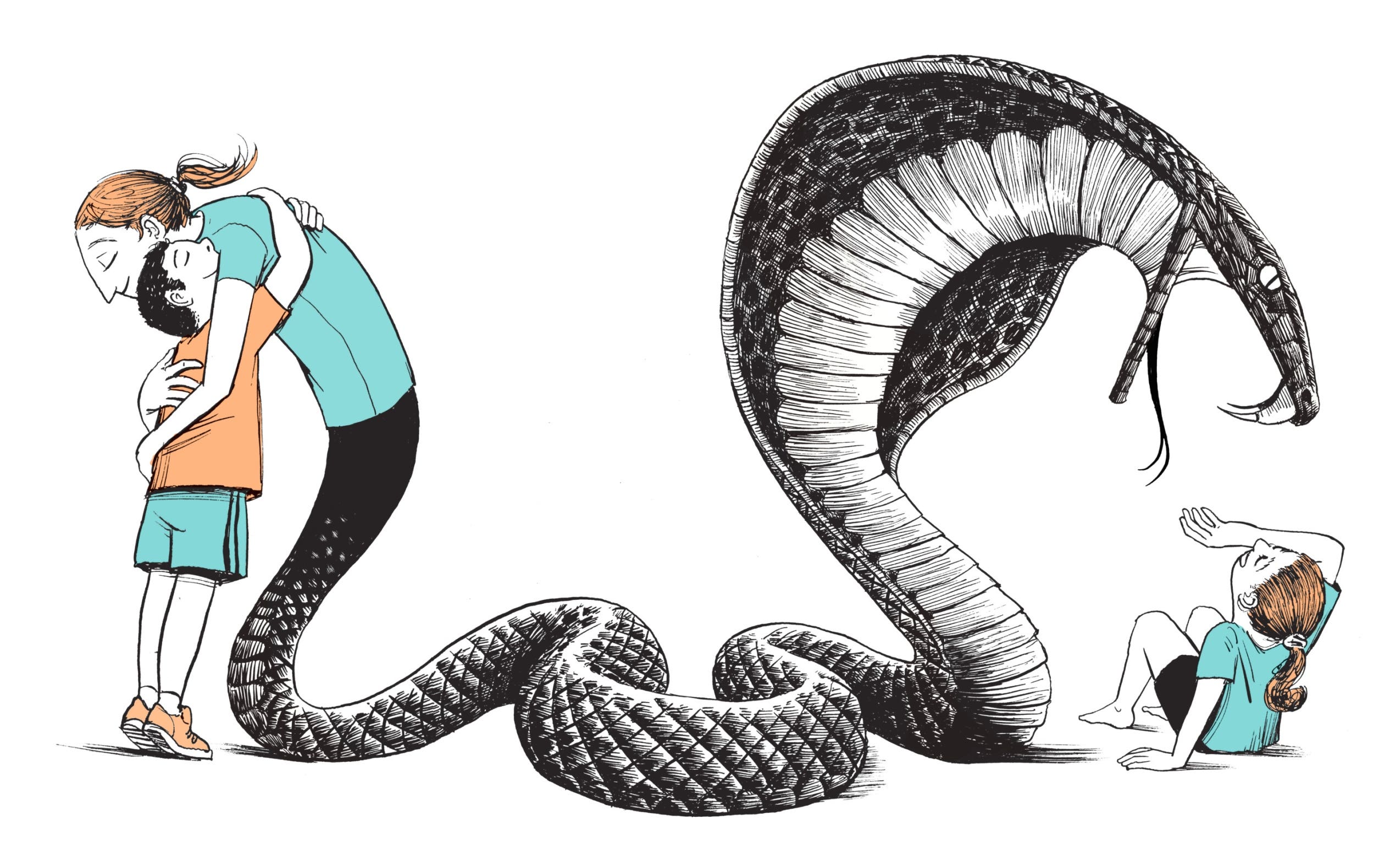 A narcissistic mother may exhibit certain traits that make it easier to spot what her personality and behavior are like. It can be helpful for someone who grew up with a narcissistic parent to understand the signs of narcissism. Because then, they will know how their mothers treated them was not normal or healthy.

The following are some common traits found in women (and men) who have a narcissistic personality disorder.

Narcissistic mothers tend to be very self-centered and only care about themselves in most situations. They may talk a lot because they want all of the attention on them, even if it means that their children are left out or ignored altogether. The mother might not give her daughter enough attention but will often get overly involved in her life, perhaps interfering with the other relationships she has.

Unable To See People As Humans

Narcissists cannot see people as fully formed human beings with their thoughts, feelings, and needs. They also do not care about those thoughts or feelings because they are unable to place themselves in someone else’s shoes.

Narcissistic mothers often have a hard time seeing their daughter as an actual person who has her thoughts, feelings, and needs. Instead of respecting their daughter’s privacy or boundaries when it comes to personal conversations.

They will typically share everything she tells them with others without thinking twice about what this could do to the relationship between the two.

Lacks Empathy For Others

Narcissistic mothers are unable to see people as real human beings with their thoughts, feelings, and needs. Because of this, they typically lack empathy for others or show very little when it is appropriate to do so.

They may think that sharing personal information about someone else’s private life without their consent is acceptable because they believe everyone should be treated the same way: like objects in a world where only they matter.

A narcissistic mother is highly competitive and will often do whatever it takes to win, even if that means stepping on someone else’s feelings or manipulating them emotionally. They may also be very aggressive and resort to threats or verbal abuse when they don’t get what they want. This could make for a hostile environment in the home.

Narcissistic mothers often have a grandiose view of themselves and may believe they are superior to others in some way. They might think they know more than anyone else or that their opinion is the only one that matters. This can make for an exhausting environment if you’re constantly being told how great your mother is and how you could never measure up.

Tends To Be Irritable And Moody

Narcissistic mothers can be very irritable, moody, and unpredictable. One minute they might be loving and the next they could be raging for no reason at all. This can make it hard to know what to expect from them and can cause a great deal of stress for the daughter.

Takes Advantage Of Others For Personal Gain

Narcissistic mothers tend to take advantage and exploit others to get what they want, even when it isn’t fair or reasonable. They may manipulate people into doing things that benefit them rather than treating them with respect and kindness. This could include taking advantage of the daughter emotionally, financially, or sexually.

Is Envious Of Others

A narcissistic mother is often envious of others and may feel like she is always being left out or not good enough. This can lead to a lot of resentment and even hatred towards other people, especially if they have something that the mother wants for herself.

Is Hypersensitive To Criticism

Narcissistic mothers are hypersensitive to criticism and will often take any type of critique very personally, even if it is constructive and meant to help them improve. They may also react aggressively or become defensive when they face even slight criticism. This can make for a tense environment in the home where no one is willing, to be honest about how they feel.

Talks About Others Behind Their Back

Narcissistic mothers will often talk about their daughter (and others) behind their back and say negative things that are not true or based on hearsay. This can make for an incredibly tense environment in the home where she is constantly making false accusations against her loved ones and creating drama for no reason.

Narcissistic mothers may exhibit a lack of empathy towards others and have no problem lying or manipulating them for their gain or amusement. They might brag about themselves too much to where it becomes obvious that they are insecure deep down inside and need constant validation from others.

Narcissistic mothers are often very manipulative. They may use guilt or anger to get their children to do what they want them to do. For example, if the mother wants something done but her daughter is busy with other things. She might manipulate her into doing it by yelling at her or getting angry about it when that was not what she wanted to do.

How Does A Narcissistic Mother Treat Her Daughter? 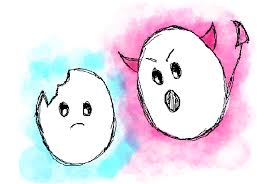 The daughter of a narcissistic mother often finds herself feeling inadequate, unworthy, and unloved. She may struggle with low self-esteem and feel like she can never do anything right in her mother’s eyes. The daughter may also feel like she is constantly walking on eggshells around her mother, trying not to upset her or make her angry.

The Challenges Faced By A Daughter Of A Narcissistic Mother 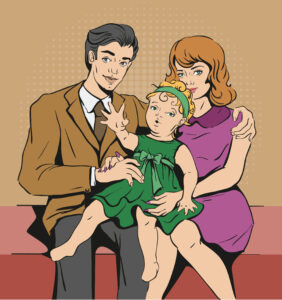 A daughter of a narcissistic mother often faces many challenges that can have long-term effects on her mental, emotional, and psychological health. These challenges can include:

Long Term Effects Of A Narcissistic Mother On Her Daughter

The long-term effects of a narcissistic mother on her daughter can be devastating. The daughter may struggle with mental health issues such as depression and anxiety, have trouble forming healthy relationships, and struggle with low self-esteem. The daughter may also find it difficult to establish boundaries with others and constantly seek the approval of others.

The emotional effects of a narcissistic mother on her daughter can be incredibly damaging. The daughter may feel constantly rejected, unsupported, and unimportant. She may feel like she can never do anything right in her mother’s eyes and constantly strive for her approval. This can lead to low self-esteem and poor body image.

The psychological effects of a narcissistic mother on her daughter can be long-lasting. The daughter may struggle with trust issues, abandonment issues, and self-esteem issues. She may also find it difficult to form healthy relationships due to the emotional manipulation she experienced from her mother.

The mental effects of a narcissistic mother on her daughter can be severe. The daughter may struggle with chronic depression, anxiety, and other mental health issues. These conditions may be a direct result of the emotional and psychological abuse she endured from her mother.

Why Do Narcissistic Mothers Treat Their Daughters This Way?

It may be difficult for someone who is trying to understand why narcissistic mothers are the way that they are. Especially if it’s their mother who has this personality disorder. Many people grow up being unable or unwilling to see what a narcissist is.

They are often abusive to their children, but it may be because they were abused themselves by another family member or other people in their pasts. It can also be due to the child not being able to meet the emotional needs of the mother at a certain age and she becomes resentful towards them for this reason.

How Therapy Can Help Daughters Of Narcissistic Mothers

Therapy can be an incredibly helpful tool for daughters of narcissistic mothers. In therapy, the daughter can explore her feelings and emotions in a safe and supportive environment.

She can also learn how to set boundaries with her mother and establish healthier relationships with others.

If you are the daughter of a narcissistic mother, it is important to seek help. The challenges that you face can be very difficult to overcome on your own.

NOTE: Talk to a therapist today and start working towards healing the wounds inflicted by your mother.

Talking To A Professional About Your Problems

Narcissistic mothers are often very difficult to deal with. If you’re the daughter of a narcissistic mother, it can be even harder when trying to figure out how to handle your relationship with her. You must seek help so that things don’t get worse for yourself and others around you.

A therapist will provide you with a safe, judgment-free environment to explore your feelings about the relationship that you have with your mother. They will also work alongside you in helping figure out how to communicate boundaries and make healthy decisions for yourself.

A therapist is always available when needed so don’t hesitate! If you are struggling, contact one today and get help on the path to healing.

Narcissistic mothers are often very difficult to deal with. If you’re the daughter of a narcissistic mother, it can be even harder when trying to figure out how to handle your relationship with her.

It will help you explore your feelings and emotions in a safe and supportive environment. You will also learn how to set boundaries with your mother and establish healthier relationships with others.