There has been a lot of talk in the news lately about narcissism and whether or not it is genetic. Some experts believe there is a strong connection between genetics and narcissism, while others claim that the environment is more to blame. So what is the truth? Is narcissism genetic or environmental? In this article, we will discuss the latest research on this topic and try to come to a conclusion. We will also give you a few tips to manage narcissism if you or someone you know suffers from this disorder. 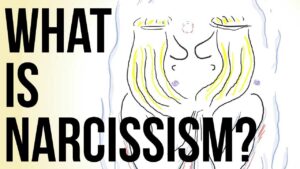 Narcissism is a personality disorder that is characterized by an excessive sense of self-importance, a need for admiration, and a lack of empathy for others. People with narcissism often have difficulty maintaining healthy relationships due to their inflated sense of self and lack of empathy.

While it is true that narcissism can be passed down from parents to children, the jury is still out on whether or not it is a purely genetic condition. However, some of the common characteristics of NPD include:

If you or someone you know exhibits these characteristics, it is important to seek professional help. Narcissistic personality disorder can be treated with therapy and medication. With treatment, people with NPD can learn to manage their symptoms and live happier healthier lives.

This is a question that has been asked for years and still to this day, there is no definitive answer because there is no one “gene for narcissism.” However, there is some research that suggests that narcissistic personality traits may be inherited.

One study found that there was a correlation between narcissism and the personality trait of extraversion. This means that if someone is more extroverted, they are also more likely to exhibit narcissistic tendencies. The study also found that people who have a parent or sibling with Narcissistic Personality Disorder (NPD) are more likely to develop the disorder themselves.

People who have genes that predispose them to be more extroverted may be more likely to become narcissists because they are more likely to seek out attention and have a need for admiration. In one study it has been found that the children of parents with NPD are more likely to develop the disorder themselves.

For example, the personality traits of parents like grandiosity and vulnerability are linked to the development of narcissistic personality disorder in their children. So it’s possible that if someone has a parent with NPD, they may be more likely to develop the disorder themselves due to genetic factors.

It is important to remember that even though there may be a connection between narcissism and genetics, this does not mean that narcissism is purely genetic. There are many other factors that can contribute to the development of narcissistic personality disorder, such as environment and upbringing. 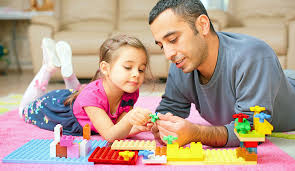 It is believed that people who are raised by parents who are very loving and doting, may develop narcissistic tendencies. This is because they are used to getting a lot of attention and admiration from their parents and they expect the same from others. Some common parenting factors include:

Researchers have found that people who were raised by parents who were overinvolved and overprotective are more likely to develop narcissistic tendencies. This is because they are used to getting a lot of attention and admiration from their parents and they expect the same from others.

It is important to remember that even though there may be a connection between narcissism and genetics, this does not mean that narcissism is purely genetic. There are many other factors that can contribute to the development of narcissistic personality disorder. So, you should be aware of the complete picture before you come to any conclusions.

What Are The Other Causes Of Narcissism?

There are many other potential causes of narcissism besides genetics. some of these include:

While genetics may be one factor that contributes to narcissism, it is certainly not the only one. Moreover, it is important to remember that not all people with narcissistic personality traits will go on to develop the full-blown disorder.

According to studies, only about one percent of the population meets the criteria for Narcissistic Personality Disorder. So, even if narcissism does have a genetic component, it is clearly not destiny. There are many other factors that play a role in its development. If you think you or someone you know may be suffering from NPD, it is important to get a proper diagnosis and treatment from a qualified mental health professional. With proper help, it is possible to manage the symptoms and live a healthy, happy life.

How To Diagnose Genetic Narcissism?

The diagnosis of narcissism can be tricky. There’s no one answer for why some people develop narcissistic personality disorder (NPD) and others don’t. It’s thought to be a combination of genetic, environmental, and social factors.

According to DSM-V, the diagnostic manual for mental disorders, someone with NPD has a grandiose sense of self-importance, a need for excessive admiration, and a lack of empathy. A narcissistic personality disorder is diagnosed more often in men than women. It’s estimated that about 0.75% of the general population has NPD. The disorder is also more common among people who work in jobs that require a lot of self-promotion and social interaction, like sales or politics.

The method of diagnosis is usually done through clinical interviews and self-reports in order to assess the severity of the symptoms. Because this is a personality disorder, so the diagnoses are often difficult and controversial. There are three different types of narcissism that have been identified: grandiose, vulnerable, and high-functioning.

A mental health professional can definitely help you understand if you or a loved one is displaying symptoms of narcissism. With an accurate diagnosis, you can begin to understand why certain behaviors are occurring and how best to deal with them. If you think you may display narcissism symptoms, please reach out for help.

How To Manage Narcissism? 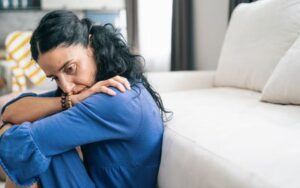 This is a difficult question to answer because it would depend on the severity of the narcissism. If someone is diagnosed with Narcissistic Personality Disorder, they would need professional help to manage their disorder. If someone has narcissistic tendencies, there are some things that can be done to try and manage those tendencies. These include:

Narcissism is often characterized by negative and self-defeating thoughts. When you find yourself thinking these thoughts, challenge them. Remind yourself of times when you have been successful or accomplished something great. This will help to reframe your thinking and give you a more positive outlook.

For instance, if you are thinking “I’m not good enough”, remind yourself of a time when you were successful. This will help to change your thinking from negative to positive. In this way, you can begin to challenge and change the way you think about yourself.

It is important to set boundaries with people in your life. This includes setting boundaries with yourself. If you find yourself being taken advantage of or always giving more than you are receiving, it is time to set some boundaries. You need to be clear about what you will and will not tolerate from yourself and from others.

Do not compare yourself to others 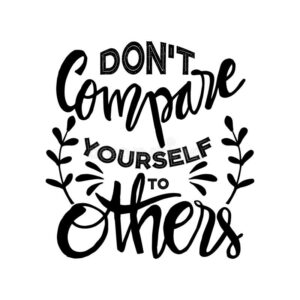 This is a common trap that many people fall into. When you compare yourself to others, it can damage your self-esteem. It is important to remember that everyone is unique and has their own strengths and weaknesses. You are not better or worse than anyone else, you are just different. Comparing yourself to others will only make you feel bad about yourself. It is important to accept yourself for who you are and to focus on your own strengths.

So, these are some tips that can help you to manage narcissism. If you find yourself struggling with narcissistic tendencies, remember that you are not alone and there is help available. Seek professional help if you feel like you need it. Narcissism can be a difficult thing to deal with but it is possible to make positive changes in your life.

To conclude narcissism genetic is often passed down through families. It is a mental disorder that can be treated with therapy and medication. According to studies, narcissism is on the rise and is more common in men than women. It is believed that genetic predisposition, combined with environmental factors, contributes to the development of narcissism.

While some people may be more prone to narcissism than others, it is important to remember that we all have a little bit of narcissism in us. It is only when these qualities become excessive and start to interfere with our everyday lives that they become a problem. If you think you or someone you know may be suffering from Narcissistic Personality Disorder, please seek professional help.

You can contact Mantra Care for an expert consultation. Our team of mental health experts would be happy to help you or your loved one get the treatment you need. Mantra Care offers online mental health services around the globe at an affordable rate. You can also book a therapy or download our free Android or iOS app. Contact us today to get started!