In a relationship, who says “I love you” first? A recent study has found that it is the woman who typically expresses her feelings to a man. This may be due to societal pressures or fear of rejection. The pressure for men to express their feelings is often not as great because society views them as less emotional. As an article on Huffingtonpost states, “The fact that women are encouraged from a young age to wear their hearts on their sleeves could also play into this.” In short, the answer depends largely on what gender your partner is and how comfortable they feel with expressing themselves emotionally.

What Does “Who Says I Love You First” Mean? 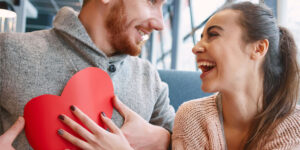 The psychology of love dictates that the first person to say “I love you” in a relationship is usually the one who is most invested in it. This may be because they want to ensure that their feelings are reciprocated, or simply because they’re more eager to express their emotions than their partner is.

However, there are exceptions to this rule; if one partner feels insecure or uncertain about the relationship, they may be more likely to take the lead in saying “I love you”. And sometimes, both partners will say it at the same time!

So when it comes to saying “I love you”, there’s no set formula – it all depends on the individual couple and their unique dynamics. But one thing’s for sure: whoever says it first is definitely taking a risk!

Reasons Why Someone Says I Love You First? 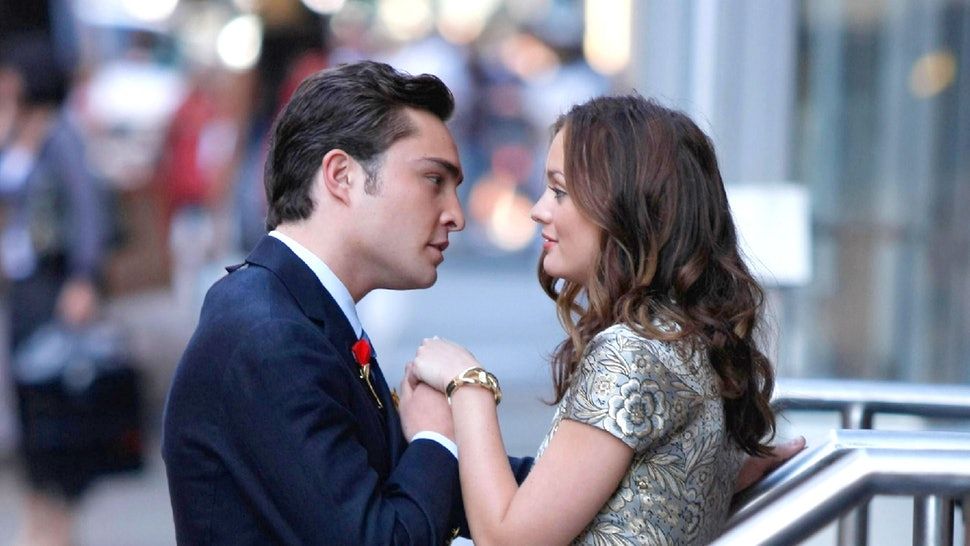 There can be many reasons why someone says “I love you” first in a relationship. Some of these are:

This phrase can help to convey commitment. It also helps as a precursor to marriage proposals. By saying “I love you”, the speaker is effectively telling their partner that they want to spend the rest of their life with them.

Saying “I love you” is also a way of expressing emotions, both physically and emotionally. It’s a way of showing your partner that you really care about them and that you want to be there for them no matter what happens.

So if you’re feeling overwhelmed by strong emotions for someone, saying “I love you” might be the best way to express them. This also means that you need to express your emotions if you fell for someone. This is also very important because this can be the first step of a beautiful journey.

Another way is to show your dominance over the other person, particularly if you’re a woman and he’s a man. By saying “I love you” first in the relationship, you can show that you are more passionate than him – it puts him on the back foot!

Sometimes people say “I love you” because they want to know where they stand with their partner emotionally; or because they need reassurance from them. This is especially true for women who have been hurt by men before and find it difficult to trust new partners. They may feel anxious about whether their feelings will be reciprocated, so initiate contact themselves by saying “I love You”.

Fear Of Losing Your Partner

Often when one partner says ‘ I love you first in a relationship, it’s because they are afraid of losing their partner. They feel that if the other person doesn’t say ‘I love you too’, then maybe they’re not interested or don’t care about them enough – and so take action themselves by saying “I love You” first.

Sometimes people will use this phrase to postpone having to respond when asked whether they like someone or want something serious with them. For instance: Person A asks, “Do you think we should be exclusive?” If Person B says yes straight away but secretly isn’t sure, he may choose to keep his options open by replying with an ambiguous answer such as “Sure I guess.” He can now avoid the question without feeling guilty.

Benefits of Saying I Love You First? 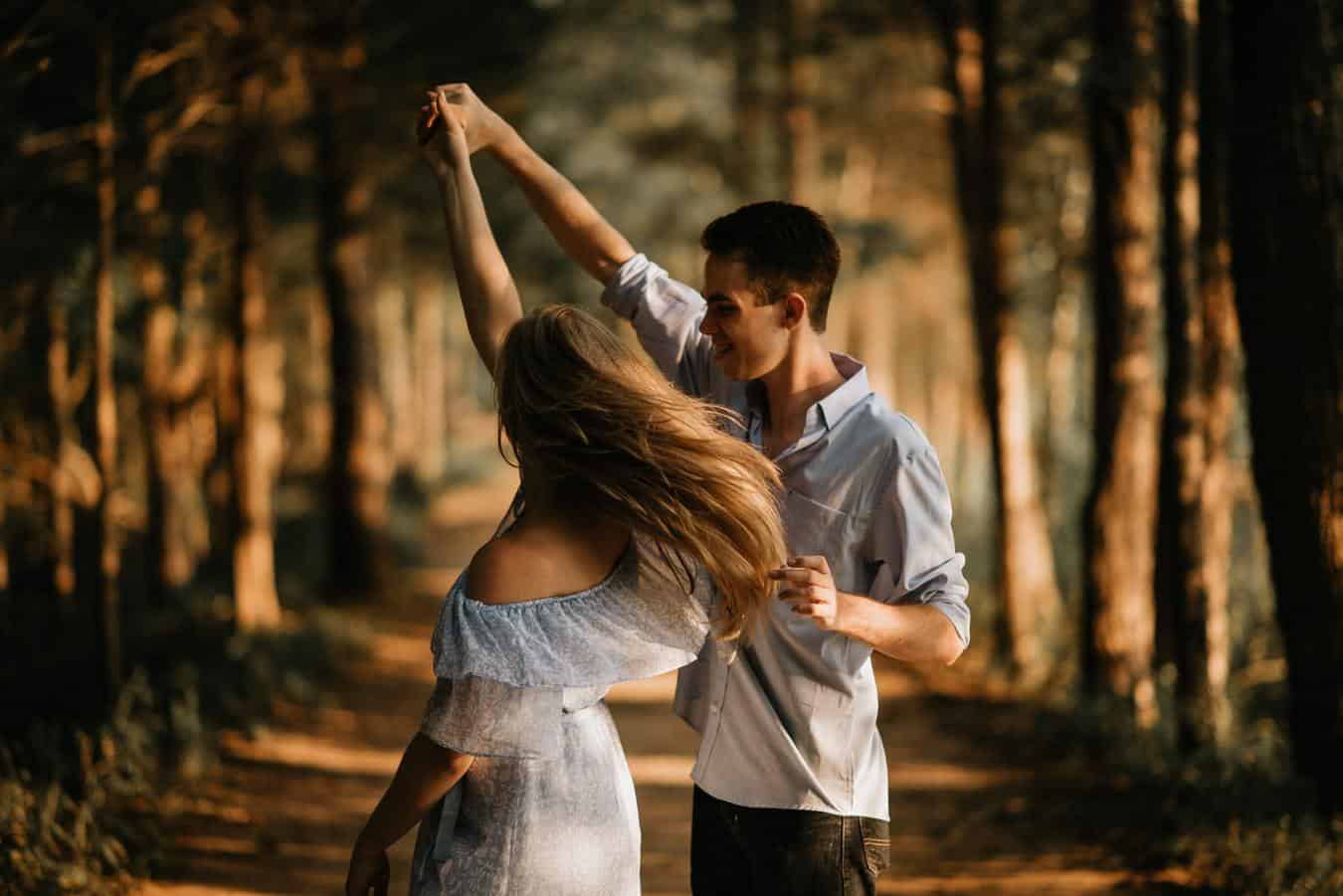 There can be many benefits to saying “I love you” first in a relationship. It can in two aspects: who says it first and for whom one says it first.

Benefits Who Says I Love You First

It can be very beneficial to someone who says it first in the relationship. Some of these are:

This gesture can be seen as a show of dominance and can also make the other person feel inferior to you. The saying “I love You” first, therefore, shows that you are more passionate than them, which is very attractive for many people!

If someone says ‘ I love you’ before their partner does, it gives them time to think about what they’re feeling towards this person – so if they decide later on that they don’t want anything serious with this person, after all, there’s no awkwardness or embarrassment involved. They just have to say: “Sorry but I’m not ready for a relationship right now.” It saves both parties from future heartbreak and disappointment because everybody knows where they stand in advance.

Makes Your Partner Jealous Of Other Women/Men

Because saying this phrase is such a powerful one, many people like using it as part of their seduction strategy! If they make other women (or men) feel jealous by saying “I love you” to them first, then they’re more likely to want what the other person has – especially if the person is with someone else. . So this can be a great way to make your partner feel insecure and on edge about whether or not you’ll stay with them.

Benefits For Whom Says I Love You First

Similarly, it can also benefit the partner who hears “I love you” first in a relationship.

The person who says “I love you” first will often have the advantage of making their partner feel special. This can be a great way to show your commitment and passion for them, especially if you’re trying to win someone back or rekindle an old flame that’s been lost in recent times.

Makes Partner More Likely To Say ‘I Love You’ Back

Because this phrase is such a serious one that shouldn’t be said lightly, if someone says it to you first then they’re more likely to say “I love you” back. This can save many potential arguments and fights in the future because there’s no confusion about what either person wants from each other – which makes everything much clearer for everyone involved! So when your partner does say I love You for the very first time, remember: whoever says those three simple words first has an advantage over whoever doesn’t, but don’t worry even if you feel like saying them or hearing them said too early in your relationship as long as both parties are happy with their situation. Do not be afraid to say I love you first.

Gives You Head Start In Relationship

If you’re a bit more forward in getting into the relationship and saying ‘I love you’ first, then this can be an advantage for your partner. It means that they don’t have to work so hard at making their feelings clear or taking many risks – which is especially good if one of them has been hurt before by other partners! All they need to do is show how much they appreciate what’s being offered by simply returning those three little words: “I Love You”.

Disadvantages When Someone Says I Love You First 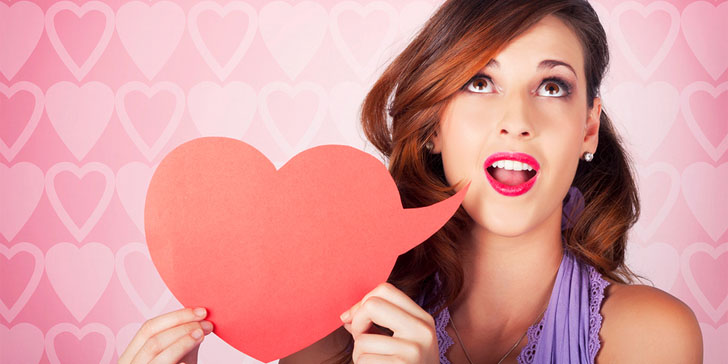 There can be many disadvantages as well for someone when they say “I love you” first in a relationship. Some of these are:

If someone feels the need to constantly be saying “I love you”, it can often be a sign that they’re feeling insecure and don’t feel good enough about themselves. So this could mean that your partner may not be very confident, which isn’t always attractive!

Can Come Across As Desperate

Saying “I love you” too soon can sometimes come across as desperate, especially if one person is always doing all the talking. This means that your partner may not take you seriously and see you as someone who’s just after their affection – which is never a good thing!

If your partner isn’t ready to say “I love you” back, hearing it from you first can make them very uncomfortable. This is because it puts a lot of pressure on them to reciprocate those feelings, and they may not be ready to do that yet. So if this happens, try not to take it too personally and just give them some time to come around – but don’t wait too long, or else the opportunity may have passed!

Tips For Someone Who Says I Love You First 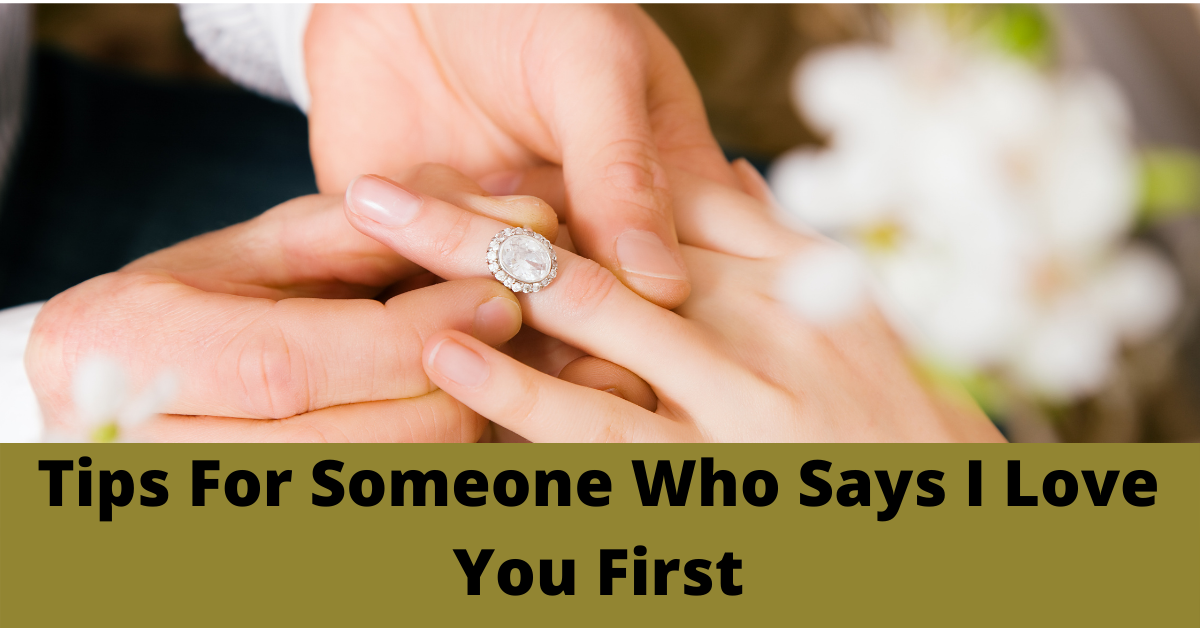 There are many tips that one can follow if they want to say “I love you” first in a relationship. These are:

In conclusion, whoever says “I love you” first in a relationship often has the advantage. However, this doesn’t mean that the other person can’t say it back if they want to – as long as both parties are happy with their situation, there’s no problem! Just remember these tips so that things go smoothly for everyone involved. Thanks for reading. You can also visit MantraCare to read more about these blogs,

At Mantra Care, we have a team of therapists who provide affordable online therapy to assist you with issues such as depression, anxiety, stress, relationship, OCD, LGBTQ, and PTSD. You can take our mental health test. You can also book a free therapy or download our free Android or iOS app