Low serotonin symptoms are common for many people. Symptoms can range from mild to severe, depending on the person’s situation and the severity of the condition. These symptoms often include depression, anxiety, fatigue, irritability, and cravings for carbohydrates or sugar. This blog post will discuss the causes of low serotonin levels as well as prevention methods and treatment options.

Serotonin is a neurotransmitter that helps transmit signals between the brain and the body. It’s responsible for many important functions, including mood, sleep, appetite, and sexual function. Therefore, it’s sometimes called the “happiness hormone”. Furthermore, there are two types of serotonin receptors called “receptors”: the one you want to be healthy is located in cell membranes and can send or receive chemical messages. However, the other type, which produces the hallucinogenic effects of LSD and other psychedelics, is found on nerve cells (neurons).

A high level of serotonin is associated with feeling elated, energetic, confident, and optimistic. 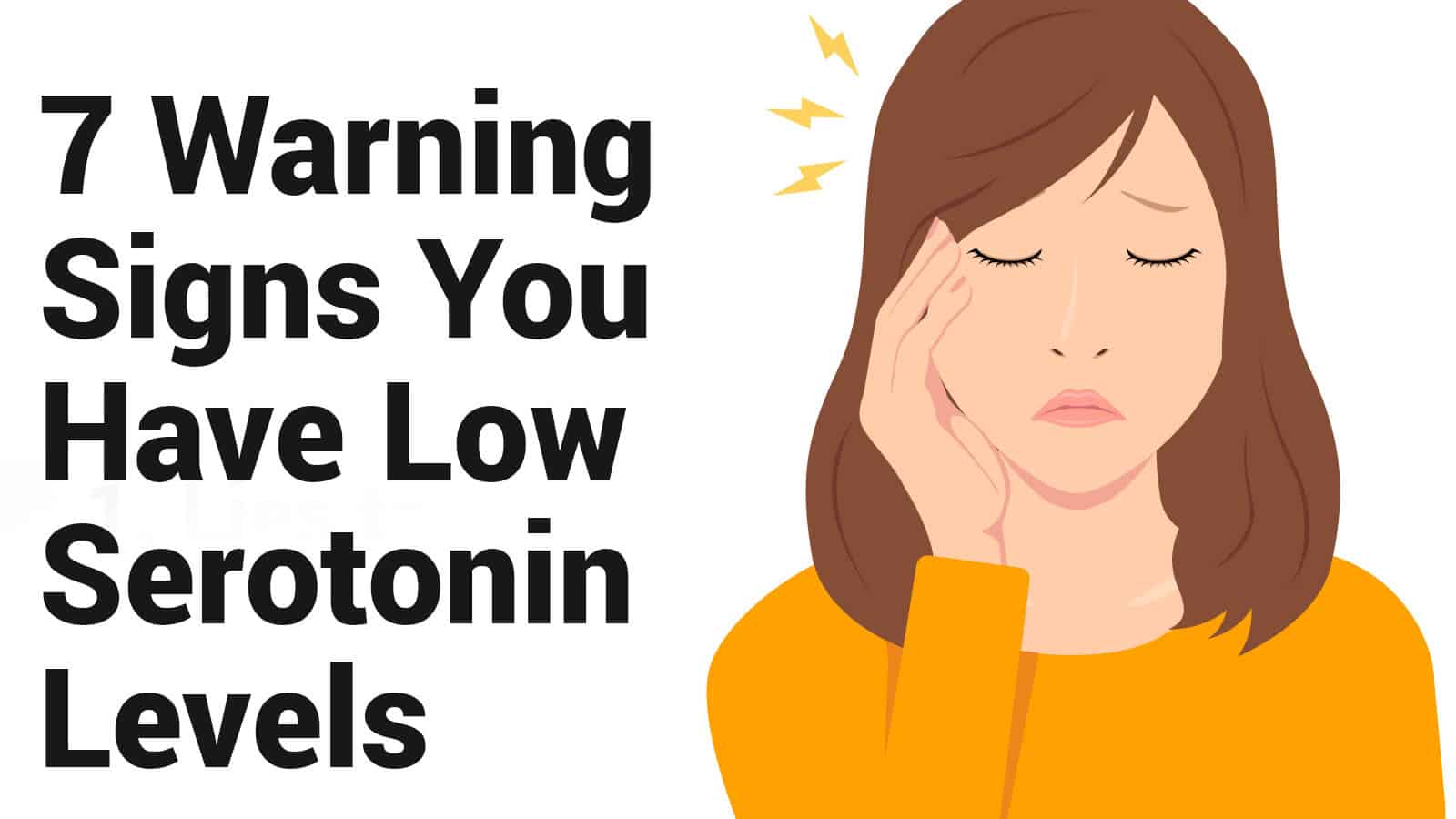 There are many symptoms of low serotonin levels, and they can vary from person to person. Some common symptoms include:

Depression can be a reason for low serotonin levels. It is a mood disorder that is characterized by persistent feelings of sadness, emptiness, and hopelessness.

Anxiety is another common symptom of low serotonin levels. It’s a feeling of unease, dread, or worry that can be mild or severe.

Mood swings are a common symptom of low serotonin levels. People with low serotonin often go from feeling sad and depressed to feeling happy and optimistic, and then back again.

People with low serotonin levels often experience changes in their weight, either gaining or losing weight without any change in their diet or activity level.

Low serotonin can lead to problems with sexual function. This can include decreased libido, difficulty achieving orgasm, and erectile dysfunction.

There are many reasons why someone might have low serotonin levels. Some common causes include:

There are many ways to increase your serotonin levels naturally. Some of these are

How To Treat Low Serotonin Levels?

There are some ways to treat low serotonin levels. Some of these are

Low serotonin levels can cause a variety of symptoms, both mental and physical. There can be many low serotonin symptoms, and they can vary from person to person. There are many causes of low serotonin levels, including stress, poor diet, lack of exercise, vitamin deficiencies, or drug abuse. These can have a major impact on someone’s life physically and mentally.

A number of ways are there to increase serotonin levels naturally, including dietary changes, exercise, sunlight exposure, and supplements. If you are experiencing low serotonin symptoms, talk to your doctor about treatment options.