Are you a woman who has been dating a man for a while and he won’t commit? Is it so hard to find someone who will commit these days? You are not alone. Many men have commitment issues, but if they keep stringing women along without being honest about their feelings, the problem is theirs–not yours. In this blog post, we discuss the reasons why some men are afraid of commitment and how you can help them overcome those fears. 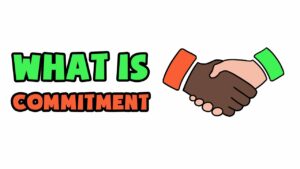 Commitment is making a conscious decision to be dedicated to something or someone. It is the willingness to stick with something through thick and thin. When you are truly committed to something, you put your all into it. You give it your full attention and focus. You refuse to give up no matter what challenges come your way.

Are Females Afraid of Commitment? 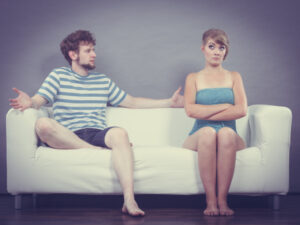 Women cannot be afraid of commitment because they typically do not commit until after the relationship begins. This means that women will often agree to terms like monogamy or exclusivity. This is before there is any real understanding between them. Men tend to misinterpret this behavior as fear of commitment rather than confidence in their own standards. They think that if she’s willing to sleep with me without demanding anything else right away, then I must be doing something right!” It seems logical at face value; however, it is actually a sign of insecurity.

It’s important to understand that commitment is not just about sex or exclusivity. It’s about making a decision to be dedicated to someone or something and sticking with it through thick and thin. If you can’t do this, then you are not truly committed.”

Are Men Afraid Of Commitment? 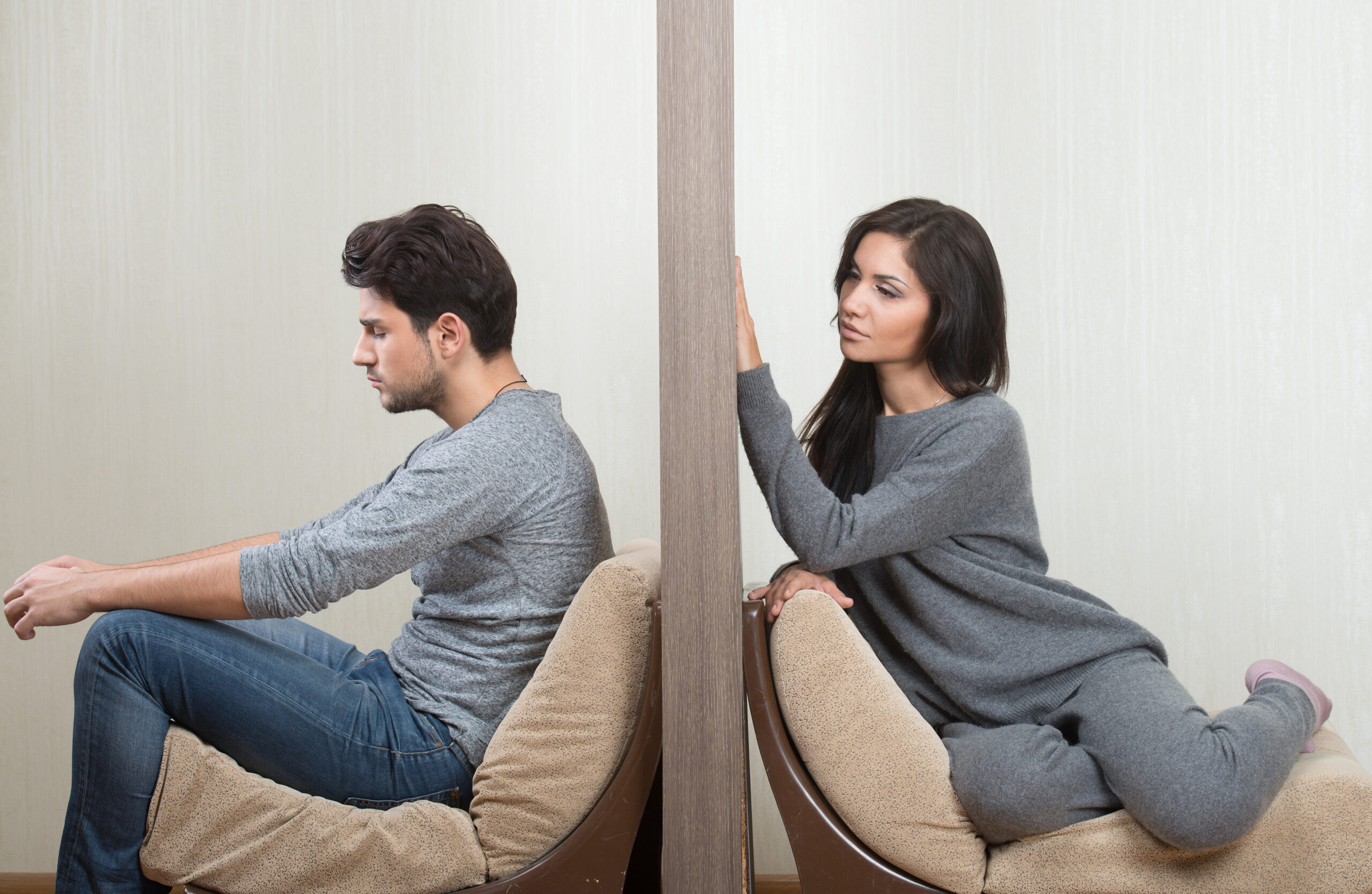 So are men afraid of commitment? The answer to this question is complicated. Some men do fear commitment, while others see it as a sign of strength and courage. It really depends on the individual man and his personal definition of commitment.

For some men, committing to one person may seem like too much responsibility. They may feel like they would be giving up their freedom or independence if they were in a committed relationship. Other men may simply not be ready for marriage or fatherhood yet and may avoid any kind of serious commitment altogether.

Whatever the reason, there are plenty of single men out there who are unwilling to commit to anything or anyone.

Signs That Men Are Afraid of Commitment? 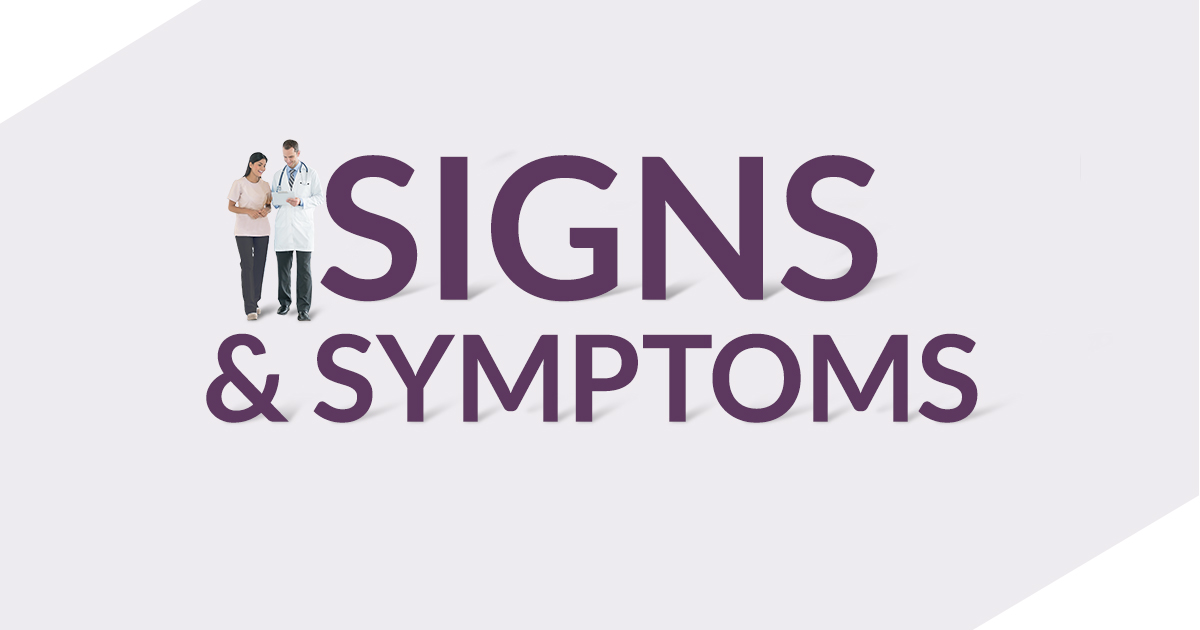 If you are a woman who is trying to figure out if the man she is interested in is afraid of commitment, here are some signs to look for:

If the man you are dating is constantly avoiding any conversations about future plans. This could be a sign that he is not interested in committing to anything.

Doesn’t Want to Make Plans With You

Another sign that a man may be afraid of commitment is if he doesn’t want to make any plans with you. This could mean that he is not ready for a serious relationship. HE does not see you as having long-term potential.

Tends to Ghost or Flake on Plans

If the man you are seeing tends to disappear or flake on plans last minute, this could be another indication that he’s not interested in committing.

Always Looking for Something Better

If the man you’re dating seems like he’s always looking for something better, this could be a sign that he’s not ready to settle down.

If the man you’re dating is always getting distracted by other things, it could be a sign that he’s not really interested in committing to you.

Tries to Control You

If the man you’re seeing starts trying to control your behavior or how you spend your time, this could be a red flag that he’s afraid of commitment.

These are just some signs to look for if you think the man you’re dating may be afraid of commitment. If you see any of these signs in your relationship, it may be time to move on.”

Reasons Why Men Are Afraid of Commitment?

These are some of the reasons why men may be afraid of commitment:

Does Not Want To Lose Freedom

Some men may be afraid of commitment because they do not want to lose their freedom or independence. This means that they may be unwilling to make plans with you. Maybe they do not want to spend time together outside of the bedroom. They may avoid getting serious about your relationship.

Some men are afraid of commitment because they need lots of space and alone time. This means that they will try to keep their options open by avoiding any kind of long-term commitment like monogamy or exclusivity.

While some men do fear committing themselves fully to one person, others simply aren’t ready yet. They may still want casual sex without strings attached while also wanting more emotionally fulfilling relationships as well. If this is the case, he probably won’t mind if you start seeing other people.”

Does Not See You As Relationship Material

If the man you’re dating does not see you as relationship material, he might think that one-day things will fizzle out between the two of you. They may stop wanting to commit before anything gets too serious. This could also mean that he doesn’t view himself as someone who is capable of being in a committed relationship with anyone at this point in his life either.”

Afraid of Being Abandoned

One of the main reasons why men are afraid of commitment is because they are afraid of being abandoned. They may have had a previous relationship. It is where their partner ended up leaving them. As a result, they develop a fear of being in another relationship where they might get hurt again.

Afraid of Being Controlled

Another reason why men may be afraid of commitment is that they are afraid of being controlled by their partners. They may feel that if they commit to someone, their partner will start controlling them. Their partners will be dictating what they can and cannot do. This can be an especially scary prospect for some men who like to have control over their own lives.

Afraid of Settling Down

Some men are afraid of settling down because they think that it means giving up all the fun and excitement in life. They may see settling down as synonymous with becoming boring and monotonous, and as a result, they avoid committing to anyone in order to retain their sense of adventure.

Fears of Getting Hurt

Commitment can be a scary prospect for some men because they might fear that their partner will end up hurting them in the future. They may have been hurt by someone else before, and as a result, they want to avoid getting into another relationship where this same thing could happen again.

Afraid of Being Alone

For some men who are afraid of commitment, it is not necessarily about fearing being abandoned or controlled; rather it’s more about fearing being alone. These individuals see themselves as loners at heart who would much rather spend time alone than with other people, including romantic partners. As such, committing to one person means giving up all hope of ever having any personal space something which many men dread doing.

How To Help Men Afraid of Commitment? 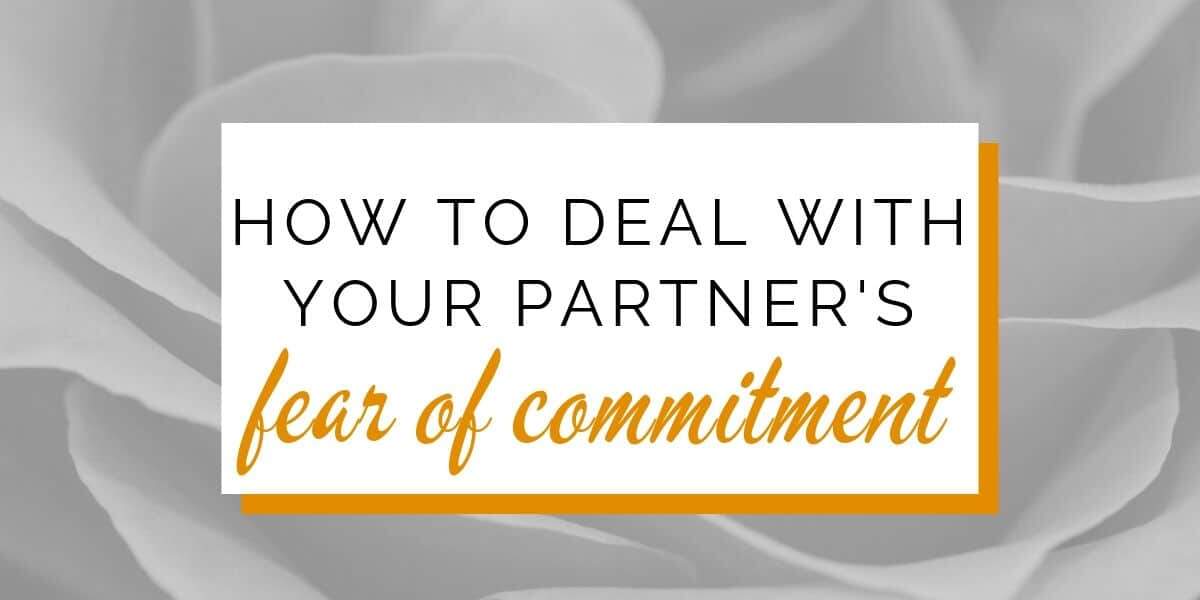 If the man you’re dating seems like he’s worried about committing and doesn’t want anything serious with anyone at this point in time where can help him:

Be Open About Your Feelings

The first thing any woman should do when she thinks a man might not be ready for commitment yet tells him how she feels about him. By being open and honest with her feelings, a woman can make it clear that she is interested in having something serious with him and not just casual sex.

Be Patient With Him

If you’re worried about the man you’ve been seeing being scared of commitment, what you need to do is be patient with him. You never know if he may have had a bad breakup or divorce. This may have made him gun shy. This is when it comes to committing himself fully to another person again.”

One of the best things a woman can do when it comes to a man who is afraid of commitment is to be understanding. This means that she should not put pressure on him to change or get rid of his fears. She can instead support and love him through them.

Another way you can help the man you’re dating overcome his fear of commitment is by making him feel comfortable with the idea. This could mean discussing Commitment Phobia openly and honestly, being okay with taking things slow. It is even just hanging out in a low-pressure environment.”

Some men don’t want to commit. This is because they feel like there are so many other people out there, but the reality is that a lot of those relationships won’t work. They can also be scared of being hurt again or not measuring up in comparison to their father’s relationship with their mother. Regardless, it seems as though this common fear will continue for some time and may even worsen if we keep seeing more divorces and children from broken homes. It’s important that fathers who have custody spend quality time with their kids on a regular basis- especially boys! If you’re one of these guys afraid of a commitment then try getting help from professionals before your situation gets worse or starts affecting your finances negatively.